(It is good to know what people call journalists, are actually enemy propaganda info-mercenaries who invent targets and destroy them) For more than two months, Revolver has worked to expose the true nature of the 2020 presidential election. Powerful forces in the national media, academia, intelligence services, and the courts are fighting to prevent America from holding an ordinary vote on November 3. Instead, they plan to pull off an Eastern Europe-style “color revolution,” where institutional forces are used to bring about the intended outcome regardless of what the law says or what the public wants, while giving the whole process a gloss of democratic legitimacy.

Harassment, censorship, and intimidation of Trump supporters by any means necessary is a key element of the “color revolution” strategy. And Brandy Zadrozny of NBC News is a key hatchet woman working on behalf of the oligarchs.

Zadrozny has a long history of targeting Trump supporters for doxing, censorship, and harassment. She poses as a neutral reporter, but like so many other “journalists” in 2020, she is simply an ideologically-motivated hitman.

2. 11 countries including Iran have banned the mRNA gene therapy treatment for Covid 19. I guess a broken clock…

3. The criminalization of non-leftist policies continues in Airstrip One as police try and locate who delivered anti-mass migration leaflets door to door.

POLICE are appealing for information after anti-immigration leaflets were delivered to homes in Stroud.

A far right group has been posting the flyers, which claim white Britons will become “a minority by the 2060s or sooner”, through resident’s letterboxes.

Officers would now like to hear from people who have received the leaflets so they can identify which areas have been affected.

Sgt Garrett Gloyn of Stroud Police said: “In recent weeks we have been contacted by residents in the Stroud area who have reported receiving leaflets amongst their post the content of which has either concerned or offended them.

“These leaflets are entitled ‘White Britons to be a minority by the 2060s – or sooner’ and argue of the damage caused by immigration to the UK.

“Our enquiries suggest that the leaflets are being delivered door to door by one or more individuals, rather than an organisation such as the Royal Mail.”

Sgt Glyn added: “Legal advice obtained by Stroud Police suggests that the content and delivery of the material may amount to an offence under section 18 of the Public Order Act – the use of written material to stir up racial hatred.

(So opposing making a minority of white people who founded and built GB/England is a crime, while taking down the borders effectively and allowing millions to enter the country illegally, that is not somehow. The key thing here is the lightly disguised criminalization of non-communist policies. We saw the same thing happen to Geert Wilders almost exactly for doing his job to the letter as leader and immigration critic for an opposition party in the Netherlands. The same was done to Matteo Salvini that had the temerity to actually stop a boat load of illegals from stepping foot in italy, which they had no legal right to do. He is now on KIDNAPPING charges for keeping them on the boat. Worse, the judge in that trial himself demanded the trial take place when prosecution tried to drop it, and the judge, an avowed leftist, was also caught having a private dinner with his daughter at a restaurant after the order was given to have them all closed.)

(As the only sexual orientation that is not allowed to exist is a man who is only sexually attracted to an actual woman, born with 2X XX Chromosomes, we learn that the entire basis of the LGBTQ of inclusivity and tolerance was a total lie, and that the actual purpose of it was the dialectic negation of normalcy and promotion of anything that would be destructive to civilization. Its nice to see the mask slip now and again.)

The founder of the ‘super straight’ movement, which asserts the right to not be attracted to transgenders without being labeled “transphobic,” received a wave of harassment and death threats after the media ran hit pieces against him.

Anyone else super straight? Big respect to this guy createing a new thing. #superstraight pic.twitter.com/hdLdeV82xK

In the clip, Royce explains, “Since straight men get called transphobic because I wouldn’t date a trans woman…now I’m super straight, I only date the opposite gender – women that are born women – so you can’t say that I’m transphobic now because that’s my sexuality.”

SALT LAKE CITY (KUTV) — During a KUTV investigation into COVID-19 vaccine side effects and where to report them, we found four reported deaths, filed by Utah families and their caregivers to the CDC’s Vaccine Adverse Effects Reporting System.

One case stood out, a 39-year-old single mom from Ogden who died four days after her second dose of the Moderna COVID-19 vaccine. Her family, who is now waiting on an autopsy, held a celebration of life for her this past weekend.

Kassidi Kurill, by all accounts, was healthy, happy and “had more energy” than just about anyone else around her. Her family told 2News she had no known health problems or pre-existing conditions.

6. FUREY: Ontario’s virus goalposts have shifted — but to what?

What is it that Ontario’s actually trying to accomplish now with its COVID-19 response? What’s the objective? What’s the game plan?

Last year, things were a lot clearer: Flatten the curve? We knew what they meant and — take a look at that chart showing Ontario’s massive drop in cases — we accomplished it. Protect the hospitals from overwhelming? Again, mission accomplished.

How about this one: No more tragedies at long-term care facilities. Another check mark. “Vaccination in long-term care has paid off,” reads the new Science Table report. As LTC residents are near 100% vaccinated, there have been a few days recently where the number of new cases and deaths in those facilities has been zero.

So what’s the new plan, guys? One can be cynical and ask where have the goalposts moved to this time or one can be genuine and ask to be given a new mission statement to line up behind — but whatever the question, no answer was offered.

(The mission appears to keep Ontario under overwhelming government control)

Thank you Michelle, M., Yucki, Marianne Walters, Hellequin GB., Gates of Vienna, EB. and many more who manage to retain some individuality of thought. 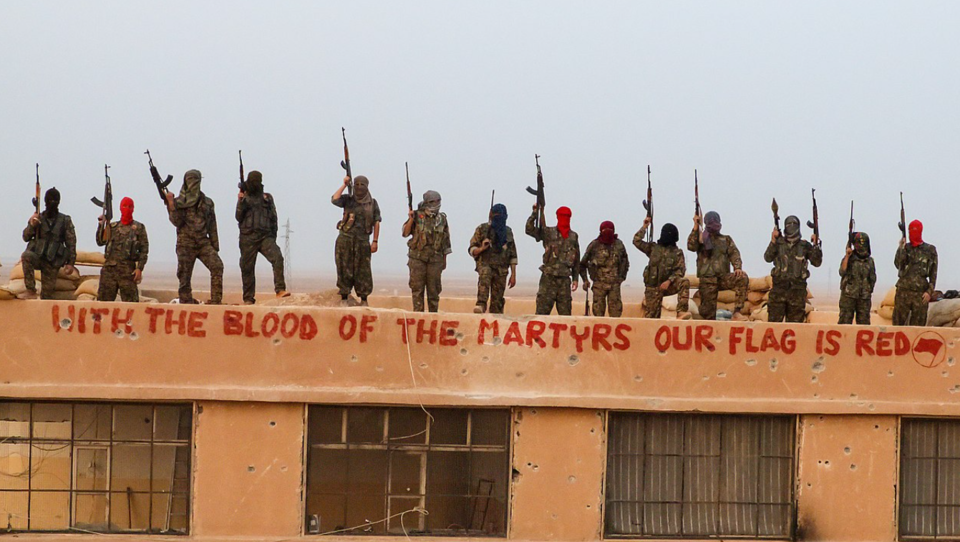 17 Replies to “Looking at the tactics and deceptions of the left in its revolution against reason: Links 1, March 12, 2021”