1. CNN is DOXXING people who went to Capitol Hill. Now why would a news org do that? 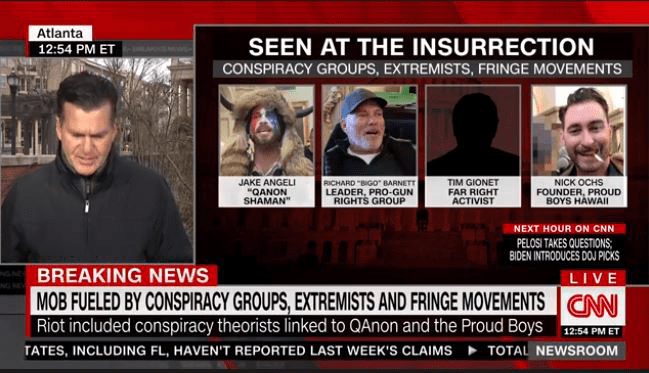 2. From “Protests are American” to “Those are domestic terrorists!”

3. Now that Trump has gone I guess we can all look forward to that boring peace and prosperity to turn deliquescent. IRGC underground missile base.

Original video on this page.

Iran's Islamic Revolutionary Guard Corps (IRGC) has publicized the existence of a new top-secret underground missile base belonging to the IRGC Navy.pic.twitter.com/vN5Yk15rJP

4. Quebec races across the finish line to be Canada’s first police state under MARTIAL law. (Was gonna spell it marital for a laugh but nothing is funny anymore)

Anyone in Quebec caught outside between 8 p.m. and 5 a.m. can face a hefty fine, with very few exceptions. Homelessness is not one of them. https://t.co/fCuodxMasT

(Click through to read comments and details at Twitter. For one thing, you will find out why so many people want dogs now)

5. Many Americans are seeing Republicans out in the wild and offering them opinions on their conduct. Still not as bad as what Democrats did for 4 years to Republicans at restaurants and everywhere else at the prompting of Nancy Pelosi and infinitely more deserved in this case.

JUST IN – Lindsey Graham approached by an angry crowd at the airport in DC, ranting "You traitor."pic.twitter.com/usNJMMpt8B

Thank you M., Wrath of Khan, Johnny U., PC., EB., Pym Purnell, MissPiggy, and a LOT of other people containing their rage and disappointment enough to continue the fight.

3 Replies to “Enemy propaganda solidifies in its method and purpose: Links 2, January 8, 2021”