1. Another Covid faker in Alberta

Ooh the deceptions and deceit is unending and never ending in politics #cdnpoli #onpoli #wearelivingalie https://t.co/gHzNiZNiAT

(When people really believe a thing, they act accordingly. Even if they act in a manner that we might not based on that belief, it still shows sincerity. The vast number of politicians who clearly act as though Covid19 is not any kind of real threat tells us all what we need to know. And the fact that the CBC uses hypocrisy of non-leftist politicians for political advantage while making cover for Trudeau and other leftists, also tells us what we need to know about enemy propaganda agencies like the CBC)

2. Teens accused of killing Calgary officer turn themselves in

Officials say two teens have been arrested in the death of a Calgary police officer.

Police say the accused turned themselves in on Friday afternoon.

The 17-year-old and 19-year-old had been wanted on charges of first-degree murder in the death of Sgt. Andrew Harnett.

Police say Harnett pulled over an SUV in the city’s northeast shortly before 11 p.m. on Thursday after noticing plates on the vehicle did not match its registered description.

They allege the vehicle took off, hitting the officer and dragging him down the road.

Police have said the 17-year-old boy was believed to be behind the wheel, while Amir Abdulrahman, 19, was likely riding as a passenger. […]

Officers are searching for Al-Azan Shah Muhammad, 17, and Amir Abdulrahman, 19, both of Calgary.

Police say they applied to the courts to get permission to identify the younger suspect. People under the age of 18 who are facing charges aren’t typically allowed to be named under the Youth Criminal Justice Act. 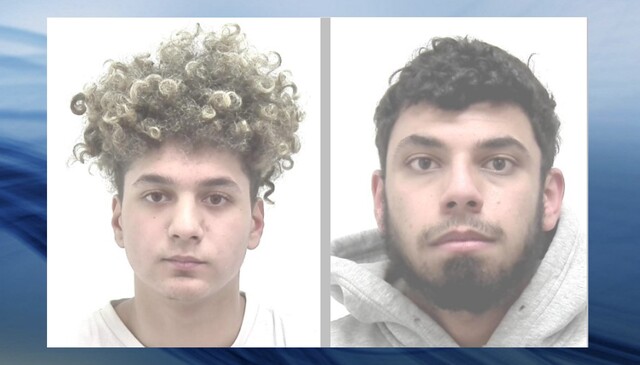 3. NYT Award winning journalist: ‘I Want To Find An Antimasker And Beat Them To Death’; ‘You F***ing Christians’ Are What ‘Jesus Condemns’

On New Year’s Eve, left-wing journalist and New York Times bestselling author Kurt Eichenwald wished “pain & misery” on Republicans and said that he wants to find an “antimasker” and “beat them to death.” During the volatile rant, Eichenwald also scolded alleged “anti-mask” “F***ING ‘Christians’ who preen about God saving [them] from COVID,” claiming they are who “Jesus condemns.”

“I have so much hate in my heart tonight. My sister, widowed by COVID, has Covid because of antimaskers,” he wrote on Thursday. “About 4,000 died today; GOP says nothing. [Republican Sen. Josh Hawley] & his ilk are working to harm America. I wish them & their loved ones all the pain & misery they inflicted on this country.”

4. “We Want Everything”: Pelosi’s San Francisco Home Vandalized With Pig’s Head and Spray-Paint

The San Francisco home of Speaker of the House Nancy Pelosi (D-CA) was vandalized overnight, according to photos posted online and a report by TMZ. A pig’s head in blood-red liquid was left on the driveway in front of the garage door that was covered in black spray-paint. The garage door was tagged with the anarchist-Antifa symbol.

Appalling.@FogCityMidge is right. News is ignoring.

I took this picture just 5 minutes ago. They are literally covering it up.

Dems like Pelosi will learn sooner or later: you cannot appease the violent left. https://t.co/Ohih0zVTpO pic.twitter.com/0JOxzj9KA4

(We, at VladTepesBlog, have one message for Speaker Nancy Pelosi. “Do you still think you can control them?”

PHILADELPHIA—A group of people dressed in black vandalized at least two federal buildings in downtown Philadelphia on New Year’s Eve, and police said they recovered Molotov cocktails and other suspicious devices as they arrested seven of them, authorities said Friday.

Officers spotted about 50 people, all in black, around 8:30 p.m. Thursday at the historic U.S. Customs House, police said.

And a 25-year-old man was seen throwing a brick through the windows of a federal building and courthouse shortly before 9 p.m., police said. He fled with a 24-year-old man and two 23-year-old women, all of whom were arrested.

Damage to the building was estimated at about $3,000. Anti-police and anti-prison graffiti were scrawled on walls, a sheriff’s van was defaced and several windows were broken.

(Jeez I wonder who that could be)

Thank you all for your diligence, who participated in the resistance to what you are all about to see in the next post.

5 Replies to “More proof the pandemic is not real, since so many legislators break the rules and more: Links 2, Jan. 2, 2021”