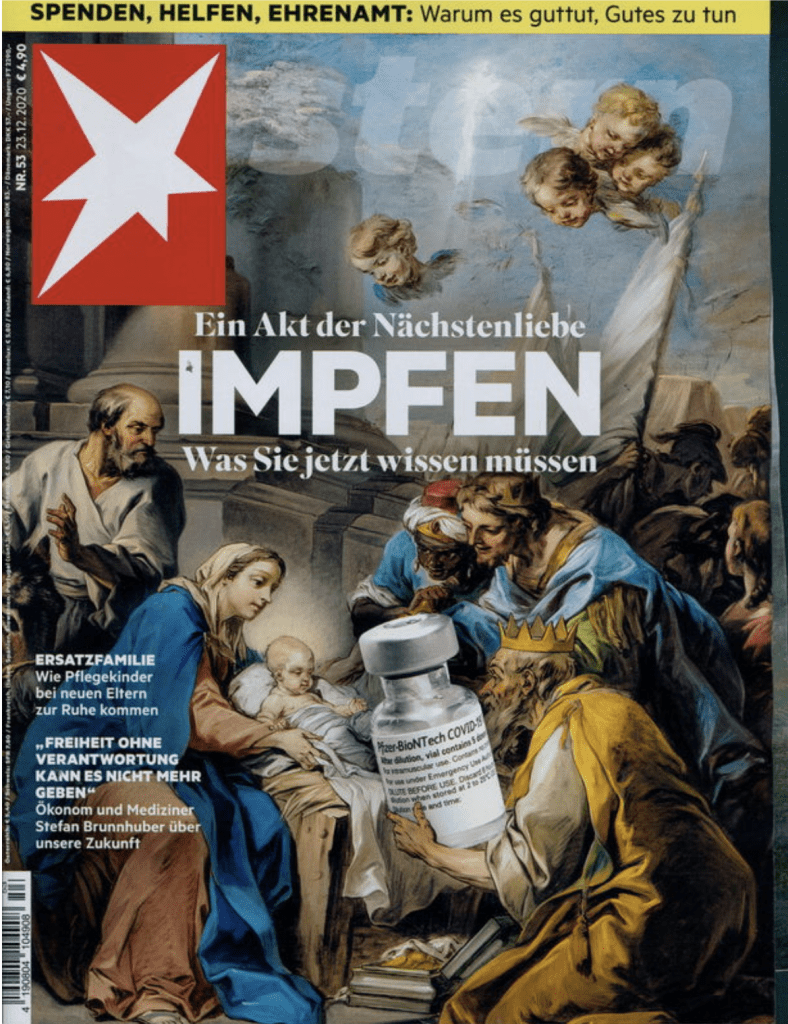 Laszlo offers these titbits from the cover:

The main title on the cover:

“Ein akt der Nächstenliebe
IMPFEN
Was Sie jetzt wissen müssen”
=
“An Act of Brotherly Love / Charity
VACCINATE
What you have to know now”
One title on the cover:

Thank you Laszlo and Gates of Vienna

RELATED: Spain Will Keep a REGISTRY of People Who Refuse the COVID-19 Vaccine

According to Spanish Health Minister Salvador Illa, Spain will create a registry of people who refuse the COVID-19 vaccine.

“What will be done is a registry […] of those people who have been offered it and simply rejected it,” Illa said on Spanish television.

Maria Jesus Lamas, head of Spain’s Medicines Agency, also said on a radio program that the registry would be used “to understand the causes behind declining the vaccination” and that they would keep the names of individuals anonymous.

Despite the claims that Spain will neither make the COVID-19 vaccine mandatory nor publicize the registry, the potential problems of keeping a list in the first place are legion. Even some healthcare professionals in Spain are expressing their concerns.

2 Replies to “German MSM magazine: “Freedom without responsibility can no longer exist””