Justin Trudeau from the end of July 2020

More recently, Trudeau explains to the UN how he plans to reshape Canada in a socialist image. (Starts at about 2:40)

In the clip below, Trudeau explains how he plans to finish his father’s work, destroying the “antiquated idea of the Nation State”

And then there is what Trudeau said to the New York Times shortly after he was elected: 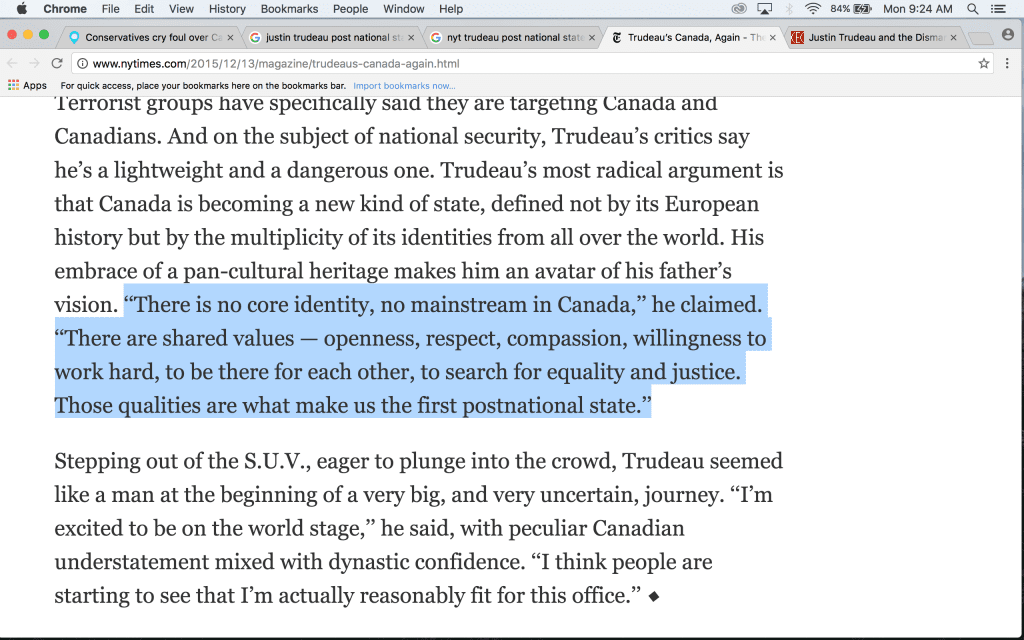 More recently, Trudeau works with other far left communist and Islamic leaders to march us into a global world with his ideology as the law

Is that an effort at hypnotizing with all the repetition of “The Future We Want” at the end of this creepy UN/#GreatReset PSA ?@ScottAdamsSays might know? https://t.co/sT0vxx9HNu