Bang on! Where are the sleepy Canadians, the “silent majority”? There are many folks in Canada feeling exactly like this guy, myself included. Time to take a stand Canadians! It’s more than just about you! ?? https://t.co/F7nSpLIiTn

2. Dinesh D’Souza has a new film coming out this August. We must get copies before its totally blocked through all distribution networks, and show it to our friends at our homes.

3. There are a lot of these out now. Here are a couple:

4. FOX Discussion on the curious discrepancy between BLM’s claims of motive for its actions, and its actions.

There's a reason why they say, "Don't negotiate with terrorists." I went on @FoxNews with @ShannonBream & Deroy Murdock to discuss the mob movement behind the destruction of public property in American cities. #BlackLivesMatter #Antifa pic.twitter.com/BE7Gtg9bZA

5. This is a one hour lecture on the new victim culture from an academic, but insight driven perspective. Specifically, his facts are important and we all need to know them. But his explanation for the motive for the British National Student Union to de-platform some of the most interesting people, (for example) as well as massively leftist feminist and gay activists seems derived from observation and insight. It is not without value. But it may help us to understand the Frankfurt School’s second generation tactician, Habermas.

Habermas came up with a specific method for forcing a Marxist view on a culture by creating not agreement, but consensus. A very different concept from agreement. And then by deliberately labeling all independent thought about that consensus as “hate speech”. Probably the best example would be to call all who use real science to discuss the lack of evidence for Global Warming as “Deniers”. Therefore, all who do not accept the consensus of man-caused, more specifically, Western capitalist man caused, Global Warming is tantamount to a Holocaust denier.

This is not to say it is not worth seeing the video below. Only that sometimes what appears to be incompetence really is malice.

6. DOJ Has Been on an Indictment Spree Against Violent Anarchists

U.S. Attorney William M. McSwain announced that David Elmakayes, 24, of Philadelphia, Pennsylvania, was charged by criminal complaint with malicious damage of property with an explosive device and possession of a firearm by a convicted felon.  The defendant is currently in federal custody and will make his initial appearance in federal court today.  The government will be seeking the defendant’s detention pending trial on these charges.

The complaint alleges that on June 3, 2020, at approximately 11:45 p.m., Elmakayes used an explosive device to heavily damage an automated teller machine (ATM) on the sidewalk at 217 East Westmoreland Street in North Philadelphia.  When he was arrested a short time later, he had three more explosive devices in his possession, as well as a .32 caliber pistol.

“Blowing up an ATM and illegal firearms possession are not acts of protest against perceived injustice.  They are federal felonies and will be treated as such,” said U.S. Attorney McSwain.  “As alleged, Elmakayes tried to take advantage of the unrest in Philadelphia to get away with a violent crime.  Now he will face the consequences.”

Police in Washington on Tuesday cleared the streets around the White House after protesters tried to set up an autonomous zone on Monday evening.

Some protesters had set up tents and food distribution areas near H Street and 16th Street, known as Black Lives Matter Plaza, near Lafayette Square. Riot police were seen telling protesters to leave while moving in a line.

The police were heard telling the demonstrators and occupiers to “move back, move back.”

DC police clear the streets just north of the #WhiteHouse where protesters tried to set up an autonomous zone last night. pic.twitter.com/OgId4yFs9u

8. How is this mandatory facemask ‘law’ for white people only, not at least indicative evidence that Covid is mostly a fraud? If it was real, Black Americans could make the claim that the government was trying to exterminate them by not requiring the same level of protection as they do for White people. 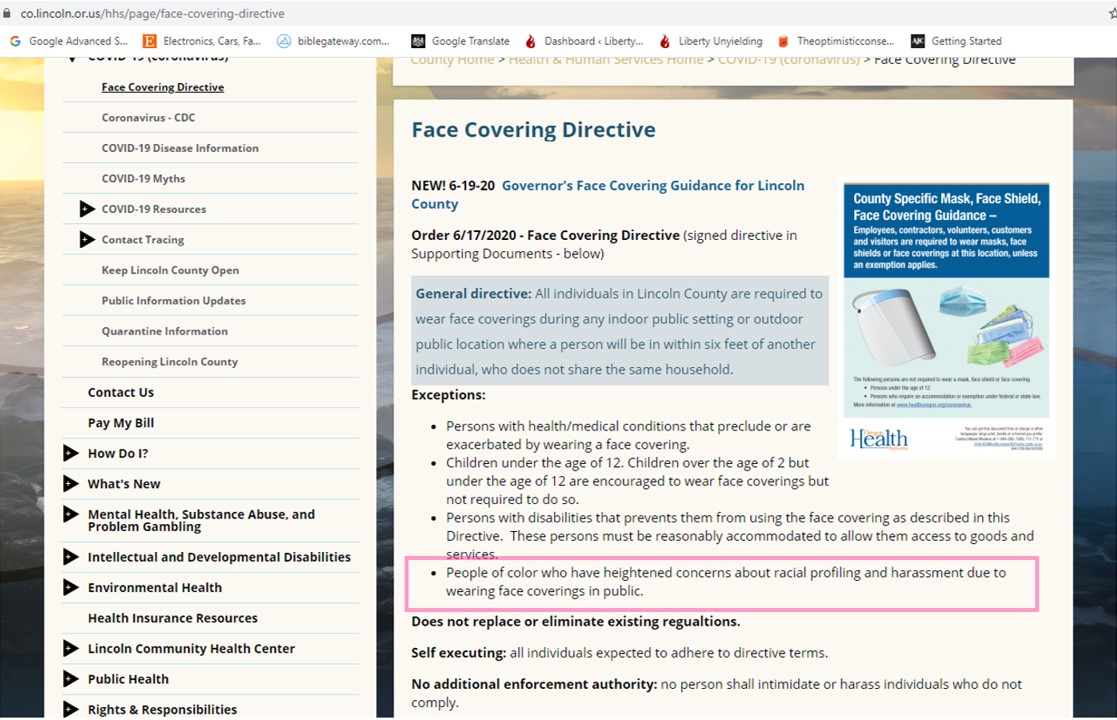 (For a perfectly clear explanation of my adjusted title, please find and watch the movie, U.N. Me about general UN corruption and in particular the segments on peacekeeping. Trailer below)

The U.N. has unanimously approved its own peacekeeping budget for the next 12 months, signing off on a $6.5 billion allocation Tuesday under an agreement reached among the globalist body’s 193 member states.

The funds will come from taxpayers around the globe as the U.N. is entirely reliant on member contributions for its operation. The peacekeeping allocation is separate from the U.N.’s three billion dollar operating budget which runs from January to December.

U.S. taxpayers contribute more to the U.N.’s regular budget than any other of the body’s members, at 22 percent, although controversy has always surrounded just how it allocates the funds:

When the U.N. was first established in 1945 as an organization deliberating peace and security matters, the regular budget was $19.39 million in nominal dollars, according to a Heritage Foundation report. In 2016, it was $5.4 billion biennially.

Thank you Wrath of Khan, EB., ET., PC., Xanthippa, Richard, MissPiggy, Babs, and all who sent in materials so far this week.

4 Replies to “Nine items ranging from indicative to conclusive on the culture shift and what it means: Links 1, June 24, 2020”