A sustained intake of anti-malarial drug hydroxychloroquine (HCQ) has shown positive results in reducing the risk of coronavirus in the healthcare workers, the ICMR study says. However, HCQ prophylaxis should be taken in tandem with wearing the personal protective equipment (PPE) to minimise risk exposure, it said.

The Lancet study and the World Health Organization (WHO) solidarity trials may have put a pause on the use of the anti-malarial drug hydroxychloroquine (HCQ) as prophylaxis or treatment to reduce the risk of the novel coronavirus. However, a case-control study by the Indian research body, the ICMR continues to rally for its usage in the healthcare workers (HCWs) who are at an elevated risk of contracting Covid-19.

The case-control investigation of the ICMR reveals that consumption of four or more maintenance doses of hydroxychloroquine led to a significant decline in the odds of healthcare workers getting infected with the coronavirus infection.

The ICMR study indicates that “simply initiating HCQ prophylaxis did not reduce the odds of acquiring Covid-19 infection among HCWs. However, with the intake of four or more maintenance doses of HCQ, the protective effect started emerging. A significant reduction of about 80 per cent in the odds of Covid-19 infection in the HCWs was identified with the intake of six or more doses of HCQ prophylaxis. This dose-response relationship added strength to the study outcomes.”

“Biologically, it appears plausible that HCQ prophylaxis, before the onset of infection, may inhibit the virus from gaining a foothold,” researchers said in the study.

Delivered by AcmeBrick, Ft Worth, TX.
Company owned by Berkshire Hathaway, (Gates recently left the board) and Marmon Group, Chicago.
Owned by?
Jay and Robert Pritzger and Berkshire Hathaway pic.twitter.com/sbpVdJYSUh 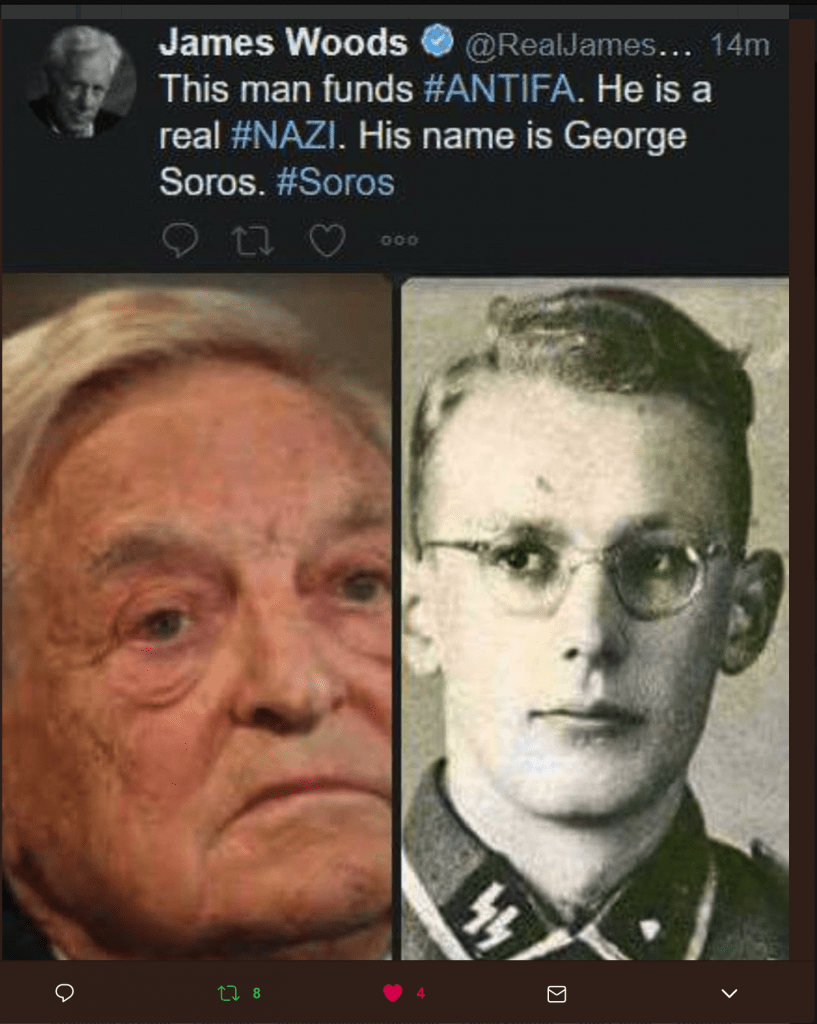 4. Drive through in Philly, The weird thing is, it’s nicer than I thought it was normally.

5. The phoney “Anti-hate” group but real actual hate group using the Marxist tactics of language-control and lies, SPLC, is defending ANTIFA against President Trump‘s decision to designate them officially what its obvious that ANTIFA are. A terrorist agency.

6. Princeton grad is one of several lawyers arrested for throwing flaming bottles of gasoline at police.

Yesterday we discussed the four arrests associated with two attacks on New York police officers using Molotov cocktails.  It is now being reported that one of the defendants arrested, Colinford Mattis, 32, is a furloughed Pryor Cashman associate.  Mattis is a graduate of New York University and Princeton University. He was reportedly arrested with a second attorney in the attack.  Mattis is accused of driving a van and passenger Urooj Rahman, 31, threw a Molotov cocktail. Rahman is reportedly a human rights lawyer but also recently lost her job. Update: The FBI now says that the two defendants sought to pass out Molotov cocktails.

An NYPD surveillance camera reportedly recorded Rahman throwing the device toward a NYPD vehicle in Fort Greene.  A video showed her getting out of a tan 2015 Chrysler Town and Country minivan driven by Mattis and moving toward the patrol car. She was observed lighting a fuse on a Bud Light beer bottle and throwing it through a broken window.  It exploded inside of the vehicle and the two fled.

7. Christine Brim raises a point that must be looked back on soon. Will there be any investigation into the organization of this attempted revolution?

In cities with surveillamce cameras every block, cops should have no problem finding out who delivered the pallets of bricks. Or is this another detail the public is supposed to ignore?

How much evidence does it take to see the truth? Apparently more than one large pallet of bricks…. https://t.co/8xtkHhxSi4

8. This video of downtown Seattle is quite something

(More at the link)

9. It is in many parts of the US, if not all of the US, illegal to hire on the basis of IQ, even though that has been proven to be the single most important attribute in determining the value of an employee. Even as a busboy. But it seems to be OK to discriminate against high IQ applicants.

N E W   L O N D O N,  Conn., Sept. 8, 2000 — A man whose bid to become a police officer was rejected after he scored too high on an intelligence test has lost an appeal in his federal lawsuit against the city.

The 2nd U.S. Circuit Court of Appeals in New York upheld a lower court’s decision that the city did not discriminate against Robert Jordan because the same standards were applied to everyone who took the test.

“This kind of puts an official face on discrimination in America against people of a certain class,” Jordan said today from his Waterford home. “I maintain you have no more control over your basic intelligence than your eye color or your gender or anything else.”

He said he does not plan to take any further legal action.

Jordan, a 49-year-old college graduate, took the exam in 1996 and scored 33 points, the equivalent of an IQ of 125. But New London police interviewed only candidates who scored 20 to 27, on the theory that those who scored too high could get bored with police work and leave soon after undergoing costly training.

Whoever captures footage of a dropoff wins the internet. https://t.co/w3cEtqJEWD

Thank you Rick J., PePi, M., Wrath of Khan, ML., Yucki, Richard, Malca, and all who sent in materials and there are a lot more videos to be posted, and also please don’t forget to check the comments under the Reader’s Links post today and everyday.