Original translation by Xanthippa Socrates with many thanks.

From this Czech publication: 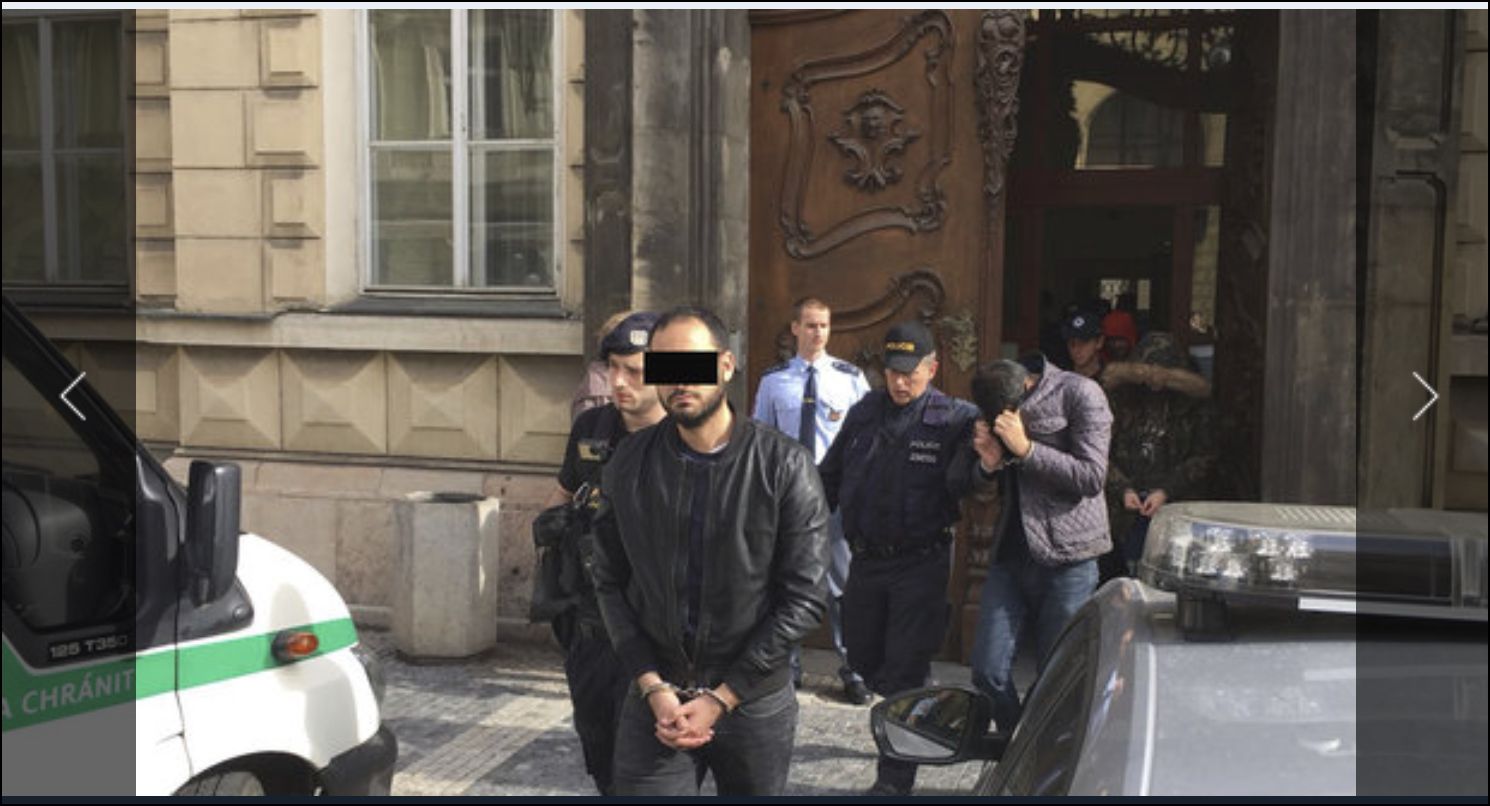 On Easter Monday, the 35-year-old Irish tourist met with a horrible experience which she will not likely easily forget. In a bar she met a man, an Algerian, who immediately caught her eye. Unwisely, she headed off with him to a [hotel] room, where they devoted themselves to sexual play. But, the man then invited five friends over, and together they raped the tourist. Afterwards she called the police. Take a look at how the dramatic take-down of the rapists went.

“Police, open the door!” The intense shouts from one of the members of the Special Order Unit can be heard. But the doors in the Hotel in Náprstkov? St. in the centre of Prague, behind which the six Algerians are thought to be hiding, won’t budge. So, the police burst into action. “The door could not be opened, not even with the spare key, and nobody responded to the call-out, which is why the door was taken out with the ram,” commented the police spokesman, Jan Dan?k, regarding the measure taken.

The dramatic intervention eventually ends in success — armed police officers found and detained all six men in the spacious room. Each and every one of them looks surprised, as can be seen in the footage from the police cameras.

The rape of a tourist in Central Prague: Six Algerians in remand! They could face 10 years.

However, the men, who come from Algeria, did not end up in cuffs by coincidence. On Easter Monday morning, they were accused by a 35-year-old Irish tourist, who had headed up to the room with one of them the previous night. There they mutually engaged in intimate play. Subsequently the tourist is said to not have praised the man’s performance sufficiently, which clearly did not please the temperamental Algerian.

“Following this, the man brought over five more of his friends, which is when the aforementioned rape is said to have taken place,” Dan?k remarked regarding the incident. The woman reportedly attempted to dissuade the attackers by claiming that she was a teacher, but it did not help her.

In fear for her life

The woman told the police that she was afraid, and chose to close her eyes, so that they would not physically harm her even more. “I could feel as they were switching on me… I was very afraid. I was terrified, I felt horrible, that I am stupid, very mad… I thought they were going to kill me,” she related her feelings to the criminal investigators, according to the daily Pravo.

Once all of them were, in her words, done, they left the room, but one returned and raped the woman again. Yet almost all of them come from well-situated families and are university students; only one of them worked at an airport in Paris.

Subsequently the police charged all six foreigners with a criminal act, and the regional court for Prague 1 remanded them in bond on Wednesday. If they are convicted, they may face up to ten years in jail.

20 Replies to “Gang Rape in the Centre of Prague: Video of Intervening Services Detaining 6 Algerians”