This woman who deliberately drove her car into a government building the other day, and “HAD AN ACCELERANT IN HER CAR” was identified as being female.

But the fact that she is a devout muslim was fully omitted from the story. 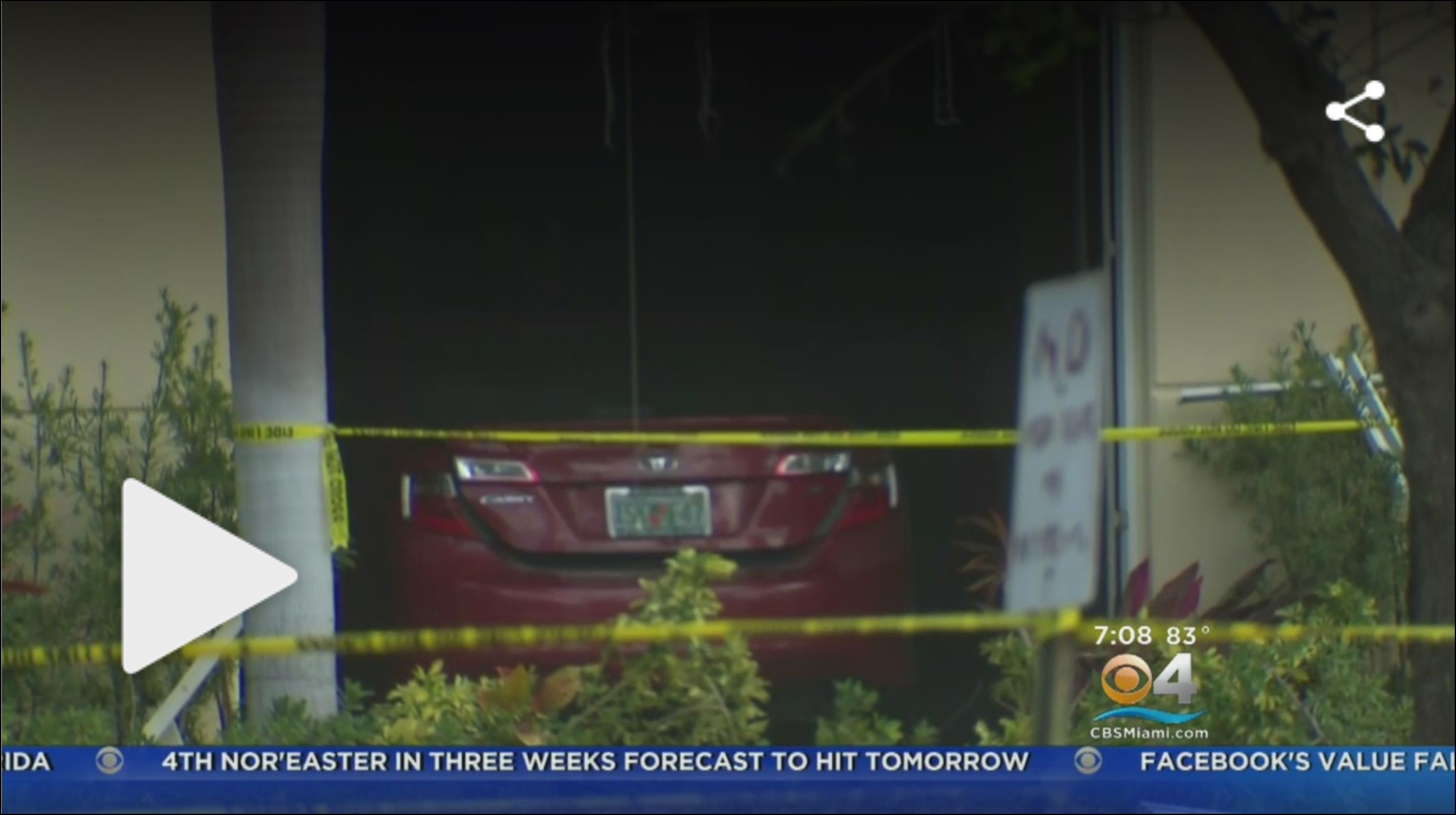 The red Toyota slammed into the building, located in Pembroke Park at 3201 W Hallandale Beach Blvd., around 11:30 a.m. and exploded, according to the Broward Sheriff’s Office.

The car went so far into the building that it was hard for Chopper4 to see it.

A man who was painting inside the building, Ben Mendez, rescued the female driver who was, according to BSO, mumbling at the time.

The Mendez said the woman was engulfed in flames when he jumped in to save her during his first day on the job.

“It was a big explosion like dynamite,” said Mendez. “I made a split decision and had to drag her out.”

She was taken to Memorial Regional Hospital as a trauma alert patient with life-threatening injuries.

A BSO employee twisted her ankle during the incident while she was trying to get away from the car.

There was no one in the community room, where the car hit, at the time but another day and the outcome could have been very different.

Mendez was supposed to be painting that room but there was a last minute change.

The cause of the crash is unknown at this time.

Deputies said they did find an accelerant inside the woman’s car.

“A half truth is the damndest of lies”

9 Replies to “Fake news has many forms”