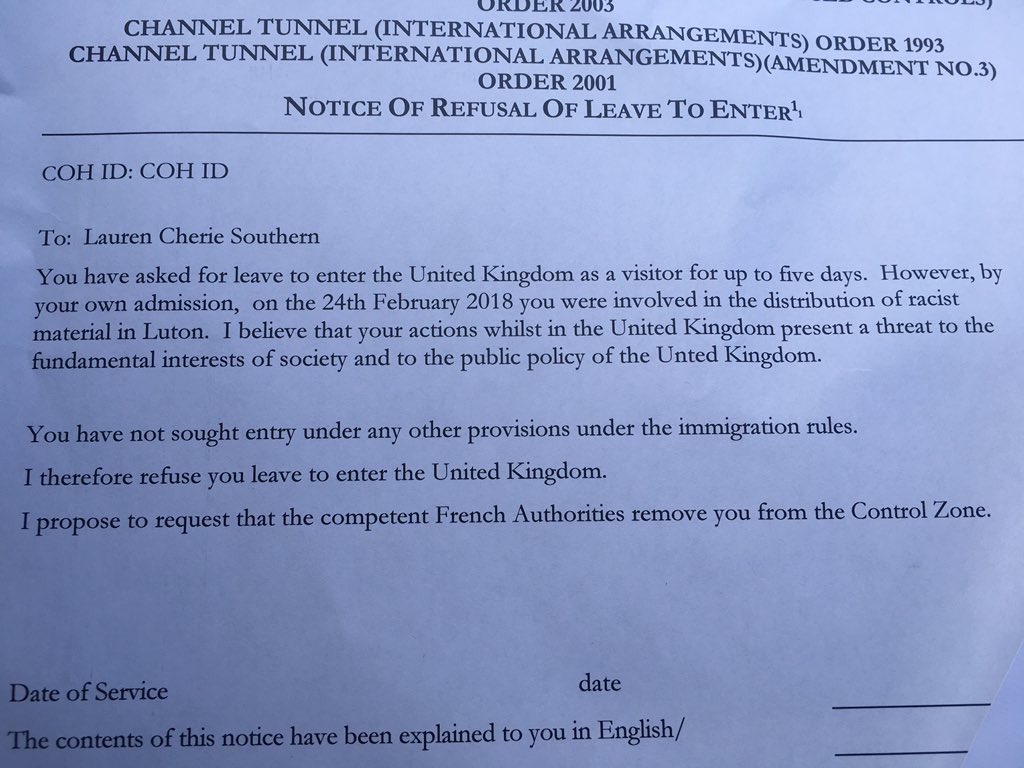 Fascinating that the U.K. Border Force allows so many illegals to slip through the cracks, but it’s suddenly the most competent Border Force in the world when it comes to banning two female conservative independent journalists and an Identitarian activist. pic.twitter.com/JLM9OHOgjP

They just locked me out and said “au revoir”… Officially banned from UK for “racism”.. doing fine though, all the cool people are being banned anyway ?

Need to gather my thoughts and call family. Interrogation story is pretty crazy though. Will tell it soon. pic.twitter.com/mARtkyZKFm

Investigated me under schedule 7 (terrorism act) because of alleged racism. At least they let me identify as Pakistani on my report lol. Still being held by police. pic.twitter.com/LhZFK2d8Jh