Emmanuel Macron has sent shockwaves throughout Europe after he conceded that French voters would quit the EU if France held an in/out referendum on the Brussels-led bloc.

No other European Union country has risked putting membership of the bloc to a public vote since Britain surprised member-states by voting to leave the bloc in 2016,

3. One has to admit Islam can be efficient. Here is a commercial for a shampoo that is also clearly a laundry detergent at the same time.

4. Protester accused of attacking Trump supporter is charged with assault

Police charged a protester who allegedly attacked a Trump supporter after an event at a Manhattan nightclub Saturday night that was headlined by ultra right-winger Mike Cernovich.

Violence erupted around 10:30 p.m. when anti-Trump protesters, including 30-year-old David Campbell, clashed with alt-right supporters as they were leaving A Night For Freedom, a ticketed event held at a nightclub on West 50th Street and 12th Avenue in Hell’s Kitchen.

About 80 protesters gathered outside as event-goers spilled out of the venue.

(By “ultra-right-winger” they of course mean a normal guy before the communists took over all the institutions and speaks openly about it. Also I don’t know if this is the same person or not, but James O’Keefe of Project Veritas was attacked at this event. So the person arrested may or may not be the one who attacked him.

Since she didn’t cover her face, she OBVIOUSLY wants people to know who she is, right? pic.twitter.com/kGOtBxoezS

Antifa spotted me walking outside @Cernovich Night for Freedom, had me surrounded, bypassed NYPD, started to charge, had to turn phone off as was trapped in violent mob for 10 minutes w a few cops escorting me to car, jumped into backseat of @ImAndrewMarcus car. @JackPosobiec pic.twitter.com/MD2KDYLxmM

This article names Scott Baio as the man attacked.

There is a LOT more to go through, but what a great start for a Sunday.

Thank you, Tama, M., Wrath of Khan, EB., Xanthippa. and all who sent in materials and there are many indeed in today’s Reader’s Links post.

Allegedly tweeted out by Obama’s brother. One would imagine there are easy ways to vet this if you have access to certain data bases. But its nothing that should surprise anyone. Cross referencing public info should bring you to this conclusion. 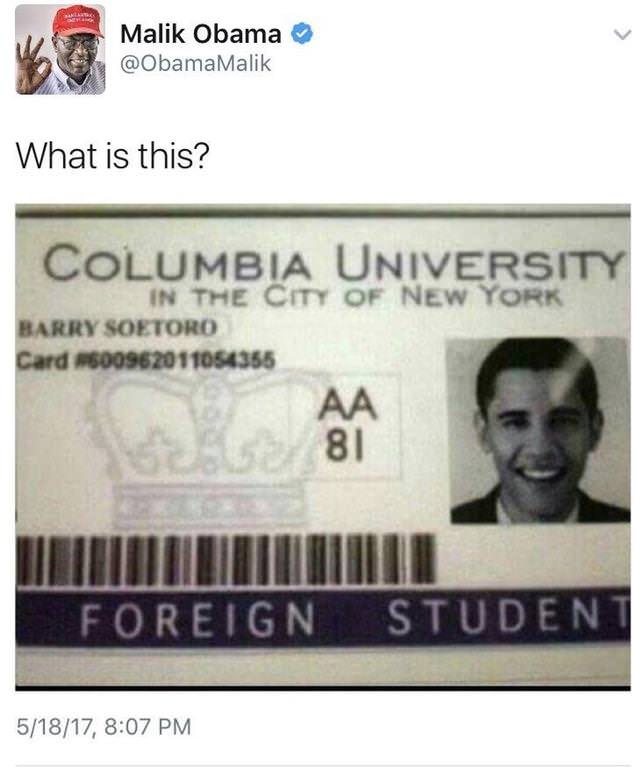 And while we are on the Clinton-Obama crime administration: