An original translation from Braunschweiger Zeitung:

SALZGITTER The girl is not in critical condition. Police arrest three suspects in Thiede.
January 1, 2018 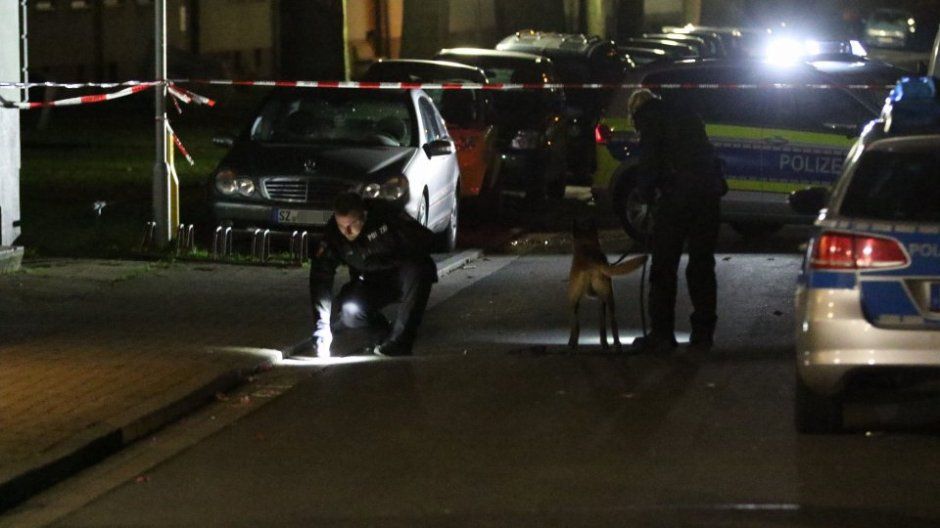 A 12-year-old girl was gravely wounded in the Salzgitter district of Thiede, when several men fired indiscriminately with handguns in Silvester night. The child was hit in the upper body and underwent emergency surgery in a Wolfenbüttel hospital. According to Salzgitter police spokesman Matthias Pintak, the girl is not in critical condition.

Police only learnt about the wound by a gun in hospital. “The full police force went into action immediately”, said Pintak. With the help of witnesses, his colleagues swiftly determined three suspects who were lingering near the crime scene, and immediately arrested them. “Their involvement in the crime is currently under investigation and is not yet finally determined”, says Pintak. The area around Diesterwegstraße, where the crime happened, is still widely cordoned off around noontime. Police went in with track hounds searching for ammunition. According to information that our newspaper has obtained, on the street, in the cordoned-off area around a sports bar, more than 20 brass were found. Neighbours told our newspaper that there shortly before midnight, “firing in all directions” started. Some projectiles appear to have hit a house.

It has not yet finally been determined which types of guns were used. It is also still unclear if all of the three suspects were involved in the crime, and who of them used an armed weapon. “We are still investigating into whether the three suspects will appear before the committing magistrate” says Pintak. Not much is known about the identity of the three men. One of them is 65 years old.

New Year’s Eve 2016-2017 in Thiede already made nationwide headlines. Two voluntary firemen (33 and 28 years old) who were off-duty rushed to support their colleagues near the station house, and were beaten up. One of the two men still suffers from the after-effects. Unknown people had, among others, broken his ankle multiple times. The perpetrators were never apprehended, prosecution closed the case in May.