This is the beautiful Anabel Schunke’s latest writing. You may remember her June 2016 essay “Inner Emigration – I Don’t Have to Anything!” which I had translated and posted here. This is a continuation of that essay from Tichy’s Einblick.

I just had to put a picture of Anabel at the bottom of this article, because she is so quintessentially, beautifully German, and it’s her people that the European annihilation elite is planning to obliterate. 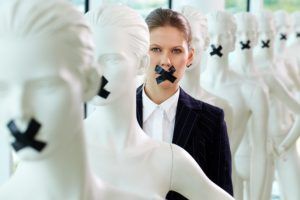 Is it really us who write against all of this that are the hate mongers and the agitators, or is it those in the media and in politics who make people feel like they’re nobody and that eventually drives them to turn right?

Worthless in a human sense. In reference to my origin. My worldview. My simple opinion. Because I am German. Completely without a politically correct talkshow-worthy migration background and without religion that supposedly constantly discriminates and I therefore get discriminated against.

But not worthless in respect to my money. Because the left’s dream of multiculturalism wants to be financed after all. I am good enough for that, but I am fed up to be only good enough when my tax money is demanded for those who allegedly enrich us. They who then often not only aren’t grateful towards us, but are treating us as second class people, like idiots who can be fleeced. They who do not enrich us, but themselves.

Just saying this sentence out loud in our current climate of political correctness sounds incredibly weird. Our opinion, if it isn’t multiculti, does not count. People who could express this opinion for people like me, aren’t either heard at all or are dissed for being right-wing populists. It’s almost like we don’t want a voice speaking up for us anymore and if we do, then only curious odd coots so that we can turn them into ridicule. We’re not supposed to think that we are many. That it is okay that so many think that way and that there are more sensible, reasonable people among us Germans than not. Instead we have to be lectured. From hijab activists, Aiman Mazyek and Lamya Kador. We have to be told what our obligation to provide is and what racist assholes we really are.

And I am woman.

…Whose freedom and liberty fell victim to the refugee crisis first. It is not always obvious, a lot of times it’s extremely subtle. For instance when I got pepper spray after the events in Cologne or when other women tell me how they avoid certain clothes or places. There are many of us who go into inner emigration because we just have been raised to be loving and nice. And because we are insecure about our political opinion. Because we want to please and be liked and because politics is so horrible polarizing. But when is the point in time reached where one has to strike back and fight for our own rights which have been taken for granted for so long? When do I have to leave the political commonplace and take a position? Now. Exactly now. The selling out of our freedom has long started and we are the first that have been affected by this. We’re practically the seismograph for everything that is still coming for us. But I don’t want to be a seismograph and I don’t want and I never wanted to be nice and loving and please everybody. I also want to be worth something.

Nobody cares when I put myself out there day in and day out. When I get pummeled with bottles and rocks by the Antifa, it’s the police that’s accused of brutality. When our red green political leadership economize the police kaputt, it is us that are blamed when not enough of us are present in Cologne. We experience the consequences of Merkel’s refugee politics every single day at close range. It is us who are completely powerless towards the African drug dealers because here in Germany it’s easier to hold accountable a parking offender than a criminal. We have to catch escaped terror suspects with whom we never had anything do with before Merkel had let them into the country. We don’t get a federal cross for merit for our work. That medal is handed out to the Syrians that caught him (reference to the El-Bakr case). Because even with the federal cross for merit, it’s not about the actual work anymore, but about the “good deed” behind it. What counts is the conveying that multicultural enrichment even as our daily experiences tell us something completely different.

I am a teacher.

In my class I have to not only include handicapped children but refugees as well. I have to do justice to everyone and I cant, because the personnel and the money is just not there. In the end we all suffer, but most of all the students who do well and who can’t be supported. But achievement is now frowned upon anyway. Better to have them all the same even if it means keeping them dumb. Germany can afford it. Besides education we have so many other resources after all. And when I feel burnout well I’ll just have to cancel the entire class for a day.

I am a physician. I am a judge. I am an entrepreneur. I am a Hartz-IV recipient and single mother. I am a human who writes against all this insanity and for it I am ostracized and threatened. In the end the only thing that counts is the worthy cause to which we have to submit and for which we have to pay. Financially, culturally, and human.

But I don’t want to pay for anything anymore that does not enrich me. For people who laugh at me for my naivetée and good will. I do not want to have to be considerate anymore of the cultural and religious sensitivities of muslims. Not in the cafeteria. Not at school. instead I finally want that I am treated more considerate. That I can criticize without being called a racist. That the majority and not the minority is heard. that I too will be worth something again.

How long can you treat people this way until they fight back? Is it really us who write against all of this that are the hate mongers and the agitators, or is it those in the media and in politics who make people feel like they’re nobody and that eventually drives them to turn right?

You may decide the public opinion, but the public you are not. And me, I am not worthless. 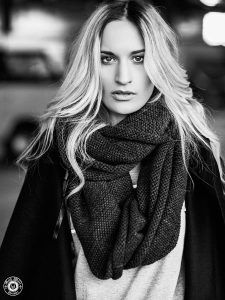 6 Replies to “A Manifest. Those that should read it & to whom it is addressed to, won’t.”