In this video there is the usual level of non-information. No description, no eye witness reports and nothing that would help identify the attacker. But people in the area inform us that this is a highly culturally enriched part of Calgary with a high percentage of Muslims, most notably Somali. The same extraction as the mall stabber in Minneapolis.

The “knife” used in the attack at the mall was actually a machete. 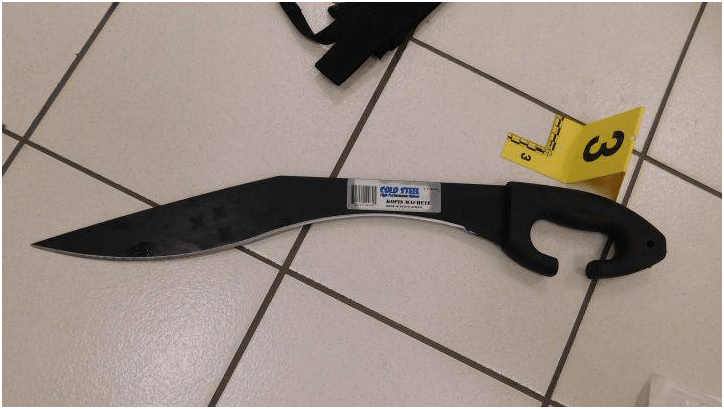 Perhaps it is a sort of comfort that Canadian media lies to the public in order to create false impressions, or to keep the public from forming a correct impression, as does most media.

This kind of lie would be a combination of a half truth, a machete is a kind of knife sort of kinda. And a lie of omission because not saying it is a machete when it is so obviously a machete is likely an attempt to create doubt that the attacker was a muslim.

The length of this “knife” is 26 inches.

Our mass media is a senile system at best, and a tool of oppression at worst.

In this case no. Its not a knife.