1, Rebel video showing that the last thing that matters to Black Lives Matter is black lives.

2. Thirty days in jail for a Doctor in Canada convicted of Sexual assault.

Dr. Ismail Taher will be on probation for two years after completing sentence

An Edmonton doctor was sentenced Wednesday to 30 days in jail after being convicted last month of sexually assaulting a nurse at a Medicentre in 2013.

“I am imposing a short jail term because I know it will have a profound effect on Dr. Taher and his family,” provincial court Judge Greg Lepp said in his sentencing remarks Wednesday.

“Dr. Taher has been blessed with all of life’s advantages,” Lepp continued. “He abused his position for selfish, prurient and unwholesome reasons.  He had no excuse. There is no remorse shown here.”

After he completes his jail term, Taher will be on probation for two years, Lepp said. He will be allowed to serve his sentence intermittently on weekends.

Taher received a two-year suspended sentence on a second conviction for common assault against a female manager at another Edmonton Medicentre.

(Really, go over and read the whole article. This is horrifying and there is no excuse for someone who has no remorse and is a repeat offender and the offenses are “not trivial” to get such a light sentence.)

3. There is something mighty suspicious about this story. It feels a lot like the beginning of official Balkanization for muslim areas in Montreal. If this site is searched for category, war on dogs, this most certainly seems to add up to something.

4. Pictured: British boy, eight, who died after a GRENADE was thrown into his bedroom while he was visiting relatives in Sweden

An eight-year-old British boy was killed after a hand grenade was thrown into his bedroom as part of an underworld feud involving members of a Somali crime gang in Sweden.

Yuusuf Warsame, from Birmingham, was sleeping in the apartment in the working class Biskopsgarden in Gothenburg when the explosive was tossed through the window and detonated.

Investigating police believe the house was targeted as part of a feud involving members of the Somali underworld.

His father Abdiwahid Warsame today confirmed his son, who was visiting relatives in Sweden, had died in the attack, which is being treated as a murder.

5. Israel shells Syria after stray mortar crosses into its territory 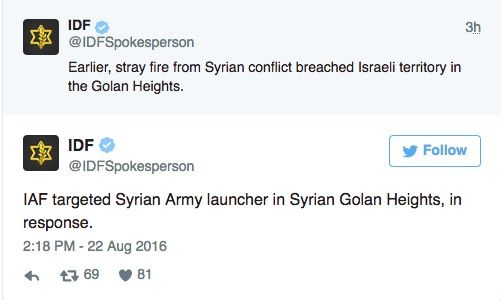 6. I am deeply sorry to feel this needed posting. I have spent decades defending the US and US foreign policy.

7. Australian politician/activist Kirralie Smith on telling the truth about Islam.

Thank you Shabnam, M., Wrath of Khan, Maria J., Shabnam, Tania, Oz Rita and all who sent in materials and there is much more to come.