This is a part of the essay written by one of our hard working translators, Ava Lon. You would know her work mostly from French videos posted at this site this past few months.

For the whole essay, please click over to Gates of Vienna

Ava Lon, who translates French, German, and Polish for us, used to live in Switzerland and has Swiss citizenship. In the following account she describes the sneaky way the Swiss government manipulates “direct democracy” to get the results it wants in referendums and ballot questions. 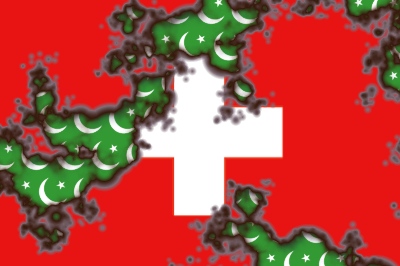 Swiss people have a very sensitive point: Their wallet. They don’t like to share it, they don’t want to lose it, they want to control its contents, and really hate it when the government tries to put its sticky fingers inside.

It’s been a while since I noticed that in Switzerland, like almost everywhere else in the West, it doesn’t matter anymore what party is in power: it’s always the progressives. As such, they have a progressive agenda, and we almost didn’t notice how and when it happened, because it happened — you guessed it — progressively .

Still, or maybe because of that, I don’t miss one opportunity to vote through the mail, whenever Switzerland is voting. I do that because I care about this country that opened its doors to me. I try to repay their hospitality by making sure I participate in the political process, so nothing bad happens on my watch. Not that I am so important, but like all Swiss, I am being asked about almost everything by the government, because the rule is that the citizens, not the parliament and not the government, have the last word.

And I am not even talking about the referendums Switzerland is quite famous for. No: every little detail might be decided by the citizens on a county, cantonal or federal level. Those are not elections, nor referendums; this is a normal process of governing the country. Referendums, if they happen, and they often do, require the citizens to collect 100,000 signatures and deposit them in Bern to start the process of preparation for the referendum. When everything is ready for a vote, a referendum question will be sent to me by mail with all others questions, mostly concerning finances.

For the rest of this essay please click over to Gates of Vienna. There are some interesting ideas one might wish to keep in mind to see if our own systems are tilting this way.

2 Replies to “Ava Lon on the corruption of democracy, and how they do it in Switzerland”