The actual number of girls attacked during the weekend festival are thought to be much higher, as within many of the 35 reports received by police, there are thought to be multiple complainants. Police started to receive reports from young women during the Kalstad ‘Putte i Parken’ (Party in the Park) on Friday and Saturday night, reportsSvenska Dagbladet, with 24 received during the festival and another 11 coming afterward.

Any confusion that results from the shovelfuls of nonsense in the above video is 100% the fault of ou leadership that funds and perpetuates a narrative based on a false dichotomy. Either the Islamic State is genuinely Islamic or it is not. If it is not, then no cause for alarm. but it is. There is cause for alarm. Non-Muslims should be alarmed by the increase in Islamic influence, attacks and encroachments on our own rules for societal order.

3. Israel: A 13 Year old girl stabbed to death in her home

4. One Dutch town is sick of terrorism by Muslims 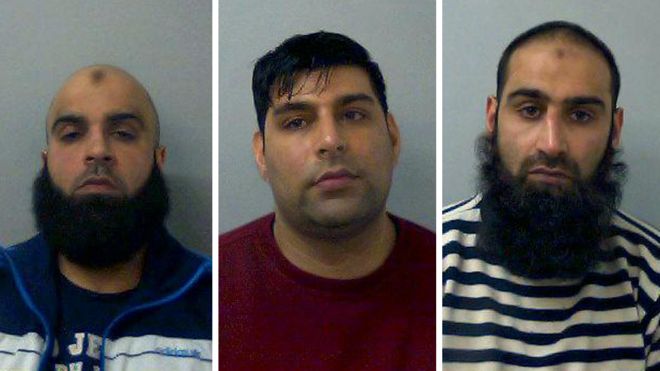 Three men have been jailed for a string of sexual offences against a teenage girl in Oxford.

The victim was plied with drink and drugs between the ages of 13 and 15 and passed around “like a piece of meat”.

The offences included rape and indecent assault. On one occasion the girl was taken to woodland and told she would have her neck snapped.

She was in the care system when the abuse started and it continued between 1999 and 2007.

The defendants, charges, and sentences:

(Is this what they meant by a “Migrant Olympic team”?

A Somalian rapist who overturned a deportation order has been jailed for brutally raping two more women in Birmingham.

Dahir Ibrahim, 31, was sentenced ten years in 2005 after the first sex attack on a prostitute in Edgbaston.

A judge ordered his deportation after serving his sentence, but he appealed and was later given leave to remain in the UK.

Now Ibrahim, from Thornhill Road, Handsworth , has been jailed for life with a minimum of 10 years after raping two ‘vulnerable’ women within six weeks of each other in 2014.

Steven Bailey, prosecuting at Birmingham Crown Court, said the first victim left her home in the early hours of September 5 to buy cannabis.

She was approached by Ibrahim who offered to sell her drugs and persuaded her to follow him down an alleyway off Villa Road, Handsworth.

(Check the video at the site. They appear to have done a reenactment of the chase by the rapist using a white actor as the perp. If this is the case its … cause for serious alarm)

7. Unmasked: Gun-toting Jihadi ‘bride-maker’ who grooms British girls for ISIS fighters in Syria is student from London whose father is a successful businessman

Her poisonous outpourings on the internet glorify the murderous acts of Islamic State terrorists and are meant to lure young British Muslim women to travel to Syria as ‘Jihadi brides’.

And today The Mail on Sunday can unmask the evil ‘matchmaker’ known by the pseudonym Umm Muthanna Al Britaniyah.

She is a former London student whose real name is Tooba Gondal. She is 22 years old and her father is a successful businessman.

Her transformation, in a few years, from happy schoolgirl about to leave for college to IS cheerleader in a burka toting an AK-47 is stark.

These days, instead of furthering her education, her most cherished desire is to become a ‘martyr’ in a suicide bombing.

Through her prolific output on social media, she commands a powerful influence on her following of largely young girls as she ‘grooms’ them, urging them, as she has done, to travel to Syria and marry bloodthirsty IS killers.

8. The Dhaka Bangladesh attackers where religious Muslims acting for the Islamic State, and were affluent and went to elite schools.

They also made people recite Koran verses and those that could not, were murdered. 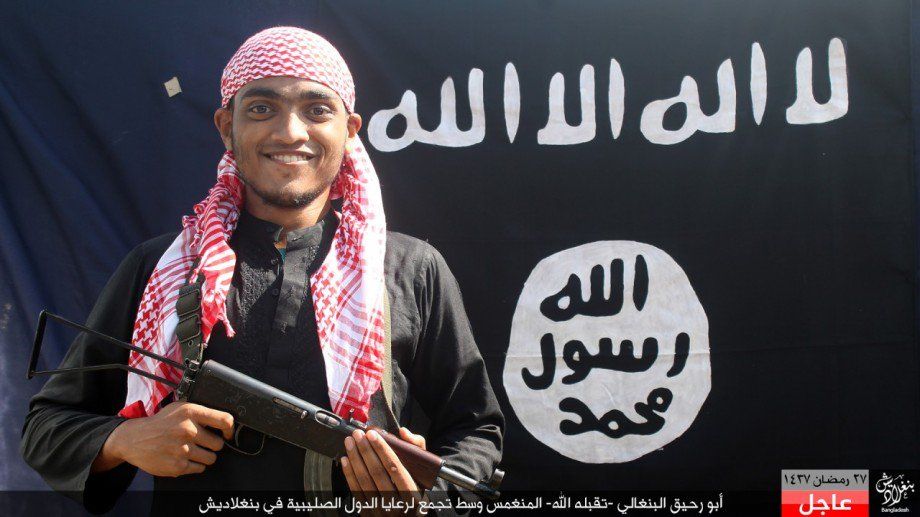 Thank you Wrath of Khan, Xanthippa, M., Roni S., Richard, Johnny U., and many many more who have sent in a maelstrom of links worth seeing in the past few days.

2 Replies to “Attack on cafe in Dhaka not closeted Republicans, more rape and rape and rape by Muslims, the new SNAFU links 1 on July 3 2016”