1, How does leftist Vs. factual media treat the attack in Orlando differently?

2. The Trudeau Government managed to get Google to change the past and erase Stephen Harper’s pages from history. But there is one aspect of this important report which Ezra missed.

What he missed, is that in Islam, anything that took place in a land before it was dominated by Islam is considered with the blanket phrase: “The time of ignorance” and evidence of it was destroyed. I think the Arabic term is ‘Jahiliya’ or something like that.

Now I am not saying that Trudeau is a Muslim and that is his plan. Just pointing out that totalitarian ideologies, the leftist 1984 brand or the Islamic flavour, both know that one of the biggest threats to their continued iron fisted rule is controlling how history is understood.

So Im not saying that Trudeau is consciously using the Islamic model per se. But then again…

3. Now and again I get emails from some of the more pernicious Islamic groups out there. Not sure how I get on their lists but its not entirely useless.

ICNA, The Islamic Circle of North America, has decided to send me a petition to sign. Below is a screen capture of it with thier view of the Orlando shooting. It is actually comically far from the reality of it. 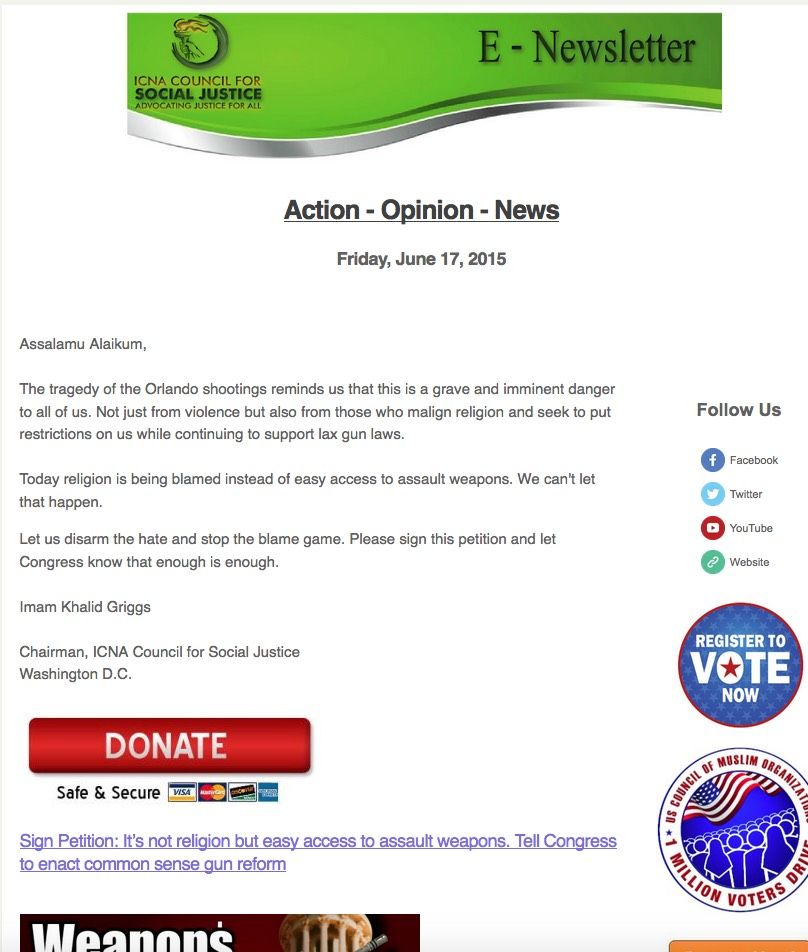 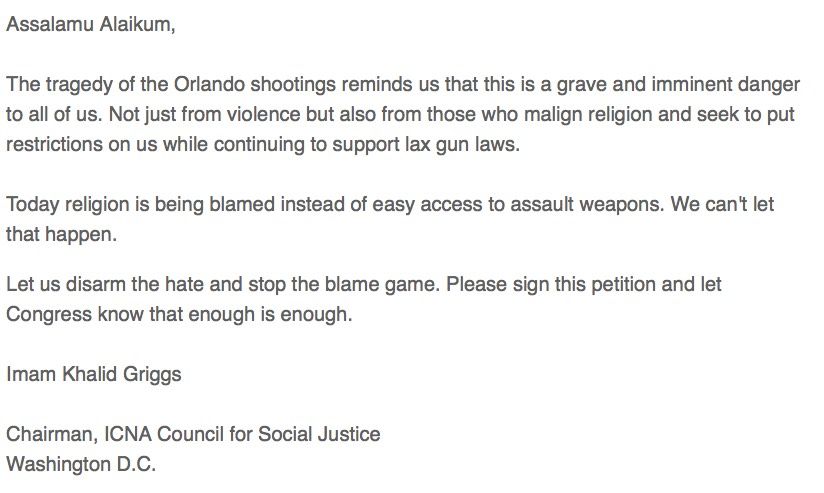 (Those of you that drink may want to consider going to the local and having a ham and cheese and a beer to celebrate this one. Have two if at some point he drops the soap while in prison. Preferably in the Jeffery Dahmer memorial shower.

(This might present a minor dilemma to Jefferson. When is freedom of the press a cover for spies who wish to destroy your entire system and remove the rights of the people? I guess its the same answer as those that would use the constitutional rights of freedom of religion to end all freedoms in general and especially of religion.)

CAIRO — An Egyptian court has sentenced six people, including two Al-Jazeera employees, to death for allegedly passing documents related to national security to Qatar and the Doha-based TV network during the rule of Islamist president Mohammed Morsi.

Morsi, the case’s top defendant, was also sentenced to 25 years in prison. He was ousted by the military in July 2013 and has already been sentenced to death in another case.

Saturday’s verdicts can be appealed.

The two Al-Jazeera employees — identified by the judge as news producer Alaa Omar Mohammed and news editor Ibrahim Mohammed Hilal — were sentenced in absentia along with Asmaa al-Khateib, who worked for Rasd, a media network widely suspected of links to Morsi’s Muslim Brotherhood.

(Al Jazeera has been declared to be a propaganda wing of the Muslim Brotherhood by several state agencies. The Qatar based organization seems to have been a central player in the Obama’Brotherhood axis promoting the Arab Spring)

(Belgium will pretty much have to convert to Islam, be dhimmis, or drop a neutron bomb on Molenbeek and a few choice other areas if they hope to recover themselves as a liberal democracy at this stage) 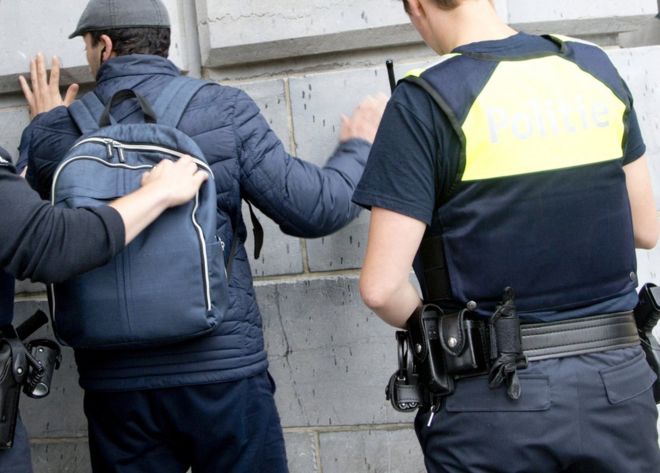 Police in Belgium have made 12 arrests in a huge anti-terrorism operation, nearly three months after the deadly bomb attacks on Brussels.

Those detained overnight are suspected of plotting a terrorist attack, prosecutors say. They were among 40 taken in for questioning.

Searches were conducted in 16 municipalities, mainly around Brussels, with checks on 152 lock-up garages.

Thank you Wrath of Khan, M., Xanthippa, Richard and many more who contributed to the site.

Much more to come today. I am truly sorry to say.