Authorities in Germany are monitoring almost 500 Islamic extremists they believe pose a potential security threat, officials said Friday, a day after the arrest of three men suspected of planning to carry out an attack in the country for the Islamic State group.

All three of those arrested in Germany were living in refugee shelters, adding to concerns that IS might be sending fighters to Germany disguised as asylum-seekers. Almost 1.1 million people were registered as asylum-seekers in Germany last year, many of them fleeing war and persecution in Syria, Iraq and Afghanistan.

(A humble suggestion for all Western people. Before choosing a holiday destination, may I recommend reading the all time classic, Origin of Species by Charles Darwin. If, after reading that book, you still choose to go to a Muslim majority country, then be on notice you may become a footnote for future editions)

The alert advised against travelling to areas near the Syrian border and taking care in other areas of the country, including big cities such as Istanbul where terrorists have launched bomb attacks in recent months.

The warning said: “Terrorist attacks are likely to continue to target the Turkish state, civilians and demonstrations; nevertheless, it’s increasingly likely that some attacks will also target western interests and tourists from western countries, particularly in the major cities.

3. Iran marks 26th aniversary of the death of Ayatollah Khomeini

(And as no one looks especially happy, as they damn well should, we can put to bed any notions that its just a few extremists in Iran and the majority of Persians just don’t feel that way.)

4. BBC lies about Muslim rage gangs of little white girls to protect Muslim rapists. (Although not as much as did the CBC who ignored it for over a year after Rotherham and then posted it as just, ‘groups of men’ and deliberately edited out all the salient facts even the BBC and UK government had admitted to)

5. Turkish PM says German resolution is a historic mistake, but by a friendly parliament.

6. UK: Nightclub kicked out drunk student, 19, and ‘abandoned’ her to be picked off ‘like prey’ and have her virginity taken by two rapists in an hour long ordeal 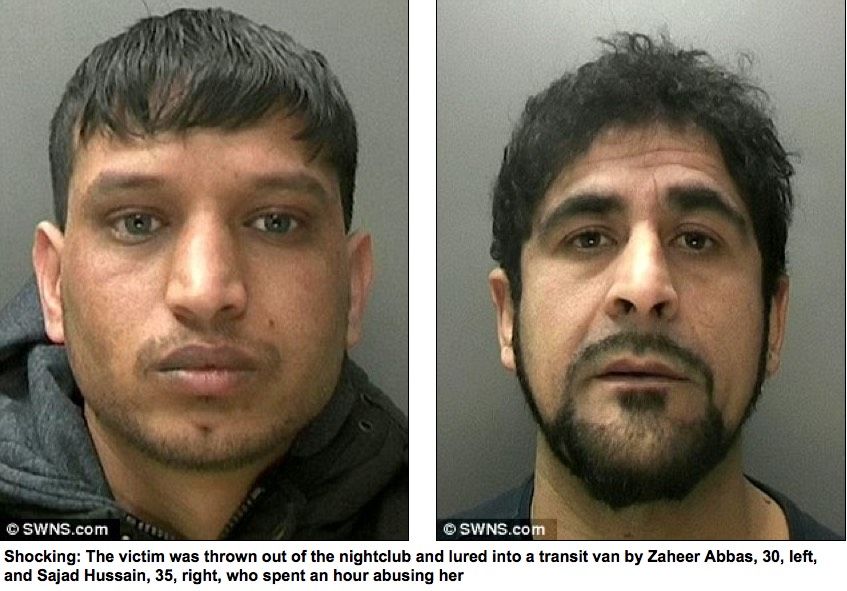 (Just in time for Ramadan, they should get to a nice club fed where all their religious rights will be fully respected)

A judge has accused a nightclub of allowing a teenager to fall into the hands of two sex attackers after they kicked her out before she was abducted and raped.

Mrs Justice Mary Stacey accused Snobs in Birmingham of ‘abandoning’ the 19-year-old victim to be picked off ‘like prey’ by two sex attackers, who took the girl’s virginity.

She even suggested the nightclub was partly to blame for the rape by saying they had ‘created the circumstances for the crime to occur.’

(The judge is 100% wrong. The club is not responsible unless they spiked her drinks or made them stronger than she was aware. The responsibility is on the two rapists, and I would argue on the culture and religion of the rapists that demand this kind of behaviour)

7. Russia releases yet more evidence of a supply column headed to the Islamic State from Turkey.

Thank you Wrath of Khan, M., Richard, Gates of Vienna, and all.

More to come. And why? Because its the Friday before Ramadan. Which is somewhat equivalent to Easter Catholic mass during parts of the middle ages and bits of Europe where people were incited to go burn Jewish villages down. Sermons at mosques today will likely have a touch of encouragement to behave in a religiously islamic fashion for the month of ramadan.

Sales of Kevlar are probably way up.

Here is an item about the IS cutting off a thief’s hand.

The article goes on to talk about killing people for selling cigarettes. A leftist’s dream.

It is a shame that Western media still fails to address the real problem of sharia and it is not the hudud, or brutal physical punishments. It is the nature of what is called a crime, such as apostasy, the manner in which they are tried, which has no presumption of innocence or requirement for a lawyer or anything which might allow an accused to defend himself before he loses an appendage.

It is that this legal system is not based on reason whatsoever but shuns it. That it is based on an accumulated set of edicts from muslim “scholars” who’s only scholarship is derived from a few books which are assumed and declared true with no compassion whatsoever.

It is that this legal system will be imposed on all people of the world resulting in no diversity of thought or lifestyle whatsoever, should the jihadis have their way and given how the media behaves, they may just do it.

In parts of the USA, men who commit horrific crimes are sometimes electrocuted to death. This is no small thing. But the average cost of determining guilt to that high a degree is likely in 7 figures to the public purse before such a measure is carried out, and it takes years before it happens, and the rights of the accused are zealously guarded by both left and right leaning groups.

But to read the media, they leave us all open to the false moral equivalence between the islamic hudud, and Western jurisprudence because they do not address these basic and critical factors.

Secondly,, San Jose Mayor apparently justified the stunning totalitarian mob violence against Trump supporters after they left his talk in SJ Ca. There is a video at this link as well. The mayor used the central intellectual slight of hand of both Islam and leftism, which is to switch the onus of responsability from those who act badly to those against whom, those acts are directed. Islam: ‘She was raped because she appeared desirable and no man should be expected to resist that so its her fault she was raped.’. Leftism: “At some point Donald Trump needs to take responsibility for the irresponsible behavior of his campaign,” or more honestly, “at some point Trump needs to take responsibility for the actions of the violent low information thugs who do not like what he is saying so they attack his audience”.

And people often ask why the left is in tandem with Islam. Actually its a no brainer.

Quarantine Sweden. (And send all the local university students who think like this there)

8 Replies to “Turkey supplying IS., Germans seem to have an exact number of local terrorists and more: Links 1 on June 3 – 2016”