Pope Francis today embraced the grand imam of Al-Azhar, the prestigious Sunni Muslim center of learning, in an historic bid to reopen dialogue between the two churches.

At a time of increased Islamic extremist attacks on Christians, Sheik Ahmed el-Tayyib was photographed hugging Francis during a visit to the Apostolic Palace at the Vatican.

Reopening channels for communication after a five-year lull, Francis described the meeting as hugely significant. 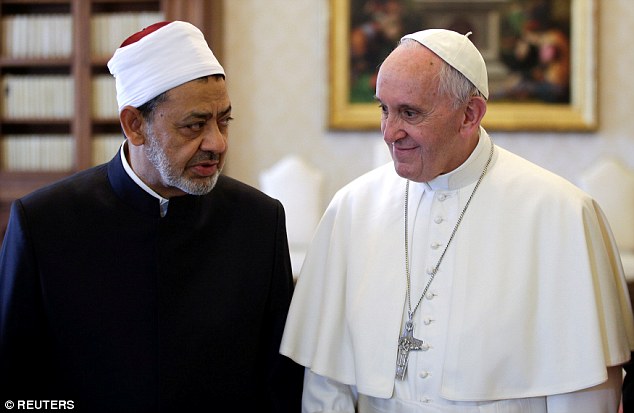 Pope Francis chats with Sheik Ahmed el-Tayyib, the grand imam of the Sunni Muslim center of learning, during the pair’s historic meeting at the Vatican today