1, Passengers forced off Ryanair flight to Manchester over ‘bomb alert’ just hours after the safety scare at Old Trafford

A flight to Manchester was evacuated due to a suspected bomb alert just hours after the safety scare at Old Trafford.

The Ryanair flight was set to leave Rygge Airport, near Oslo in Norway, when two men were accused of arguing near the toilets and using the word ‘bomb’.

Passengers were forced off the aircraft when the alarm was raised and police detained two men – one from Britain and the other from Sri Lanka, according to police.

The alert was taken more seriously due to events at the home of Manchester United, which saw their final Premier League match with Bournemouth cancelled over safety fears. 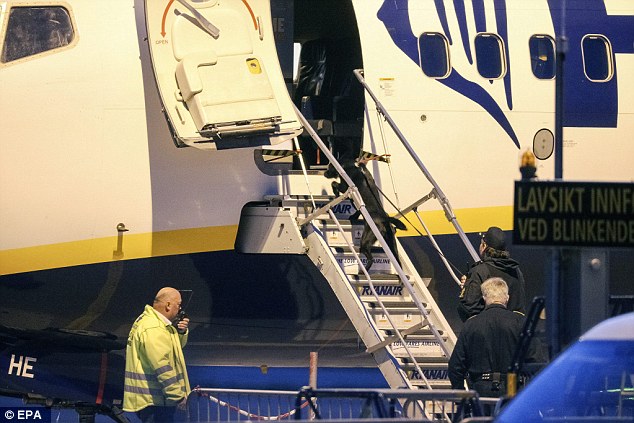 3. Thousands of Afghans march in protest of power line in Afghanistan

4. Italy: Leftists and muslims face off against  police with costumes and insults.

5. IRGC Navy Commander: U.S. Vessels Will Be Sunk in Persian Gulf If They Make the Slightest Mistake

(Obama will no doubt oblige. He wants to be able to mention that he got an Iranian peace deal over cocktails and halal snacks)

6. Donald Trump gets it from the UK media because he insists on telling the truth.

“We have a tremendous problem with radical Islamic terror,” Trump told ITV when asked about the proposed ban on Muslims. “The world is blowing up and its not people from Sweden that’s doing the damage okay. So we have a real problem.”

Thank you M., Xanthippa, Agri Nok, Wrath of Khan and a host of other concerned citizens, all of whom take varying degrees of risk to be informed and help inform others.

Here is a campaign poster for a fellow who ran for the German Green party in the March elections. It helps to know that in Turkish, a C is pronounced as a J. 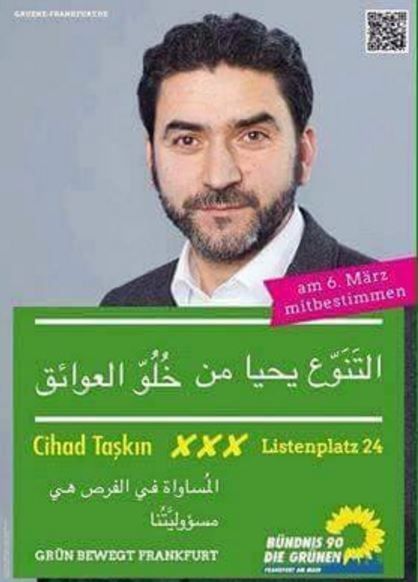 Here is a picture of a German police officer making the hand sign of the Turkish Grey Wolves and wearing a ring which, we are led to believe, signifies the ambition of a new Islamic-Turkish Caliphate.