1. Jason Kenny, now in opposition, questions the Trudeau Liberals about not officially designating the Islamic genocide of Christians and other non-Muslim groups in the middle-east a genocide

(Don’t know what the French part is about but I get the feeling its a claim that Canada is sending in ground forces to fight them. Related but different issue)

A soldier in eastern France has been attacked by an Arabic-speaking man wielding a box cutter, reports say.

The attack occurred on Saturday night near the central train station in Strasbourg, reported BFM TV.
At around 8pm, the man was reportedly walking in the same direction as some patrol troops when he turned around, sliced the face of one of the soldiers, then fled the scene.
The soldiers, who were patrolling the station as part of France’s heightened security measures following last year’s terror attacks, allowed the man to escape rather than risking the safety of the public or causing a stampede, they said.
The aggressor was reportedly speaking Arabic at the time, though did not say “Allahu Akbar” (God is greatest) as has been the case in previous random attacks on soldiers and police in France.

The non-Muslims who participated in this interfaith service were being played for fools, but that is true of most, if not all, “dialogue” between Muslims and non-Muslims. Meanwhile, those who are shocked that Fouad ElBayly turns out to be an “extremist” need to be aware that the death penalty for apostasy is mainstream Islam:

“They wish you would disbelieve as they disbelieved so you would be alike. So do not take from among them allies until they emigrate for the cause of Allah. But if they turn away, then seize them and kill them wherever you find them and take not from among them any ally or helper.” (Qur’an 4:89)

A hadith depicts Muhammad saying: “Whoever changed his Islamic religion, then kill him” (Bukhari 9.84.57). The death penalty for apostasy is part of Islamic law according to all the schools of Islamic jurisprudence.

Turkey has demanded that a photograph, blaming the death of a Turkish child on the Turkey’s President Recep Tayyip Erdogan, be removed from an exhibition in Geneva. The demand bears similarities to the prosecution of German satirist Jan Böhmermann.

The Genevan authorities have confirmed that they have received a complaint from the Turkish consulate to Switzerland. Just like Germany, Swiss law contains a clause prohibiting insults towards foreign leaders.

The offending photograph is part of an exhibition from photographer Demir Sönmez. The photo in question shows a protest in Istanbul in which a banner proclaims that Erdogan was responsible for the death of a teenager.

(The article does NOT link to the photo nor does it give any easy way to find it. But google images yielded the one below:

Former Calgarian John Ridsdel has been killed after he was held hostage for months in the Philippines, Bob Rae, a former Liberal MP and longtime friend, told CBC News.

“It’s hard. It’s just very hard. I’ve been involved behind the scenes for the last six months trying to find a solution and it’s been very painful,” said Rae who has been in regular contact with the family.

Ridsdel was one of four hostages, including a fellow Canadian, Robert Hall, held by the Abu Sayyaf militants, who had issued a ransom deadline that lapsed earlier Monday morning.

Officials in the Philippines had said earlier that government forces were moving to rescue the two Canadians and a Norwegian after their Muslim militant captors threatened to behead one of them if a huge ransom was not paid.

(As usual, the Daily Mail has a good article on this here)

MANILA, April 25 (Reuters) – The Philippine army said a severed head was found on a remote island on Monday, five hours after the expiry of a ransom deadline set by Islamist militants who had threatened to execute one of four captives.

The army would not immediately confirm whether the head was that of one of four people for whom the al Qaeda-linked Abu Sayyaf had demanded a ransom. They are two Canadian men, one Norwegian man and a Filipino woman, who had appealed in a video for their families and governments to secure their release.

“We are being very careful, we can’t say whose head it was,” army spokesman Major Felimon Tan told reporters, adding that tests would be carried out to identify the victim.

Residents found the head in the centre of Jolo town. Tan said two men on a motorcycle were seen dropping a plastic bag containing the severed head.

He said Abu Sayyaf militants had threatened to behead one of four captives on Monday if the 300 million pesos ($6.4 million) ransom for each of them was not paid by 3 p.m. local time.

The initial demand was one billion pesos each for the detainees, who were taken hostage at an upscale resort on Samal Island on Sept. 21.

(By way of Weasel Zippers)

(ATLANTA, GA, 4/25/16) – The Georgia chapter of the Council on American-Islamic Relations (CAIR-GA) today welcomed a decision by Rep. David Scott (D-GA) to co-sponsor an anti-Islamophobia congressional resolution (H.Res.569) following a meeting between his staff and representatives of that state’s Muslim community during National Muslim Advocacy Day on April 18th.

The second annual event, which was organized by the U.S. Council of Muslim Organizations (USCMO), brought more than 300 American Muslims from around the nation to Capitol Hill to meet with their lawmakers.

“We thank Congressman Scott for joining the effort to condemn anti-Muslim hate speech, which undermines our nation’s commitment to tolerance, diversity and pluralism,” said CAIR-GA Executive Director Edward Ahmed Mitchell, who took part in the meeting with Rep. Scott’s staff.

Vienna (AFP) – Austria’s government was licking its wounds Monday after a historic debacle that saw the opposition anti-immigrant far-right triumph in a presidential ballot two years before the next scheduled general election.

According to preliminary results, Norbert Hofer of the Freedom Party (FPOe) came a clear first with 36 percent of the vote, while candidates from the two governing parties failed to even make it into a runoff on May 22.

The result means that for the first time since 1945, Austria will not have a president backed by either Chancellor Werner Faymann’s Social Democrats (SPOe) or their centre-right coalition partners the People’s Party (OeVP).

“This is the beginning of a new political era,” FPOe leader Heinz-Christian Strache said after what constituted the best-ever result at federal level for the former party of the late Joerg Haider, calling it a “historic result”.

(Congratulations Austria. Now lets hope the rest of Europe follows suit because if they do not, the people will turn to real Nazis to get them out of this communist inspired mess Europe is clearly deeply immersed in)

Thank you M., Pym Purnell, Xanthippa, Richard, and many more and MUCH more to come today.

Videos are being churned out like butter in the fall. They will all be embedded as the day goes by. Several already have. 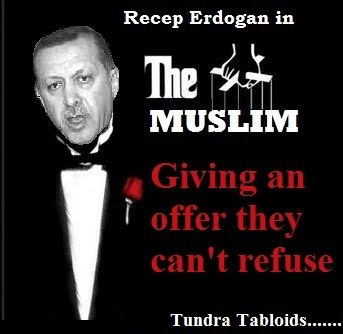