2. Bangladeshi prof. hacked to death for advocating atheism. The Islamic State claims its fighters did this.

(Congratulations to a successful event to all who participated) 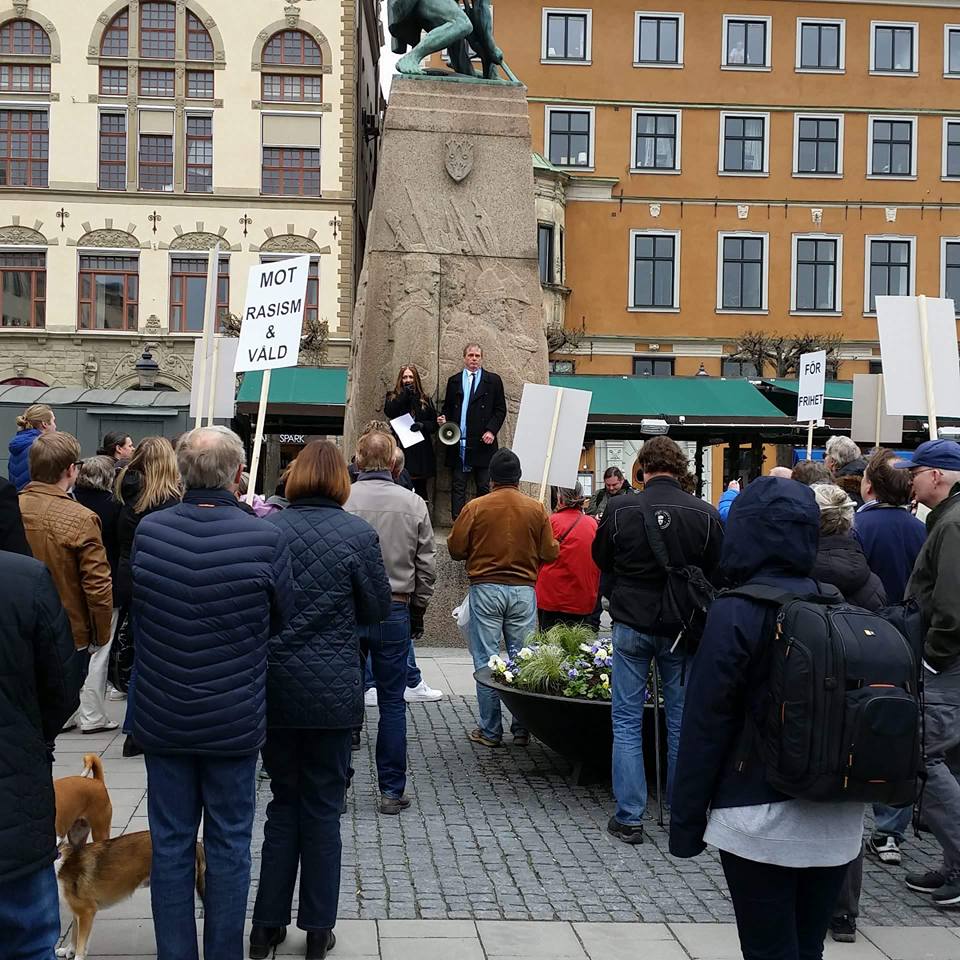 (Personally I don’t trust this video. I think it was edited to make PEGIDA look like other than it is. Near the beginning I think I hear another crowd chanting the Islamic war-cry but they are not shown. In any case, looking forward to more videos from this event to get a clearer non-RT picture of it)

5. ISIS freezes 45 of its members to death in Mosul

After burning people to death, the Takfiri terrorist group ISIS executed 45 of its members by freezing them to death.

Sources said that the 45 members were put alive in morgue freezers in Mosul and were left for 24 hours where they were left to die slowly. This is not the first time that an act of terror has been carried out by terrorists against their fellow-fighters.

In the details, sources reported that “ISIS executed 45 of its members who had fled the confrontations that wre taking place with Iraqi forces in Heet district by putting them in morgue fridges for 24 hours, to later take out the frozen bodies and put it at the entrances of the city.”

Pro-Turkey activists “seized” the sky above New York City, while hired supporters danced below, to scribble slogans denying Turkey’s genocide against Armenians just days ahead of Remembrance Day, which is meant to commemorate its 1.5 million victims.

The US-based Turkish Institute for Progress turned to the blue sky over Manhattan to promote its take on events that took place 101 years ago and that Turkey has been denying ever since.

On April 21, a skywriting plane took off to scrawl controversial slogans praising Turkey and rejecting the Armenian genocide of 1915.

7. Christian refugees “let down” by Pope: he promised to take them to Italy but then took only Muslims instead

A Christian brother and sister from Syria say they have been ‘let down’ by the Pope after he left them behind in a Lesbos refugee camp despite promises they would be given a new life in Italy.

Roula and Malek Abo say they were two of the lucky ‘chosen 12’ refugees selected by the Vatican to be taken from the desperate camp and housed in Rome.

But what seemed like the chance of a lifetime was cruelly snatched away when they were told the following day they couldn’t go. Instead three Muslim families were taken.

Roula, 22, and her brother arrived on Lesbos on April 1 – ten days after the controversial EU deal to return all asylum seekers arriving to Greece from Turkey.

Thank you M., Wrath of Khan, Jan S., Sunshine, and many more. More to come later.

Watching US president Obama threaten the UK over trade if they left the fully commie EU inspired me to make the following short related video.

5 Replies to “Turks deny Armenian genocide in skywriting, Finns fight back, Another atheist academic murdered by Muslims, Links 1 on April 23 – 2016”