(If ever there was a promise a politician made that was worth cheering for, this is it. Lets hope he follows through because we know Erdogan will keep supporting the Islamic State)

“Should Turkey not stop supporting al-Qaeda’s Syria branch, I am indeed eager to end the job the late Tsar Nicholas II left unfinished. During the World War I , He [Tsar] sought to restore Constantinople (Istanbul) to Christendom and protect Russian maritime security by liberating Dardanelles and Bosphorus straits but fate prevented him,” TASS Russian News Agency cited President Putin as saying on Saturday. We also advocate Greek sovereignty over the Cyprus, added Putin, and call the Turkish regime to end its decades-long occupation of this Mediterranean island

(I want a pair of those glasses. For the first 20 seconds of the video I thought it was a grey bar over the eyes the editor had put in to anonymize him)

4. How do you get a FREE OCEAN VIEW HOUSE with a yard

(Well first you have to be muslim and then threaten to embarrass the government by saying you want to go home rather than live in the free apartment you were given. And why are we taking refugees from JORDAN?) 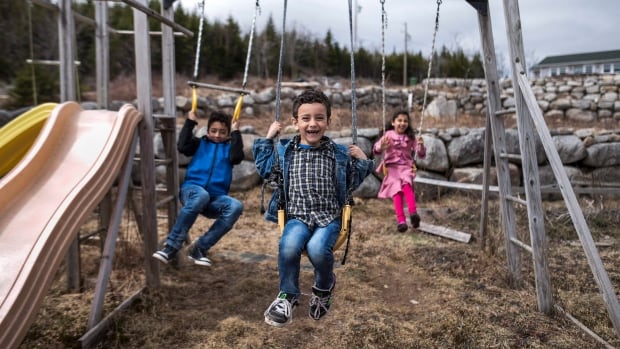 Just a few months ago Syrian refugee Ziad Zeina was contemplating returning to the Middle East rather than continuing to live in a Halifax apartment he described as dirty, small and cold.

Then a small Nova Scotia community 50 kilometres outside the city swung into action to provide a cedar-shingled home with a yard and a view of a beach for the six-member family.

“Without this help … I probably would have made the decision to go back to Jordan,” said Zeina, as Basim Sobeih translates for him during a potluck supper held to honour the family’s arrival in Hubbards, N.S.

5. More footage of the peace of islam in Afghanistan

(What else would we expect?)

(The video interview at Breitbart doesn’t really explain why the 28 pages are not being released that I can see. Obama produces one of his patented ‘very reasonable’ sounding arguments against a piece of legislation but what about the report on the Saudis and 911?)

In an interview that aired on Tuesday’s “CBS This Morning,” President Barack Obama discussed some of the lingering issues surrounding the Sept. 11, 2001 terrorist attacks, including an unreleased classified portion of the 9/11 report and a legislation called the Justice Against Sponsors of Terrorism Act, would allow victims those attacks to sue countries that support terrorism.

Obama would not commit saying if those pages would be released and he panned the legislation, warning that it would open the United States up to lawsuits by individuals in other countries.

Dr. Iqbal Massod Al-Nadvi is the Chairperson of Canadian Council of Imams and also serves as the Amir (President) of Islamic Circle of North America (ICNA) Canada.

His previous positions included the following: Director of Al-Falah Islamic School in Oakville, Ontario from 2004 to 2011, Imam of Muslim Association of Calgary Islamic Center from 1998-2004 and as a member of the University of Calgary chaplaincy team.

In an interview to the online show “The Muslim View” (the video was published on YouTube on Novenber 16, 2015), Iqbal Nadvi how the Canadian Council of Imams succeeded to have a meaning impact in the last federal elections and to help Justin Trudeau become the Prime Minister. The following is an excerpt from the interview (04:33-05:43):

“And the second reason that you had mentioned was with regards to community involvement. How has the community been involved with the greater Canadian community, within the Muslim community? If that makes sense.”

(We published some actual numbers taken from a slightly left of center free community paper some time ago showing that the usual muslim vote is around 30% of the community but in this election it was over 80%. A quick look at the ridings where Muslims predominate give you the facts as to who they mobilized for. The last but most important question is why. I cannot find the link right now but will keep looking. I think its from February)

Thank you M., Wrath of Khan, Xanthippa, ML., and many more. More to come in spades.

Below, the Egyptian army commits a crime against the French national anthem on the occasion of the visit of Hollande.

4 Replies to “Egyptians commit musical crime, Afghans exploding across the nation, Germans prosecute a man for hate speech cause its true, more: Links 1 on April 19 – 2016”