1. Isn’t who the Liberals picked to run in Saskatchewan an interesting diverse mix.

3. Outcry as Muslim students are exempted from Swiss tradition of shaking female teachers’ hands at school after ‘refusing to adopt their way of life’

(Because as it should be obvious by now, multiculturalism means everyone’s culture comes first except White European and possibly Jewish depending on whether the issue conforms to or opposes the Marxist narrative)

Muslim students in Switzerland will no longer need to shake hands with their female teachers, in a ruling that has caused an uproar and consternation in the country.

Education authorities in the northern Swiss municipality of Therwil, in the canton of Basel-Country, reached the controversial decision after two male students complained about the Swiss custom. 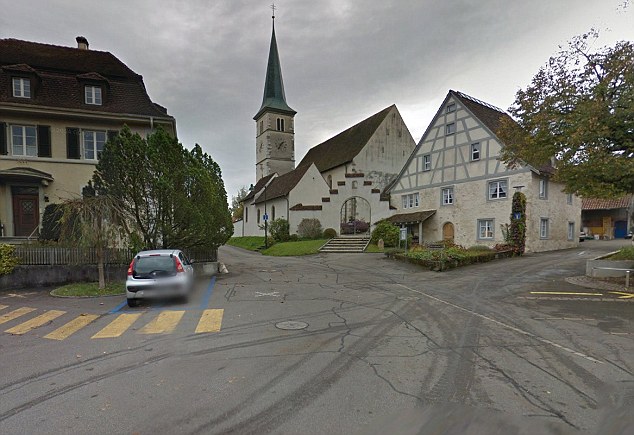 Two students in Therwil (pictured) claimed shaking hands with female teachers was against their religious beliefs, which do not permit physical contact with a person of the opposite sex except with family members

They argued that Islam does not permit physical contact with a person of the opposite sex, with the exception of certain immediate family members.

The decision triggered an outcry across Switzerland with Felix Mueri, who heads the parliamentary commission on science, education and culture, insisting that ‘shaking hands is part of our culture’.

(ANSA) – Bolzano, April 5 – Austrian Defence Minister Hans Peter Doskozil said Tuesday that Vienna was ready to deploy hundreds of troops at the Brenner pass to bolster checks at its border with Italy, according to Austrian agency APA. “

5. Migrants, Hungary reinforces barriers along Serbia border Due to rise of illegal crossings over the past week 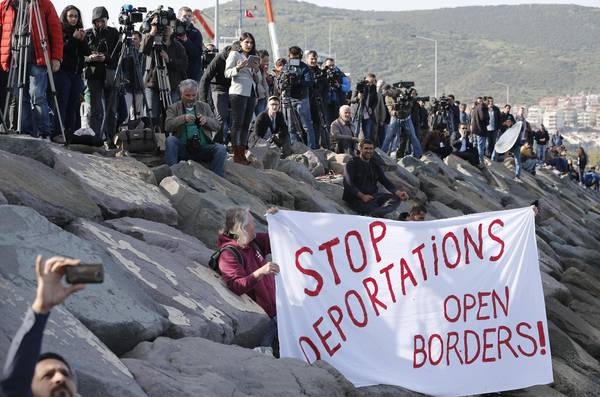 (ANSA) – TRIESTE – Hungarian military has started reinforcing the barriers along its border with Serbia, local media reported quoting a statement by the defence ministry issued Sunday. The activities include the positioning of fence between the localities of Kelebia e Asotthalom, where barbed wire had been erect last autumn.

6. In a story right out of Bizarro world, Egypt sends Al Azhar imams to New Zealand to “help reduce radicalism”.

Egypt’s Government is sending Cairo-educated imams to “take control” of New Zealand mosques and Islamic centres in a new drive to reduce radicalisation and counter jihadism.

The imams – trained at the ancient Al-Azhar University, regarded as the foremost institution in the Islamic world for the study of Sunni theology and sharia law – will spend up to three years working alongside local mosque leaders promoting moderate Islam and tolerance.

One imam is already working at a Wellington mosque and three more are applying for work visas, according to Egypt’s Ambassador to New Zealand, Tarek al-Wasimy.

Explaining true Islam and promoting its peaceful message was an important first, proactive step in protecting the world from militant Islam and terrorism, he said.

“We are all combating terrorism. It has no borders and nobody is immune,” he told the Herald yesterday.

7. Wanna see what the worst lying propaganda looks like from the hard deceptive left? Check this video of half truths, staged events and one sided hyperbole from Euronews who we have busted a few times in the past manipulating data as deceptively as MSNBC and CBC etc.

People who read this site will be familiar with the more typical events of Muslims at that same border crossing when they didn’t think cameras were there.

8. Oh! So suddenly they WANT to stay in Greece all of a sudden!

(No one is asking: “Why did you wait till now to apply? Why the sudden change of heart? There is NO attempt to get to the reality of this story at all, just like the one above)

“You have to listen to quite a few insults that go way below the belt,” says Jürgen Augstein. He works at the reception desk in the job center in the small Bavarian town of Hof. As clients “let off the most steam” there, the agency has taken security precautions for its employees: They are never allowed to be alone with a client; they have an emergency button at their disposal and they can quickly withdraw from the situation if they are assaulted.

One simple detail that shows the gravity of the situation is the fact that office utensils, like a metal stapler, cannot lie on top of a desk because they are often thrown at employees. At a conference hosted by the Interior Ministry in Berlin, the receptionist, Augstein, reports that his desk is “cleared” two to four times a week by upset clients and then, the keyboard and phone are sent flying. In recent years, two job center employees have been killed by unemployed attackers.

Immigration Minister Sylvi Listhaug said the move would stop refugees disappearing while their application was being looked into.

She said: “Police will now have the opportunity to arrest and detain groundless asylum seekers who come here and get a fast-tracked application process.

“We see that groundless asylum seekers are disappearing while police are processing the applications. This will stop them from running away and possibly ending up in a criminal environment.”

Thank you M., Richard, Wrath of Khan, Kathy, Oz-Rita and many more who are doing herculean work to help us all understand the growing enormity of the problem. Some fantastic stuff in translation now. I hope to have it all up by tomorrow night.

Still more to come tonight though.

6 Replies to “The implications of each of these stories deserve time and thought to process: Links 2 on April 5 – 2016”