1. UK Police: Be ‘Kind’ And ‘Use The Internet Safely’ Or ‘You May Receive A Visit

(Just in case anyone is labouring under the delusion that law and order, and real human rights apply, you are on notice. At least in the UK, they do not)

Glasgow Police have threatened social media users, ordering them to be “kind” and not “hurtful” unless they want to “receive a visit… this weekend”.

(Really, click over to the BB link and read it. Its horrifying. One of the criteria they can use to ‘visit’ you, is whether or not your post was “necessary”. That is all about the arbiter.)

The religious head of Scotland’s biggest mosque will not face charges over a series of leaked messages that apparently praised an extremist who was executed after murdering a politician in Pakistan.

Glasgow Central Mosque Imam Habib ur Rehman was said to have made favourable comments about assassin Mumtaz Qadri.

Qadri was hanged in February for the murder of Punjab governor Salman Taseer, who opposed Pakistan’s strict blasphemy laws. 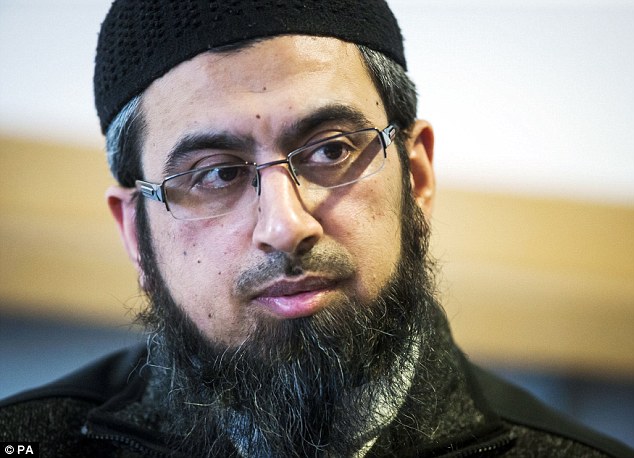 No charges: Glasgow Central Mosque Imam Habib ur Rehman will not face charges over a series of leaked messages. He was said to have made favourable comments about assassin Mumtaz Qadri

3. CIA fighting the Pentagon in Syria

(So this is what they mean by, ‘diversity is our strength’)

Syrian rebel groups backed by different parts of US defense establishment are shooting at each other.

The fractured situation in Syria is looking even more bleak as forces allied with different parts of the US defense establishment are fighting against each other.

The Los Angeles Times reports that the Kurdish-dominated Syrian Democratic Forces (SDF), which is supported by the Pentagon, has been clashing with the CIA-backed Arab Fursan al-Haq militia near Aleppo.

“Any faction that attacks us, regardless from where it gets its support, we will fight it,” said one of Fursan al-Haq’s leaders.

SDF and Fursan al-Haq are only two of the dozens of groups that are fighting against dictator Bashar al-Assad and ISIS, yet cannot come to power-sharing arrangements among themselves.

4. Is Putin bringing in more firepower to Syria?

(Much doesn’t make sense about this clip. The American Colonel’s strategy for instance, Killing the ISIS leader just promotes someone else)

5. The Brussels Bombing, Vibrant DIVERSITY & Why TRUMP CAN WIN

(Watch this please. It is excellent well done)

Yesterday was spent filming and editing. A lot of work and time for not a lot of content. Today is editing and catch-up. Much to post. A lot going on.