Capitol building and white house on Lockdown thanks to unknown gunman who started shooting at police in the visitor area.

The US Capitol is on lockdown after a visitor opened fire, shooting and wounding a police officer – just hours after an active shooter drill in the government building.

Staffers in the visitor center were ordered to shelter in place just before 3pm (Eastern Time) on Monday as police secured the area.

One officer was hospitalized with non-life-threatening gunshot wounds. The suspect was taken in to custody within minutes of the first shot being fired, the Associated Press reported.

There was confusion as the shooting came soon after a scheduled active shooter drill, which staff had been notified about via email.

A visitor, Cathryn Leff from California, described crowds running and screaming after gunshots sounded as she was walking through security. 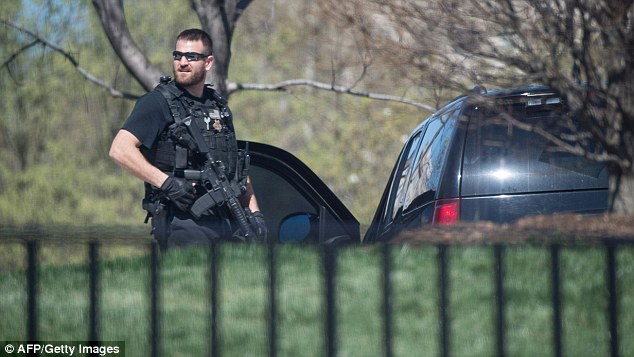 Now we have this at Times Square:

Around the same time we heard about a shooting near the U.S. Capitol building we started to see reports about a situation in Times Square where the police had to shut down a large portion of the tourist attraction due to a security threat.

The bomb squad is on the scene due to a suspicious package.

2 Replies to “Some noteworthy events of today”