1. ISIS warn they will INVADE London and leave our streets ‘filled with blood’ 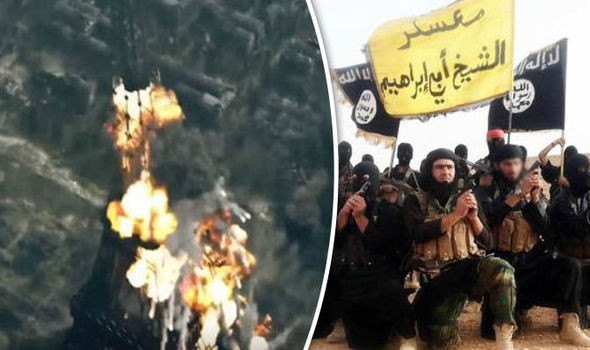 The sick jihadis said the attack will come “from where you don’t expect” in a sinister propaganda video comes just days after the Brussels terror attacks.

ISIS claimed responsibility for the attacks on the Belgian capital which struck an airport and metro station – leaving 31 dead at 300 injured.

3. Cruz on Fox doubles down on the ‘Islam is different from Islamism’ Canard

Dutch police arrested a 32-year-old Frenchman in the port city of Rotterdam on Sunday at the request of French authorities who suspect him of “involvement in planning a terror attack,” prosecutors said.

Residents were evacuated from homes near addresses on two streets that were raided Sunday by anti-terror police, who also took three other men into custody.

French officials requested the arrest Friday after the suspect emerged during an investigation, according to a statement from the Dutch national prosecutor’s office.

The arrest was part of a broad intelligence operation to thwart a plot to stage an attack in France, French Interior Minister Bernard Cazeneuve said in a statement.

The suspect is believed linked to a Frenchman arrested in the Paris region last week, Reda Kriket, the Paris prosecutor’s office said. The interior ministry said another person was detained in Belgium on Saturday in the case.

5. Police release video of third suspect in Belgium airport attack. You have all seen the stills from it however. Nothing new here.

The sole suspect charged over last week’s Brussels attacks was released this afternoon following a lack of evidence linking him to the carnage, Belgian prosecutors said.

‘The indications that led to the arrest of Faycal C. were not substantiated by the ongoing inquiry. As a result, the subject has been released by the examining magistrate,’ the federal prosecutor’s office said in a statement, without giving further details.

Thank you Wrath of Khan, M., Tasha Car, and many more who sent in news. More to come.

If anyone would like to watch and review the 6 part series Tasha left in the comments it could be valuable to all of us. I watched the first and last few minutes of the series and it seemed to be as far leftist pap as it could be and still acknowledge real world events. But again, I didn’t see the series. It just seemed to set up Europeans as the bad guys and ended it on a note of despair that “far Right groups ‘use’ the opportunity of islamicistismish terrorism for their own secret goals of hating on everyone or something. But I would welcome a proper review.

7 Replies to “More threats from Muslims, endless streams of bodies killed by Muslims, the usual: Links 1 on March 28 – 2016”