(Although clearly this is the policy, unwritten but enforced, it still should infuriate. When the truth goes against the narrative, criminalize the truth. I hope to have much more comprehensive information on this story today!)

2. Andy McCarthy: Islam is not a religion of peace

3. Poland PM refuses to take in migrants after Brussels attacks

Warsaw (AFP) – Polish Prime Minister Beata Szydlo on Wednesday said Warsaw would not take in its share of migrants under an EU plan because of the jihadist attacks that killed 31 people in Brussels.

Poland is the first EU member to take such a step after Tuesday’s bombings at the Brussels airport and metro, which also left 270 wounded — including three Poles — and were claimed by the Islamic State group.

“After what happened in Brussels yesterday, it’s not possible right now to say that we’re OK with accepting any number of migrants at all,” Szydlo told private television Superstacja.

4. Belgian officials continue to do the one thing they seem to do well. Decieve the public to make sure no one gets the right idea about Islam

(The notion that they had long rap sheets “that have nothing to do with terrorism” is nearly certainly nonsense. All activity was likely raising funds for jihad, or reducing the ability of the state to enforce sovereignty)

Thank you M., Maria J., Wrath of Khan, Richard, and many more who have sent in materials today that I haven’t even looked at yet.

Dan Park, the thought-crimes recidivist in Sweden, made this excellent cartoon the day of the attack in Brussels, meaning yesterday, which seems to have been copied by many or quite possibly they had the same idea, but Dan’s is predictably the best and will probably earn him another few months as a guest of the state in Club Fed.

The idea is from a famous fountain in Brussels with a bronze urinating boy. Something which is … common among French fountains I find. 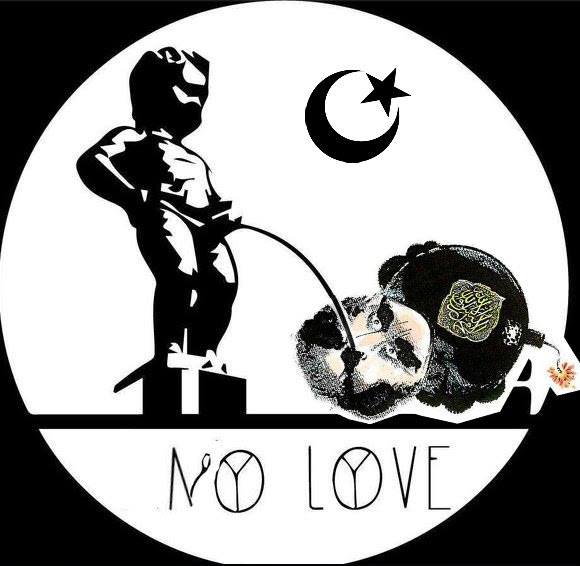 Here is a woman that understands the fundamentals. A government’s job is to protect your rights. Not you.

Obama made his usual, on-the-surface-reasonable sounding speech saying it makes no sense to surveil Muslims, and then explaining its against his values but phrasing it like its against ours. If you must see it, its here.

6 Replies to “Extremely predictably, ‘backlash, Muslims the real victims’, but some surprises and more coming: Links 1 on March 23 – 2016”