The RCMP is focusing on “direct interventions” with the dozens of known jihadis on Canadian soil, instead of laying charges, Commissioner Bob Paulson has revealed.

CSIS director Michel Coulombe told a Senate committee on Monday there are currently 60 Canadians known to have returned home from going abroad to participate in terrorist activities. Their activities range from engaging in paramilitary exercises to providing logistical support to receiving jihadist education and training. On top of this, there are another 180 Canadians who remain abroad for such purposes and could eventually return home.

According to the Criminal Code, leaving the country or attempting to leave to participate in terror is illegal.

“If we’re not getting the evidence, are we satisfying the safety issues by surveillance and other techniques while we collect the evidence or are there alternative ways of keeping communities safe by direct interventions with the individual or his family?” RCMP Commissioner Bob Paulson told reporters following his testimony Tuesday before the House of Commons public safety and security committee.

(Thanks to the reversal of the Harper policy revoking citizenship for terrorists by PM. Janissary Trudeau, they can now come back to Canada and we cannot deny them entry. As is the new normal, no comments are available on this article at SUN. Please make them here)

2. Severed head found in box on pavement outside Amsterdam cafe

(Although a once-in-a-lifetime opportunity for ‘lost head’ snarks, I will show restraint on this one)

A severed head has been found in a box left outside a cafe in Amsterdam.

The gruesome discovery was made outside Fayrouz Lounge close to the city’s popular Vondelpark this morning.

Police are investigating whether it is linked to the discovery of a decapitated body which was found in a burnt-out car on the edge of the city yesterday. (Notice how cleverly Muslims have become an actual race such that criticism of their ideology and doctrine is actually a criminal act now. This of course could be used by Republicans in the US against pretty much every Democrat who opens his mouth as Republicans are as much a race as Muslims are)

Wilders is facing charges of firstly deliberately insulting a group of people because of their race. Secondly, inciting hatred or discrimination against these people. The Prosecutor is accusing Wilders with four variants of each of these offenses – complicity, commit, incitement and “doing it complicity”.

The U.S. and U.N. have confirmed the Islamic State (ISIS/ISIL) in Libya now possesses shoulder-held missiles capable of downing civilian or military aircraft.

The admission puts planes in North and West Africa as well as all of Europe in danger.

The Islamic State’s stock of MANPADs (man portable air defense systems) originated from the stockpiles of weapons looted after Libya’s dictator Muammar Gaddafi was overthrown by rebels in 2011.

Gaddafi was believed to have possessed 20,000 MANPADs (Russian-made SA-7 and SA-16 models) by the time of his demise. An American team, acting in Libya after the coup, managed to locate and destroy 5,000 of the missiles.

(A worthy effort. I hope these women have serious protection from their male Muslim counterparts)

Nisa – a progressive Muslim women’s forum based in Kozhikode, India – filed a petition in the Supreme Court seeking to declare as unconstitutional sections of the Muslim Personal Law. These elements deal with the practice of triple talaq (a divorce obtained by the husband saying “I divorce you” three times), polygamy, nikah halala (bar against remarriage with divorced husband without an intervening marriage with another man) and inequality in intestate succession.

“We are just asking for the basic rights guaranteed by the Constitution to all Indians,” said Nisa President V.P. Zuhara, stated,

This petition is coupled with another one filed a few weeks ago by another Muslim woman regarding the same matter.

(The Islamic world must be sequestered now)

A beach resort in the Ivory Coast has come under attack from gunmen armed with Kalashnikovs, according to reports.

At least eleven dead have been killed including a five-year-old child as a result of the assault on a hotel in the coastal city Grand-Bassam, it is reported.

Some witnesses said the attackers were shouting “alluha akbar” during the rampage.

Dramatic footage showed people running away from the beach near the Etoil du Sud hotel to sound of gunfire in the background.

Graphic images of dead bodies have also been shared on social media.

One local news outlet reported that one European and their companion were seriously injured. 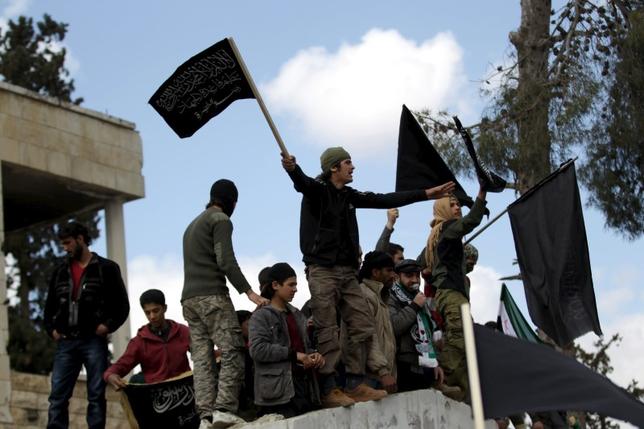 The al Qaeda-linked Nusra Front seized bases and weapons from a Western-backed rebel group in overnight fighting in northwestern Syria, the Syrian Observatory for Human Rights said on Sunday.

Rami Abdulrahman, director of the Observatory, said the Nusra Front had also detained dozens of members of the 13th Division rebel group, one of the factions that has received foreign military aid, capturing U.S.-made anti-tank missiles.

The 13th Division, which is led by the prominent rebel commander Ahmed al-Seoud and fights under the banner of the Free Syrian Army, said on Twitter that Nusra Front fighters attacked its bases and seized weapons, but gave no further details.

8. At least 27 dead and 75 injured in blast in Turkish capital Ankara just weeks after 30 were killed in car bomb there

A huge explosion has the Turkish capital of Ankara killing 27 people and wounding at least 75 others, according to local media and a senior security official.

Several vehicles were destroyed or damaged in the explosion, which took place in the Guven Park near Kizilay in central Ankara, near the Education Ministry. 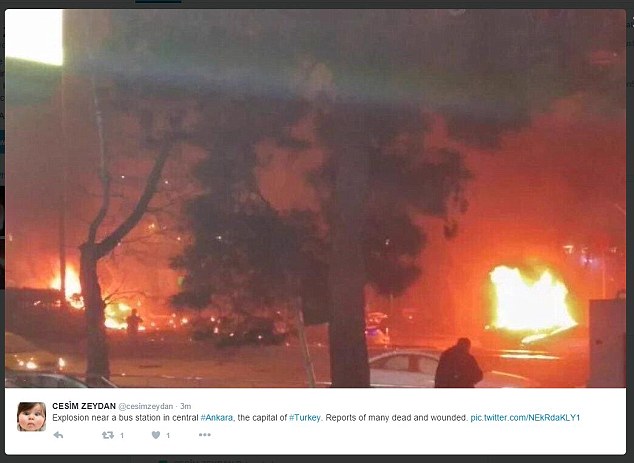 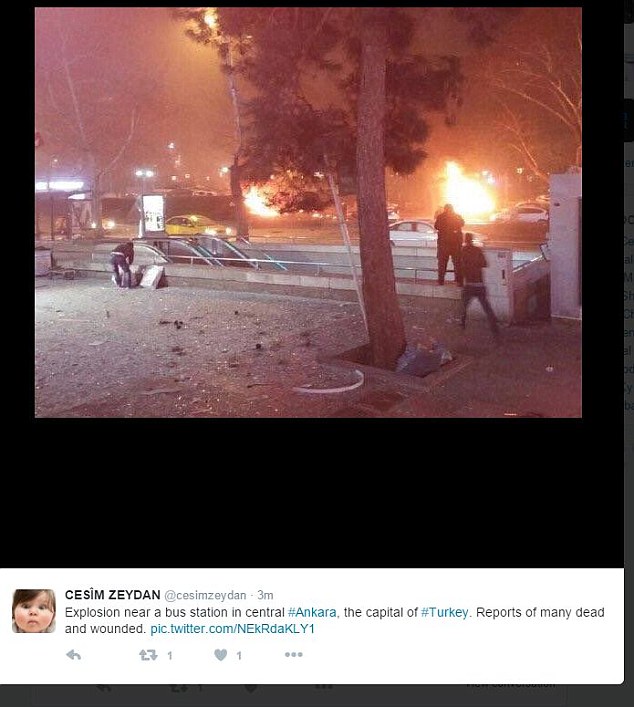 Thank you Shabnam A., M., Tundra Tabloids, Wrath of Khan, and many more. Still catching up. Loads to go. Stay tuned for some amazing material from France.

(Because if there is one thing that people in the Arabian desert need massive protection from, its rain)

MAKKAH — Work started on Thursday for the installation of the world’s largest folding umbrella in the northern courtyard of the Grand Mosque in Makkah.

This is the first of the eight high-tech giant umbrellas and 54 small ones to be installed in the Grand Mosque in the coming six months.

Being manufactured in Germany, each canopy will consist of a giant clock, screens of guidelines for worshippers, air-conditioners, and surveillance cameras. Each umbrella will have a height of 45 meters and weigh 16 tons. It will give shade to an area of 2,400 square meters when open.