1. Interesting video by a woman against contemporary feminism

(If what this woman says is factual and fair, and most of it clearly is, the brain spins in the skull to see how many women, and women’s groups are fighting for islam to become influential, and ultimately perhaps dominant in our society)

ICNA (Islamic Circle of North America) Canada is an Islamic nationalwide organization striving “to build an Exemplary Canadian Muslim Community” by “total submission to Him [Allah] and through the propagation of true and universal message of Islam.”

“Another highly important reason for the prohibition of migration of Muslims to Dar-ul-Kufr is that it goes against the spirit as well as their readiness for Jihad fi sabilillah (striving and fighting in the way of Allah). This spirit and readiness must be kept always alive so that the Muslims may respond at once to the call of Jihad whenever the need for it arises anywhere.

An alleged terrorist plot to hijack or bomb a passenger plane from the Saudi Arabian air fleet has reached an ”advanced stage” of implementation, according to a reliable airport source.

The airport source on Saturday cited the threat of terrorist attack that would be carried out somewhere in Southeast Asia after Iran warned of “divine revenge” against Saudi Arabia over Riyadh’s recent execution of a religious leader, a prominent cleric.

The source confirmed that the Saudi Arabian Embassy in the Philippines has informed the Department of Foreign Affairs that its government intelligence had received information that “Iranian Revolutionary Guards” are allegedly preparing to mount the attack.

The Manila Times has obtained a copy of that confidential communication written by a retired admiral in behalf of the Foreign Affairs secretary, dated January this year, indicating that the plan has reached the “advanced stage.”

(I had forgotten to wonder what the Iranians were planning as revenge for that execution in the KSA. Its been quite a while now. I guess the Shiia really do think revenge is a dish best served cold)

5. Oldie but worth visiting again. We posted this roughly when it was made, but its worth posting again

Hungary will hold a referendum on whether to accept mandatory EU quotas for relocating migrants, Prime Minister Viktor Orban has announced.

Without disclosing the date for the poll, he stressed that the quotas “could redraw Europe’s cultural and religious identity”.

In September, the EU agreed to relocate an additional 120,000 migrants across the continent – a move Hungary opposed.

Under the plan, Hungary will now have to take in a share of migrants.

More than one million people arrived in the EU in 2015, making it Europe’s worst refugee crisis since World War Two.

7. Police in Cologne launch new sex attack investigation… into who was leaking information to the Press about cover ups

)There is a city in Germany famous for a series of trials. I believe they should dust off the equipment there soon)

Police in Cologne have launched a new sex attack investigation – into who was leaking information to the Press about cover-ups.

The Cologne force has repeatedly faced embarrassment over the leaks amid claims senior officers played down the role of immigrants in the wave of New Year sex attacks in the city.

Leaks included a secret internal document detailing the extent of the crimes, as well as an interview with a senior officer who revealed how they were receiving hundreds of requests for help on the night but were powerless to do anything. 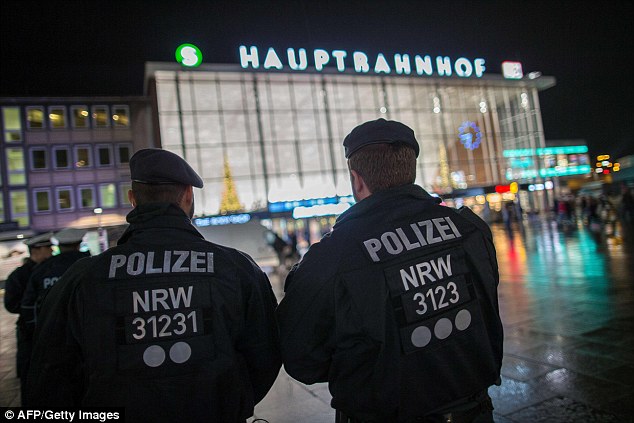 The official added they were dealing with a level of disrespect for the law which they had never seen before.

(RT Also has the story here)

8. But Islam Has Nothing To Do With It!: ISIS Holds Quran-Reciting Contest

The Left can preach all day long that Islam has no connection with terrorism. Or, more outrageous still, that the faith has nothing to do with ISIS (even though Islam is in its name).

Well, the Left should tell that to ISIS, which has just commissioned a new outreach effort encompassing a Quran-reciting contest.

Yes, faithkeepers who can recite the Quran by heart will be awarded cash and, presumably, a free pass on that day’s rounds of mass-executions. More from Breitbart:

9. EU., UN., criticize Balkan states for showing a modicum of self preservation.

The European Union and United Nations on Tuesday criticized new police restrictions imposed on those traveling along the main migrant route through the Balkans, where hundreds of Afghans have been blocked from crossing into Macedonia, Associated Press reports.

Police chiefs from EU nations Austria, Croatia and Slovenia plus non-members Serbia and Macedonia agreed last week to only allow in people “arriving from war-torn areas.”

They decided migrants must carry identity documents, be fleeing a conflict zone and have a “registration form issued by Greek authorities.” The new rules block entry for people wanting to reunite with families, avoid military recruitment or escape “personal disputes.”

“(We) have concerns about this approach, and will raise the matter with the relevant countries,” the EU’s executive arm said in a statement.

The move has stranded thousands of Afghans and others in Greece, where an average of 4,000 asylum-seekers land each day, even though some of the Afghans could potentially qualify for asylum.

10. Estonian branch of Finnish, ‘Soldiers of Odin held a demo with a pretty impressive sized crowd. This would be the non-leftist response to a ‘candle-light vigil’ it would appear.

Too bad Western leaders didn’t just listen to moderates and reasonable traditional liberals when they had the chance. But they didn’t.

I apologize if anyone sent in material and I neglected to mention them. There are a lot of really thoughtful and warm hearted people who contribute to this site regularly in multiple ways. I am deeply grateful to all of you for your help with this site. But sometimes it can get overwhelming and most days are very long days, not just with this site but organizing other aspects of this issue and writing for other sites and meetings and so on, not to mention editing and filming etc. As a consequence, some of the little things I like to do get missed.

This would be a good time to remind people to check the comments. There are lots of great additional links there and some good discussions. In around 40 minutes, a video of a US government process to bump up the bill (is it the one Cruz introduced?) to the next level of consideration should auto publish as soon as the video uploads and processes at YT.

I hope people more familiar with the US legislative process can explain to all us non-Americans what we are seeing there please. It is satisfying however to see at least some members of the US legislature describing the Muslim Brotherhood accurately and suggesting reasonable measures be taken.