1. Judge orders all Clinton Emails be released by end of Feb.

(This should be revealing. If for no other reason, this should tell the American people if there is one law for them and one for the self appointed elite. This should be known by the ides of March one might estimate)

(Several other subjects are raised in that video to which little of value is offered. As to encryption, the issue is not directly the Snowdon revelations and crime as stated, but the fact that the NSA and other agencies, including in Canada, are accessing people’s private communications without warrant and claiming it is random data gathering. This is unacceptable. The idea of using secure apps like Signal etc. is to force governments to obey the law, not to allow citizens to break it)

3. Soldiers in Austria VOLUNTEER to stay in service so they can block Middle East migrants 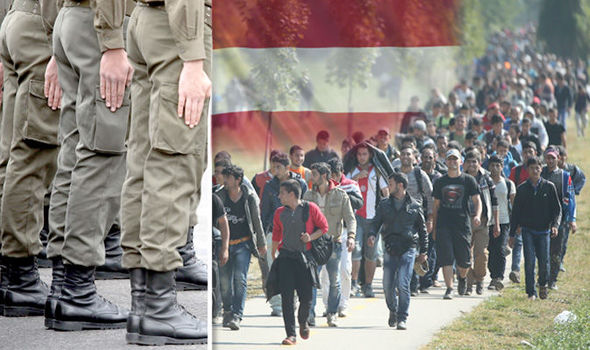 In one company of 200 soldiers, almost half opted to remain policing the country’s southern borders in an effort to stem the flow of illegal immigration.

Austria, along with Germany, has been at the centre of Europe’s biggest migration crisis since World War Two.

The small, landlocked nation has deployed soldiers to help police deal with the hundreds of thousands of migrants who have streamed over its border since September.

The volunteers will man the land next to Slovenia in the coming weeks.

A defence ministry spokesman said: “In one company 74 recruits voluntarily registered to go to the border immediately after their six months of military service.”

(The comparison to the “migration crisis of WW2” is misleading)

4. Here are a couple of interesting stories when viewed back to back:

Asked about proposals by some Arab countries to enter the conflict under a US command, Medvedev said, “that would be bad because ground offensives usually lead to wars becoming permanent”.

“The Americans and our Arabic partners must think hard about this: do they want a permanent war?” he was quoted as telling the German Handelsblatt business daily in an interview.

MOSCOW (Reuters) – Russia’s Defence Ministry said on Thursday that two U.S. aircraft had bombed the Syrian city of Aleppo on Feb. 10, and that Russian planes had not been operating in the area. […]

But Defence Ministry spokesman Igor Konashenkov said in a statement that “only aviation of the anti-ISIS coalition flew over the city yesterday”, referring to the U.S.-led alliance of countries fighting the Islamic State militant group.

“At 1355 Moscow time, two U.S. Air Force A-10 attack aircraft entered Syrian airspace from Turkish territory. Reaching Aleppo by the most direct path, they made strikes against objects in the city.”

Archbishop Ieronymos, the head of the Church of Greece, has expressed caution toward plans to build a mosque in Athens while warning that shutting down Greece’s northern borders will turn the country into a holding pen for refugees.

“Who are we going to build a mosque for?” Ieronymos said during an interview with Skai TV late Wednesday, adding that Sunni and Shiite Muslims “are killing each other.”

“Are these people going to pray there or will mosques become schools for jihadism and fundamentalism? Who is going to monitor this?” he said.

(Safe to say he isn’t a follower of the current Catholic pope. Video in Greek here. Looking for translators now)

6. VICE News clip on danger to apostates of Islam 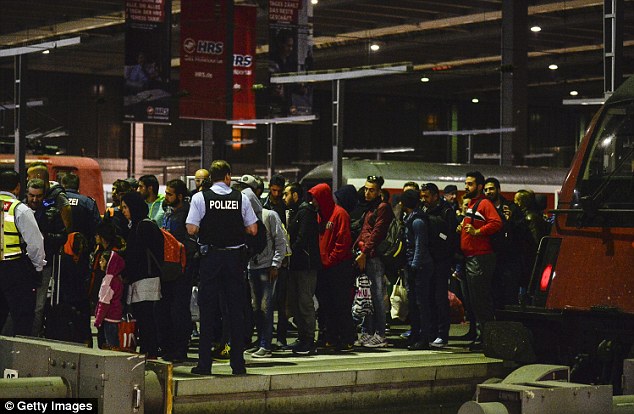 8, Was Ohio Restaurant Targeted In Machete Attack Because of Israeli Owner?

(Last night someone with a machete attacked patrons at a Mediterranean restaurant called  Nazareth, and police and media in early reports were spartan with their details and descriptions. What has become a sign of a muslim attacking in jihad.)

UPDATE: CBS News is reporting that the FBI is investigating the incident as a lone wolf terror attack. Suspect is a Somali, Mohamed Barry:

CBS News has identified the suspect as Mohamed Barry, however neither 10TV nor Columbus Police have confirmed the suspect’s name.  CBS News also reports Barry has a Somali background and may have traveled to Dubai in 2012.Law enforcement tells them the incident appears to be the type of “lone wolf terrorist attacks they’re trying to stop.”

The FBI is assisting in the investigation.

9. All terrorist groups working in collusion to launch attacks: Bajwa

Around 97 al Qaeda and Lashkar-e-Jhangvi militants, including three commanders, were arrested in Karachi and a planned attack to break US journalist Daniel Pearl’s killer out of jail was foiled, Director General Inter-Service Public Relations Lt-Gen Asim Saleem Bajwa said on Friday.

The men are accused of involvement in major attacks on two air bases, the Karachi airport, several regional intelligence headquarters and on police installations between 2009 and 2015, DG ISPR said. 10. In Iran yesterday, Iran did a public reenactment of the ‘capture’ and humiliation of the US sailors recently. Kerry congratulated them for something or other.

The question not asked, is asked in the video linked above.

Thank you Richard, M., Maria J., Sassy, Wrath of Khan,  and many more and a great deal more to come. Please stand by.

3 Replies to “A question about the Iran capture of US sailors, Austrian sailors VOLUNTEER to protect borders, more: Links 1 on Feb. 12 – 2016”