(Given Turkey’s actions the past few years, I think I would be more worried if they gave her an award of some kind) It’s unclear whether turkish authorities have charged, or are planning to charge, Zaynab Khadr.

Zaynab Khadr, the outspoken sister of former Guantanamo detainee Omar Khadr, is in custody in Turkey, the Star has learned.

It isn’t known whether she has been charged or is just being held.

Khadr had moved to Turkey around the time her younger brother Omar was transferred from Guantanamo Bay, Cuba, to Canada in September 2012. She reportedly remarried and had two young children.

She and her mother, Maha Elsamnah, came under strong criticism in Canada for remarks they made for a March 2004 CBC documentary titled Al Qaeda Family.

They were living in Pakistan at the time and criticized what they considered to be Canada’s liberal laws. Elsamnah said she would rather raise her children to fight than live in Canada, where they could become homosexuals or addicted to drugs, earning her family the title of “Canadians of convenience.” In 2005, Zaynab Khadr was under investigation for terrorism offences by the RCMP, but never charged.

(I believe Jean Chretien intervened to get her father out of a Pakistani prison. Lets see if Trudeau will do the same for his daughter. And it would be truly great to get a look at that CBC documentary. It seems to have vanished since the CBC decided to use Omar as a battering ram against Stephen Harper)

SANAA, Yemen (AP) — The lifeless body of Yemen’s top Salafi cleric in the southern port city of Aden was found disfigured on Sunday hours after he was abducted following an anti-extremism sermon, security officials told The Associated Press.

Government forces repelled Shiite rebels from Aden last July, but have been unable to restore order there ever since. With government forces now pushing north toward the rebel-held capital, Sanaa, the vacuum in Aden has given rise to affiliates of extremist groups like al-Qaida and the Islamic State group, who have grabbed lands and exercised control in various parts of the city for months.

The influential cleric, Samahan Abdel-Aziz, also known as Sheikh Rawi, had delivered a fiery sermon against the al-Qaida and IS branches on Friday, the officials said. His body was found bloodied and bearing signs of torture in Sheikh Othman, an area largely controlled by extremists, they added.

3. MI5 ‘signing up’ teachers at Muslim schools to STOP young Britons being groomed by ISIS 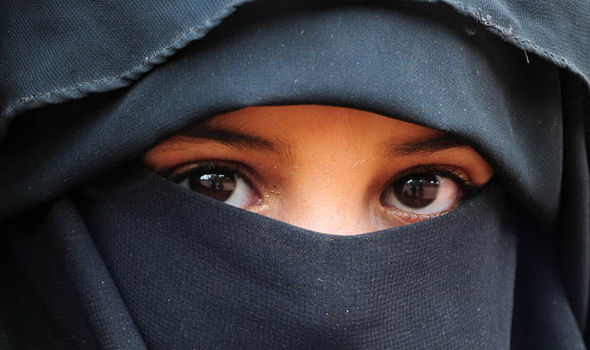 Woman with cloth bag on her head representing women who wear cloth bags on their heads.

Spooks have allegedly been contacting teachers at Islamic schools across the UK to help them to tackle radicalisation.

Many of these teachers have agreed to work as agents spying on their fellow members of staff and they are even now sending intelligence reports on suspected jihadis to their handlers in London.

4. Town hall meeting in Germany about sexual harassment of girls in the street

5. Immigrants in 20s put in Kent schools with pupils as young as 11

Immigrants who lie about their age are being placed in Kent schools alongside pupils as young as 11, KentOnline can reveal.

Headteachers in Canterbury have disclosed that men in their 20s claiming asylum are being dishonest about their ages – prompting concern over the safety of children in schools.

It is the latest alarming twist in the immigration crisis engulfing Kent as thousands of people pour into the county from the continent each month. 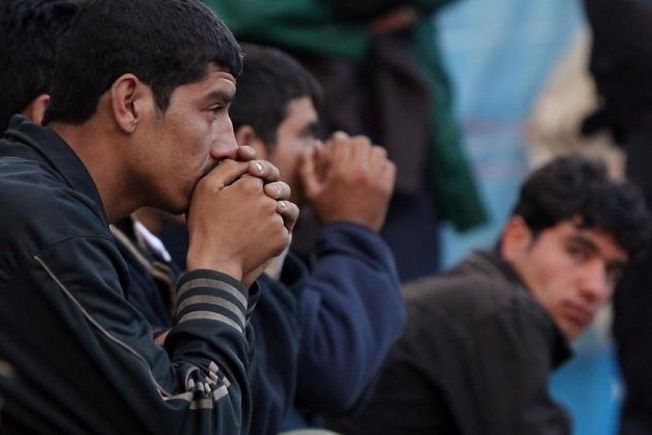 Education chiefs at Kent County Council insist they are careful about where they send unaccompanied asylum-seeking and will remove any pupils discovered to be adults.

Michael Walters, the headteacher at St Anselm’s School in Old Dover Road, says children are being deposited in schools in a “random and haphazard” way with very little known about their backgrounds.

When contacted, he described instances when schools had been told to expect pupils “who were 15 or 16 only to find that they were clearly 20 or 21”.

6. White Zimbabwean farming family are driven off their land to make way for black British doctor who runs slimming clinic in UK

A family of white Zimbabwean farmers have been evicted from their land after it was handed over to a British doctor who runs a weightloss clinic in Nottingham.

The Rankin family, who have farmed tobacco in Zimbabwe for decades, were handcuffed by police and dragged off their land so it could be claimed by Sylvester Nyatsuro.

Dr Nyatsuro, 45, is originally from the African country but has lived in Britain for at least 15 years, and is now in charge of his own GP practice. 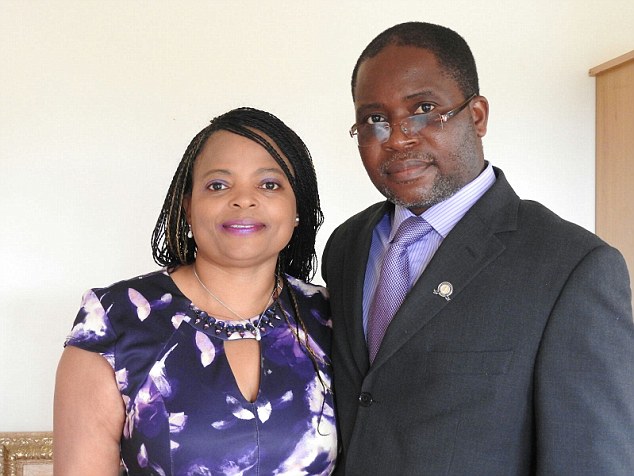 The face of a genuine racist

7. EXCLUSIVE – The lawless asylum centre where migrants rule: Inside squalid Swedish shelter that police will not enter, where 10-year-old boy was raped and that has just TWO staff on duty for 600 refugees

[…] Then, ten days ago, police were called to investigate the rape of a ten-year-old boy who had been attacked by older youths.

Campaigners have warned that children living in asylum centres are at risk of being raped.

‘I have gotten several phone calls – up to 10 – from children who say that they have been raped since they got to Sweden,’ Afghan Association chairman Hussein Asgari told MailOnline.

‘This happens because the asylum centres are overcrowded. There is no supervision from the staff or the Migration Board. If you have one or two criminals or in this case rapists among 600 immigrants, they can run wild with no one noticing.’

On October 21, 2015, a man was arrested at an asylum centre in Tingsryd on charges of raping a three-year-old girl. Both were living at the centre.

He was sent to another asylum centre pending investigation. The girl’s mother reported that her daughter was not feeling well to staff, who called the Migration Board who then called the police.

The three-year-old girl had to go through a gynaecological examination as police collected evidence.

On September 18, 2015, three teenagers were arrested, charged with the rape of a minor at an asylum centre in Trelleborg. The trio were accused of raping a boy who was under 15 at the time. All were staying at the same centre. The three teenagers were charged and convicted of aggravated rape in December.

The boy and his family were removed to a safer environment by the Social Services but tensions at the centre escalated.

Just days later, the Swedish Migration Board decided that a second family should be removed from the centre for their safety, and the situation became highly dangerous.

Initially, staff in the centre tried to remove the family but were stopped by crowds of migrants who wanted to prevent the boy’s father, a doctor who treated sick children, from leaving.

They called police for backup but even officers could not overcome the mob.

The police incident report stated: ‘Even more people appeared behind us. I was mentally prepared to fight for my life. We were 10 police officers in a narrow corridor. And I hear someone yell that there is an emergency exit and we start running towards it.’

8. Mother of girl, 16, raped by three Somali men tells how rapists’ relatives terrified her throughout the trial

The mother of a 16-year-old raped by three Somali men today claimed 50 of their friends and family carried out a two-month campaign of intimidation throughout the trial.

The woman, who cannot be named to protect her daughter’s anonymity, says she was smuggled into court via a back door ‘as if she was the criminal’ to see the men jailed for a total of 29 years.

Muhyadeen Osman, Bilal Ahmed and Mowled Yussuf, all 20, gang raped the girl at the Victoria Park Hotel in Manchester, having spent the night before there for Eid.

Their victim was ‘naive’ when she met them and they saw her as ‘easy prey’ so lured her into a bedroom playing a game of ‘hide and seek’ before raping her in 2013, the court heard. 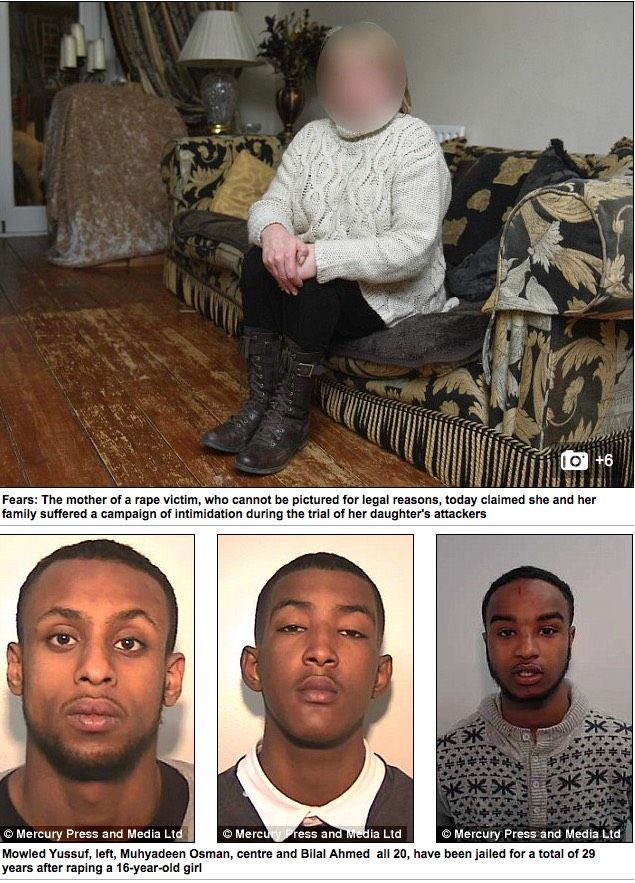 (These are my principles. If you don’t like them, I have others.” -Oscar Wilde, who could have been speaking for the United Nations or the EU)

GENEVA (Reuters) – The United Nations’ top human rights official urged Turkey on Monday to investigate the shooting of unarmed people 10 days ago in its largely Kurdish southeast and said any members of the security forces committing rights abuses should be prosecuted.

Southeastern Turkey has seen its worst violence in two decades since a 2-1/2-year ceasefire with militants of the Kurdistan Workers’ Party (PKK) collapsed last July, reviving a conflict in which 40,000 people have been killed since 1984.

U.N. High Commissioner for Human Rights Zeid Ra’ad Al Hussein was referring to an incident on Jan. 20, in which 10 people were wounded in the town of Cizre when their group, including two opposition politicians, came under fire while rescuing people hurt in earlier clashes.

“I am urging the Turkish authorities to respect the fundamental rights of civilians in its security operations and to promptly investigate the alleged shooting of a group of unarmed people in the southeastern town of Cizre after shocking video footage emerged last week,” Zeid told a news briefing

Many thanks to Shabnam, Xanthippa, Pym Purnell, Richard, Maria J., M., and all who sent in materials. More to come.

9 Replies to “Islamic and leftist action which indicates how they view justice (#4 especially) Links 1 on Feb. 1 – 2016”