1. Kelly File: White house has no comment, no, ‘tie breaker’ as it were, to decide the Philly mayor Vs. Philly police chief on motives for cop-jihad

(Really this is determinable by looking at what Obama does speak on Vs. what it doesn’t. The rest is obvious. As to the above clip, as soon as Krauthammer or Kelly shows us some authoritative scripture for ‘moderate islam’ then I will start investigating the possibility that their phony dichotomy is correct)

2. Here is a bit of interesting debate. This is a moment from a small mosque in a Rio mosque in Brazil. Seems there is some disagreement about the role of jihad

(Of course the imam doesn’t contradict him. Just says you shouldn’t misbehave in someone else’s house. I guess until certain conditions are met. related)

3. Most of 31 people questioned over sexual assault allegations on New Year’s Eve were seeking asylum in Germany, officials say

Mr Plate said the vast majority of the 32 criminal acts documented by federal police on the night were related to theft and bodily injury, and three to sexual assaults.

He said of the 31 people questioned, nine had been Algerian, eight Moroccan, five Iranian, and four Syrian.

Two German citizens, an Iraqi, a Serb and a US citizen were also among those seen to have committed crimes during the night.

4, Full photo of note muslim had during NYE attack 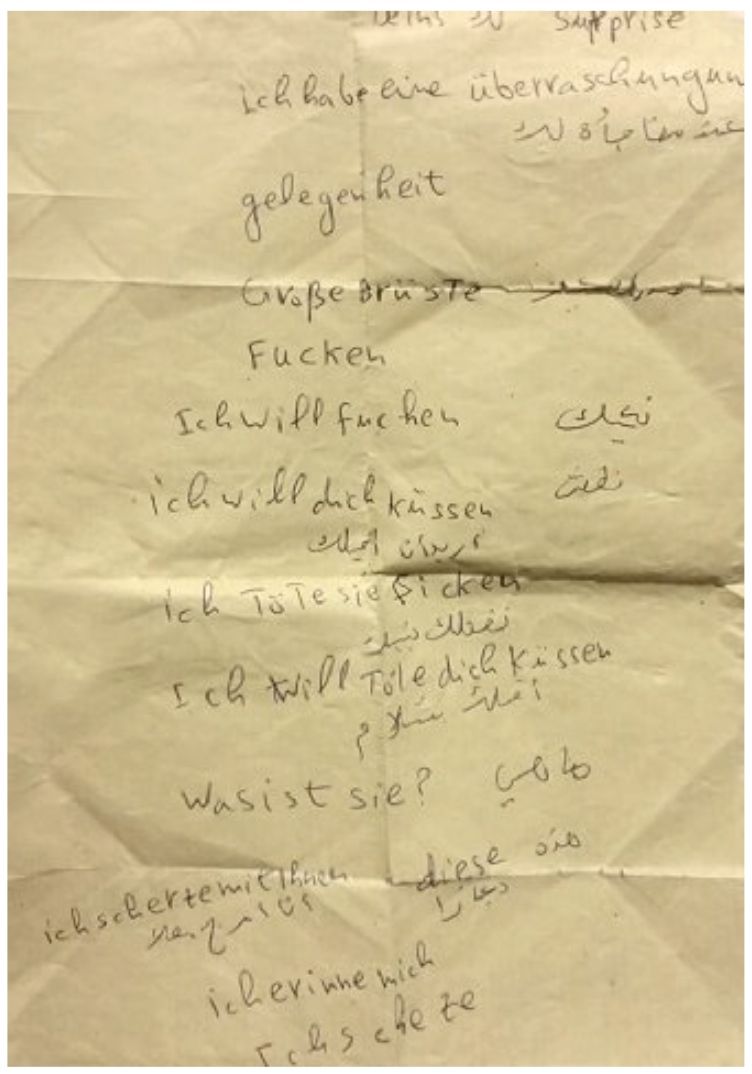 “I have a surprise” (spoken like a true chester the molester!)

“I want to kiss you”

“I want to kiss you”

[translator] Note, that in the context of the full note now, I realize that it doesn’t say “I will kill you”, but it says “I will kill HER”.

6. Photo alleged to have been taken in front of Social Security Family Benefits Office in Rosny-sous-Bois, in Seine Saint Denis Department 93, near Paris. 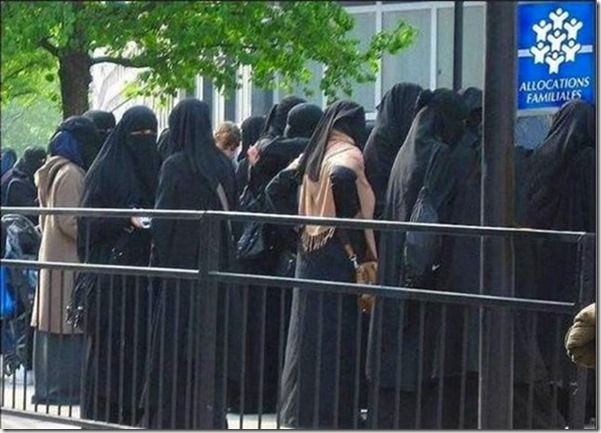 7. Trump Could Win It All

Nearly 20 percent of likely Democratic voters say they’d cross sides and vote for Trump, while a small number, or 14 percent, of Republicans claim they’d vote for Clinton. When those groups were further broken down, a far higher percentage of the crossover Democrats contend they are “100 percent sure” of switching than the Republicans.

When the firmed showed respondents the Trump ad, and assessed their responses to each moment of it, it found “the primary messages of Trump’s ad resonated more than Democratic elites would hope.”

About 25 percent of Democrats “agree completely” that it raises some good point, with an additional 19 percent agreeing at least “somewhat.”

(Wadaya know! Maybe Clinton did something good by being so stunningly bad after all! Hard to blame anyone when you see this sort of thing daily and worse)

Thank you Nash Montana, M,. Wrath of Khan, Oz-Rita, Richard, Charles Marteau, and many more. Hard to keep track overnight sometimes but thank you all.
Interesting times. Interesting times. If there are any short term benefits, I suspect that perhaps millions of people are quietly and maybe even a little sheepishly, learning to appreciate the small things in life. Going out in safety where you can. A walk in the park. A genuinly kind word from strangers and civilized behaviour. As we see, it is not the default and not guaranteed. Now maybe the Churches and Synagogues will start to fill again. Turns out it mattered after all.