My weekend column profiled Bosch Fawstin, the intrepid cartoonist who won last spring’s “Draw Muhammad” contest that was attacked by two ISIS-inspired jihadists in Garland, Texas. (The terrorists were killed in a shootout with police.) Fawstin compellingly argues that the best way to fight a repulsive conquest ideology such as Islamic supremacism is to expose it. That means an unstinting reliance on our constitutional right to free expression. Apparently, Twitter has opted to join the campaign to crack down on free expression. And one is left to wonder whether the big Saudi bucks that have come its way are a factor in Twitter’s decision-making. 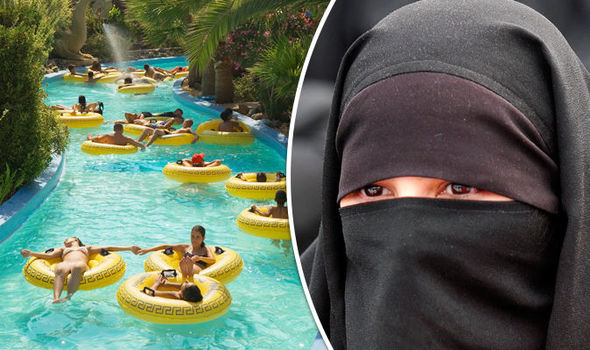 WaterWorld in Stoke-on-Trent plans to black out windows and provide a prayer room during a women-only night aimed at Muslims.

Only female lifeguards will patrol the park during the event, which has triggered a flood of complaints.

Staff will also “guard” the front entrance to “make sure that no males enter the facility”.

In a statement on its Facebook page, a spokesman for WaterWorld said the Sisters Only event would “attract ladies of all religions/beliefs as we invite you to visit our facility and enjoy its features whilst having the option of wearing attire that our normal operating procedures prevent”.

Conservative MP Philip Hollobone said: “I imagine there would be a lot of outrage if the boot was on the other foot and swimmers were told they had to dress appropriately in respect of Christians. I don’t see how this is different.”

4. France: Muslim screaming “Allahu akbar” who drove at troops not charged with terrorism

He also had jihad propaganda on his computer. “These are downloadable images that are a few weeks old. Not the worst type of images, but rather bellicose slogans,” said prosecutor Alex Perrin. “It shows he had an appreciation of that but it does not prove he had links with terrorist organizations.” Perrin added: “He reportedly shouted ‘Allah is great’, which suggests some sort of religious element.”

So let’s see. He drove his car at troops. He was screaming “Allahu akbar.” He had jihad propaganda on his computer. But he won’t be charged with terrorism, because French authorities, like officials all over the West, ignore the significance of the repeated calls by the Islamic State and other jihad groups for Muslims in the West to attack military personnel and civilians. When these attacks happen, they’re dismissed as isolated incidents, which they are. But they’re also part of a global jihad, which authorities refuse to admit exists.

5. Sunni states back Saudi Arabia in growing row with Iran

DUBAI (Reuters) – Saudi Arabia’s Sunni allies rallied behind the kingdom on Monday and several joined Riyadh in severing or downgrading diplomatic relations with Tehran, deepening a sectarian split across the Middle East.

Bahrain and Sudan cut all ties with Iran, and the United Arab Emirates (UAE), home to hundreds of thousands of Iranians, downgraded its relations. Saudi Arabia broke off relations on Sunday after a mob stormed its embassy in Tehran.

Shi’ite power Iran accused Saudi Arabia of using the attack on the embassy as an “excuse” to sever ties and further increase sectarian tensions, after Shi’ites across the world denounced Saudi Arabia’s execution of Shi’ite cleric Nimr al-Nimr.

Several shots were fired early Monday at a home for asylum seekers in western Germany and one resident was lightly injured, police said.

The shots were fired at a window of the building in the town of Dreieich at around 2.30 a.m (0130 GMT), and one hit a 23-year-old asylum seeker who was sleeping, according to police in Offenbach, near Frankfurt. He was taken to a hospital, but was able to leave shortly afterward.

It wasn’t immediately clear who was responsible for the incident or what the motive was. However, Darmstadt prosecutors’ spokeswoman Nina Reininger told news agency dpa: “If someone shoots at housing which has people inside, I assume that it is a targeted attack.”

TITUSVILLE, Fla. – A man with a machete vandalized a Brevard County mosque and left pork at the front door of the building, according to police.

Officers said several cameras, lights and windows were broken and bacon was left near the front door of the mosque. Pork is prohibited in Islam, a faith followed by 1.6 billion people  worldwide.

8. Iranians stage ritual burning of dolls without hijabs for children.

(What might that be preparing them for? Video of event at link)

9. Muslim Family Kicked Out Of Petting Zoo After Owner Sees What They’re Doing

(Islam promises the faithful that the entire world will be a mosque. Contemporary Western governments seem anxious to make that happen. Legal action should be interesting to watch)

When a Muslim family arrived at a petting zoo, customers began to feel uncomfortable after seeing what they were doing in front of their children. Bucking political correctness, the owner immediately threw the family out of the zoo — but that didn’t stop the Muslims from immediately screeching “Islamophobia.”

Three burqa-clad women, three Muslim men, and eleven children had taken over the area for prayer. Faces to the ground and rears in the air, the entire family had disrupted the other families’ experience.

An imam arrested in the city of Belgorod in Russia’s south-west allegedly had plans to create a radical religious cell, source familiar with the reasons for his detention told TASS.

According to the unnamed source, during the search in the house of worship security officers seized extremist literature, in addition to weapons and explosives.

“Leader of the Peace and Creation religious organization Faizullah Ismailov, an adherent of Salafism (radical branch of Islam), planned to create a Salafi cell in Belgorod,” the source said. “During the searches in the house of worship, plenty of extremist literature was seized, in addition to weapons, including of the Hizb ut-Tahrir al-Islam international terrorist group outlawed in Russia.”

According to the prosecutor’s office, “during Islamilov’s detention in his office in the house of worship on December 12 FSB officers discovered an automatic pistol, a handgun, three ball cartridges, a fragmentation hand grenade, a fusee for hand grenades and 737 grams of TNT.”… 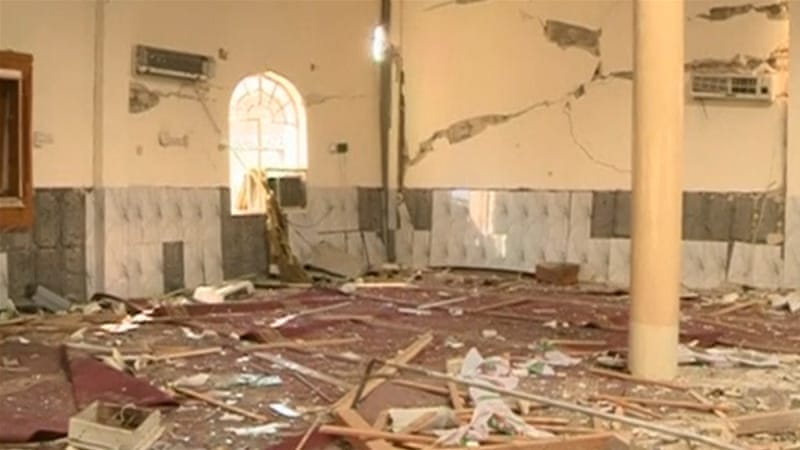 Three Sunni mosques in Iraq have been bombed and partially destroyed while at least two people have been killed in suspected retaliation for the execution of a Shia leader in Saudi Arabia, officials and police say.

Groups of men wearing military uniforms detonated explosives at two mosques overnight in the Hilla region, south of Baghdad, while al-Fateh mosque in Sinjar, just outside Hilla, was also damaged in similar circumstances.

12. Muslim boys are being kidnapped and brainwashed as suicide bombers before being traded by jihadis at £30,000 a time

Thank you Richard, M., Wrath of Khan, Pym Purnell, Buck and all. More to come in spades.

I remember many years ago, well before I started working on the issue of Islam and its caustic effect on the West, reading a story about two, fourteen year old Pakistani boys in Pakistan who were on trial for their lives for blasphemy. The trial caught my attention because at that time I was not aware that blasphemy was still a crime anywhere and certainly not a death penalty one.

But the most stunning aspect of it was the process. The evidence, a piece of paper with blasphemous writing on it which had allegedly been thrown towards a mosque, was in a box which the judge could not look at, as its illegal for the judge to see anything blasphemous. Really. I remember telling anyone who would stop to listen at the time. Of course now I realize they were probably Christians and thats the usual modus for eliminating them. Reading this story in the Daily mail about an exec who was fired for ‘racism’ reminds me a lot of those two boys. Nowhere in the article does it say what racist thing she said that cost her the job at M&S UK. Because of course, that would mean a much larger and more serious identical criminal act. Printing that she had said something bad about group A (probably muslims but we can’t know can we?) would be saying what she said. If it floats its a Witch, kill it. If it drowns it wasn’t so bury it nicely. Welcome to the medieval rules of evidence.