2. ISIS plotting ‘to slaughter THOUSANDS’ in 2016 in bid to spark huge FINAL BATTLE with West 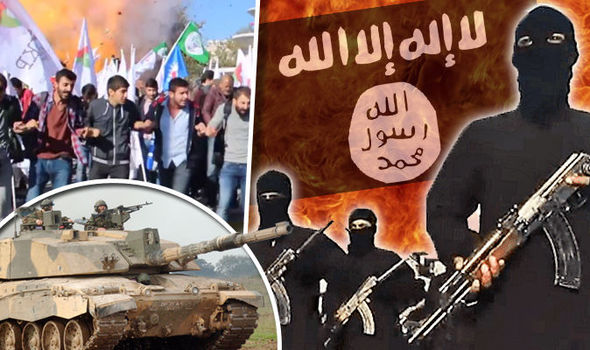 The sick terror group will activate hundreds of sleeper cells in “dozens of countries” in an unprecedented bid to destabilise western governments and spark a huge military retaliation in the Middle East.

The shock claim, from one of the world’s leading authorities on the death cult, comes amid fears of a New Year’s Eve terror plot in London and other major world cities.

(More Muslim Brotherhood than IS but distinction may be too subtle to mention. Also Stephen Coughlin has been explaining this for a long long time now based on cached MB documents found)

Two Israelis were killed, and seven others wounded, four critically and three moderately, in a shooting spree Friday afternoon in Tel Aviv, according to Hebrew press reports.

Though initial reports said there was more than one attacker who opened fire on and in the vicinity of “Hasimta,” a bar/restaurant located on the corner of Dizengoff and Gordon streets, police are now on a manhunt for a single suspected terrorist and possible accomplice or accomplices.

Security-camera footage published by Israeli newspapers shows the shooter — whose unmasked face is clearly visible — approaching the pub and looking inside, before aiming his automatic weapon and gunning people down in a cold, calculated manner. Some 30 shots are reported to have been fired by a Luzon rifle — of the kind purportedly used in other attacks perpetrated by West Bank Palestinians.

(There are lots of videos of this attack from the point one of the killers pulled out an Uzi at a vegetable stand to the attack. We will post them separately)

4. Video of subtitled press conference on planned attack in Germany

(Reuters seems confused. The referred to the muslim terrorists as ‘militants’. I suggest the title people at Reuters get a dictionary and not the pamphlet they hand out at the White House)

(So glad the French military was able to protect that muslim Beachhead so well from another member of that cult (quite likely) or at the expense of the health of an indigenous Frenchman. In the photo, the person being treated looks conspicuously muslim however. No idea if that is the attacker or the mosquito who caught a stray bullet) 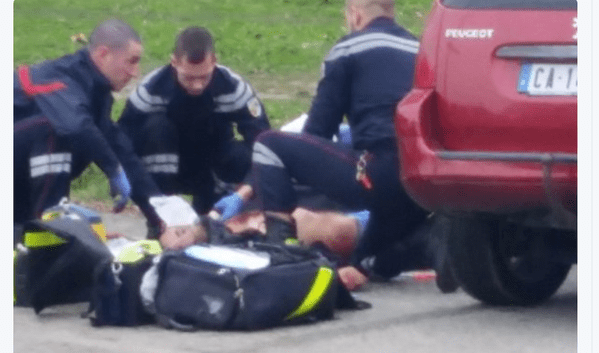 Three soldiers were reportedly injured, there also appear to be injuries among worshippers at the mosque.

A stray bullet hit one of the worshippers, the mosque confirmed.

The driver has been detained – his motives are currently unclear.

A local journalist for the Dauphiné Libéré newspaper claimed the man is aged 30 and is originally from Lyon.

(They have the guy, but they don’t say who it is or what his motive is. My guess is if its a muslim he will claim he thought it was a drive-through mosque)

(Here is the DM story on this. More informative. As always, check comments)

ISTANBUL (Reuters) – Turkish President Tayyip Erdogan, who is pushing for executive powers, cites Hitler’s Germany as an example of an effective presidential system, in comments broadcast by Turkish media on Friday.

Erdogan wants to change the Turkish constitution to turn the ceremonial role of president into that of a chief executive, a Turkish version of the system in the United States, France or Russia.

Asked on his return from a visit to Saudi Arabia late on Thursday whether an executive presidential system was possible while maintaining the unitary structure of the state, he said: “There are already examples in the world. You can see it when you look at Hitler’s Germany.

“There are later examples in various other countries,” he told reporters, according to a recording broadcast by the Dogan news agency.

A Turkish official told Reuters the comments had been taken out of context.

“There are good and poor examples of presidential systems and the important thing is to put checks and balances in place,” the official said.

“Nazi Germany, lacking proper institutional arrangements, was obviously one of the most disgraceful examples in history.”

(Is there anyone left who still thinks Obama is on the side of Western democratic interests?)

On Wednesday, the Journal, citing U.S. officials, said the Obama administration was preparing to sanction nearly a dozen companies and individuals in Iran, Hong Kong and the United Arab Emirates for their role in developing Iran’s ballistic-missile program.

The U.S. sanctions were expected to be formally announced this week, the newspaper said.

Sources familiar with the situation confirmed to Reuters that the United States was preparing sanctions.

The Obama administration is committed to combating Iran’s missile program and the sanctions being developed by the U.S. Treasury Department remain on the table, the Journal reported on Thursday, citing U.S. officials.

But U.S. officials offered no definitive timeline for when the sanctions would be imposed, the newspaper said. At one point, they were scheduled to be announced on Wednesday morning in Washington, according to a notification the White House sent to Congress, the Journal reported.

Thank you M., Wrath of Khan, CB Sashenka, Richard, Lolly Parton and many more. More to come today most assuredly. Thank you Tundra Tabloids for the photoshop of Erdogan in leather shorts.

7 Replies to “French military save mosque from car ram attack. CVE firmly in place, no information available: Links 2 on Jan 1 – 2016”