Brussels has been put into security lockdown after Belgian intelligence received ‘precise information’ of a planned Paris-style ISIS attack in the capital.

Belgium’s prime minister Charles Michel confirmed that the decision to raise the terror alert level in Brussels was taken ‘based on quite precise information about the risk of an attack like the one that happened in Paris.’

Service has been halted on the Brussels subway system and heavily armed police and soldiers are patrolling the Belgian capital amid a high security alert.

The country’s national security center has raised the terror threat level to Level four after fears of a ‘serious and imminent’ terror threat involving ‘weapons and explosives’.

Scroll down for video: 2. ISIS’s chilling new tactic: Terror group tells British-based fanatics to stay hidden in the UK and wait until they get a signal to attack.

British jihadis are being ordered by Islamic State to forget travelling to Syria, remain in the UK and wait for a signal to attack.

Days before the Paris massacre, UK-based jihadis were being told of plans for imminent attacks in both France and Britain, messages seen by the Mail Investigations Unit suggest.

They are being advised not to risk travelling to Syria but to stay hidden in Britain until ISIS commanders give ‘the signal’ to strike. Chilling orders: British jihadis are being ordered by Islamic State to forget travelling to Syria, remain in the UK and wait for a signal to attack. Above, ISIS militants pose with weapons at the border between Syria and Iraq

3. Case against ‘Syrian refugees’ accused of gang raping teenage girl descends into chaos as they argue and wail in the dock

(Notice that even the DM uses scare quotes around ‘Syrian Refugees’)

Two asylum seekers openly argued with a judge yesterday as they were accused of taking part in the gang rape of a schoolgirl.

The young men wept loudly, held their heads in their hands and gestured at the court as they protested their innocence.

Judge Charles Macdonald QC was forced to intervene because of the noise, telling them: ‘You will not speak in the dock.’

The pair are accused of being among a group of men who took turns to rape an ‘extremely vulnerable’ 18-year-old girl. The attack shocked veteran police officers in a Kent town where they were living as Syrian refugees in a taxpayer-funded hostel.

But their case quickly descended into chaos yesterday as questions emerged over exactly how old they are and whether they should be treated as juveniles.

Before one of the men could answer questions about his age on oath, he smashed his head into the wall of a cell during a break and was taken to hospital. 4. The Glazov Gang-Daniel Greenfield: The Real Meaning of “Allahu Akbar”.

5. Some French establishment suggest the closing of radical mosques

Neither President Obama nor other officials in his administration, however, have spoken of shutting down radical mosques in the U.S. But U.S. reticence about taking actions now being implemented by France and Belgium isn’t for a lack of mosques in this country in which hatred for American values and support for jihad terrorism are regularly heard.

Iran’s state media reported Saturday that the forces stormed and “liberated” a replica of the mosque in the exercise. They say that 120 brigades from the Basij, the paramilitary unit of the Guard, participated in Friday’s exercise outside the holy city of Qom in central Iran.

The symbolic operations were backed up by Guard helicopters, drones and Tucano planes that bombed hypothetical enemy positions before ground troops captured the replica of the mosque set up at the top of a mountain.

In a common mistake, the Guard set up a replica of the gold-topped Dome of the Rock instead of the nearby mosque. Official photos showed one of the troops going to the top of the dome and waving an Iranian flag and a red-colored flag, a symbol of martyrdom

8. ISIS renews its call on Canadian Muslims to kill disbelievers in Canada

The Islamic State, also known as IS or ISIS, sent once again a threatening message to Canada. In its monthly online magazine Dabiq published on November 18, ISIS urges Canadian Muslims to join the jihad by indiscriminately killing disbelievers. The following are the relevant excerpts from Dabiq magazine:

“Your state is facing a new campaign by the crusaders. So O muwahhid, wherever you may be, what are you going to do to support your brothers? What do you wait for while the people have become two encampments and the heat of the war increases day by day? O muwahhid, we call you up to defend the Islamic State. Dozens of nations have gathered against it.

(Funny how headlines work. It is identity-politics when a black or muslim is hurt in any action. But its not identity politics when they do the hurting. So a black thug shoots a white Jewish guy who is trying to be of assistance to someone else, and the headline mentions nothing about group identity at al)

Peter Gold, a fourth-year medical student at Tulane, was driving down a New Orleans street early Friday when he spotted a woman in distress.

It was 4 a.m. and the woman was being dragged into a car against her will by a man in a hooded sweatshirt, according to the Advocate.

Gold, 25, slammed on his brakes, hopped out of the car and rushed toward the woman. But by the time he reached her, she was lying on the sidewalk, according to the Advocate. Before he had a chance to call police, the man who had been dragging the woman stepped out of a light-colored sport utility vehicle and pointed a semi-automatic pistol at Gold, the paper reported.

As Gold raised his arms in surrender, his back facing a brick wall, the man pointed the gun at Gold’s head and demanded money, according to the Times-Picayune. 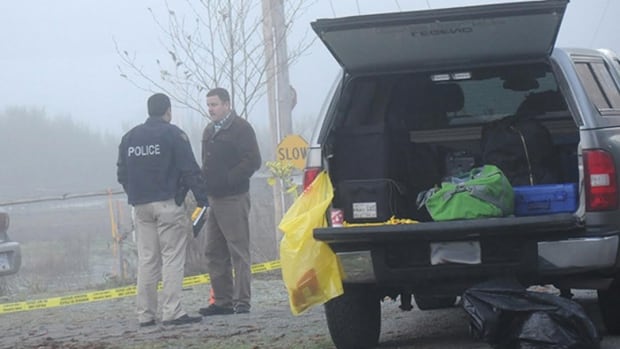 A man and a woman near Port Alberni are recovering after being injured by an exploding package left on a driveway, say RCMP.

Insp. Mac Richards says the woman found the package in the driveway of the rural home on Stuart Avenue, Friday morning.

He says she brought the package inside the house, where it exploded.

Richards says the woman, as well as a man, were treated in hospital but one of the patients has been transferred to Victoria.

Other than plastic shopping bags, the contents of the package and where it came from are still being investigated.

Richards says the RCMP’s explosives-disposal unit was called in and is assisting with the investigation.

“I’m not sure what it is,” he says. “There’s obviously some kind of chemical reaction but, you know, the intent or how or why — that I don’t know.”

(And I am sure we will find out about this package just as fast and as thoroughly as we did about the largest explosion in Ottawa history when those three buildings exploded in Greely On. and the rapport was heard 20 Kms away up and down Bank St. and there has never been a news story on it since about 72 hours after it happened with no explanation whatsoever other than it was not a drug lab and it was not a grow op)

Thank you Buck, M., WTD., Shabnam, and many many more.

This post was started last night and forgotten about all day. My apologies if a few links are some hours anachronistic. But some of them need to be seen anyway