Once again the muslims are telegraphing their beliefs and intentions and we are treating it the way the left treats firearms. In other words, create conditions such that the evil people who wish to use these propaganda videos to do harm can easily get and traffic in them and those of us who would benefit from informed decision making, in other words 99.5% of us, cannot access this information and therefore cannot, as Stephen Coughlin is fond of reminding us, name the enemy as they call themselves, which is the first rule of military intel.

a screen cap or two from the video: 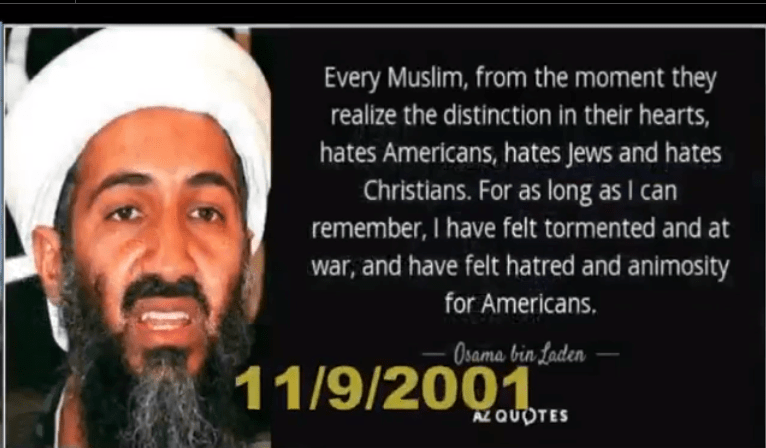 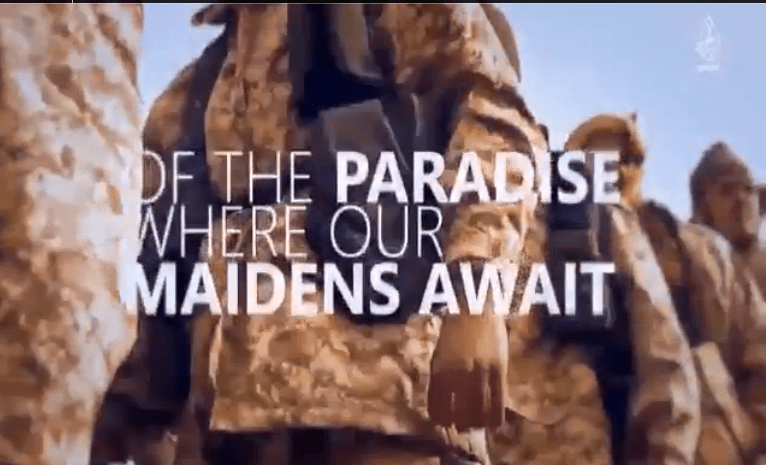 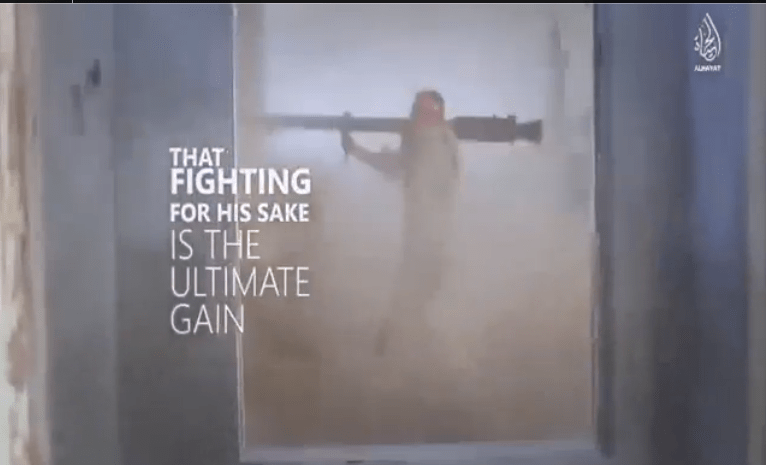 This is a very straightforward, unapologetic statement of Islamic beliefs as stated in Koran over and over again and in hadiths, and especially in the example of mohamed and islamic history. The single most common reason by far that Western liberals, I mean real ones in the Jeffersonian sense, classical liberals, the most accomplished people in the history of the world, do not fight back against this most pernicious of enemies is that we are not allowed to know them and not allowed to tell each other what it is they are desperately trying to tell us they believe. This video states it over and over again. Real islam requires hating the unbeliever because they don’t believe and Jews because they are Jews and that the most important duty is to fight for their god and his avatar and going to mohamed’s bar & brothel in the sky is the highest hope they can have in this life. This is the thing we are told is some kind of fiction or racist recreation of their peaceful and wonderful religion. But they state it here over and over again with carefully recorded and mixed down a cappella and demonstrate it with as much spectacular killing as they can fit in.

Again, like gun control, information control of this kind only serves evil. Those who wish to use these videos to recruit and those who can be recruited by them will see them. Little to nothing will change. But not understanding this kind of material and preserving the insane narrative of political correctness by forbidding this information to the public, as they do in the UK, renders us defenseless and worse, complicit in a passive way.

The actual video. CAUTION: Lots of killing and lots of dead people

2 Replies to “With near perfect statement of intentions, the Islamic State cyber army releases another video”