(An inversion of the truth. Accepting all migrants without question is an act of surrender)

Francis told members of the Eucharistic Youth Movement that when migrants are forced to flee from country to country, with no one giving them shelter, “this is an unresolved conflict, and this is war, this is violence, it’s called murder”. The pope urged members of the youth movement to remember the Rohingya refugees from Myanmar and Bangladesh, calling them “our brothers”.

In recent weeks, Rohingya migrants – most of whom are Muslim – have been refused sanctuary in Myanmar, Malaysia, Thailand and Indonesia.

The pope said it was a crime that the Rohingja “have been driven from one country to another and another”.” “In this world there are so many wars,” said Francis. “We are in a war, I repeatedly say that this is a third world war…

Reneging on the nuclear agreement, which has the support of the major world powers, would constitute a setback for Washington and justify anti-American animus in Iran.

“The ayatollah constantly believed that we are untrustworthy, that you can’t negotiate with us, that we will screw them,” Kerry said. “[Having Congress vote down the nuclear pact] will be the ultimate screwing.”

3. I thin this is some kind of anti-racism demonstration in Italy.

Scuffles break out at the Health and Social Centre Moabit in Berlin after a government worker allegedly attacked a Moroccan refugee at the facility.

Earlier in the day, Berliners donated water and food to refugees at the centre, where hundreds have been camping for several days.

After reports of water and food shortages for the asylum seekers, a group of Berliners took matters into their own hands and started to bring donations to the premises themselves.

According to the Ministry of Health and Social affairs, workers are overwhelmed with the task of providing food and water to the refugees and they couldn’t meet their basic needs anymore. There is no information on when the situation might be resolved.

(Wait, why exactly are there refugees from Morocco? Since when was Morocco a nation from which its people are considered refugees? And refugees from what?)

5. Turkey in its newfound desire to fight the Islamic State, notches up its war against the Kurds, the only people actually getting results against the IS 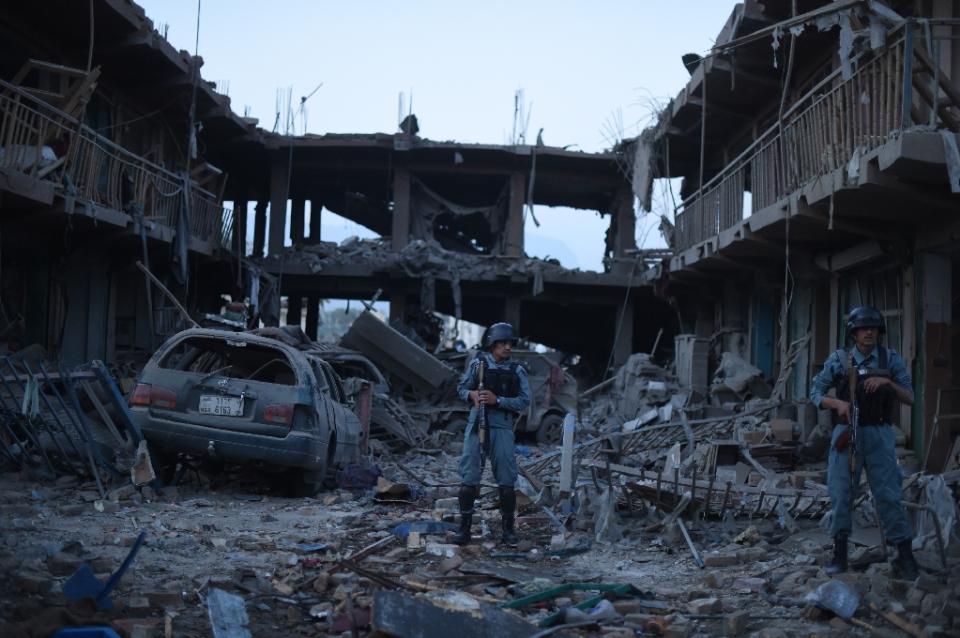 (And Denmark remains one of the only countries on the surface of this entire planet that actually shows any desire to preserve liberty, democracy, individual liberty and the right to openly criticize religious and political ideology and authority)

On July 24, one week before Secretary of State John Kerry testified to the Senate Armed Services Committee and faced questions about the newly struck nuclear deal, Soleimani arrived in Moscow for meetings with Russian Defense Minister Sergei Shoigu and President Vladimir Putin. It was not immediately clear what the Iranian leader discussed, but the revelation comes as the United Nations and European Union arms embargo against Iran is slated to be lifted in five years as part of the comprehensive nuclear agreement announced July 14 from Vienna.

As the world moves closer to ratifying a nuclear deal that Jerusalem says won’t keep Iran from obtaining a nuclear arsenal, Ya’alon told German newspaper Der Spegel that Israel would do anything necessary in order to assure Tehran does not get atomic weapons, including taking military action.

“Ultimately it is very clear, one way or another, Iran’s military nuclear program must be stopped,” Ya’alon said, according to a retranslation from an interview published in the German daily. “We will act in any way and are not willing to tolerate a nuclear-armed Iran. We prefer that this be done by means of sanctions, but in the end, Israel should be able to defend itself,” the defense minister said.

He added that he was “not responsible for the lives of Iranian scientists,” according to Der Speigel, which will publish the full interview on Saturday.

Thank you Buck, M., Richard and all. Clearly the severity of the world situation grows, while the seriousness with which the average person approaches these issues remains at sophomore or worse.

7 Replies to “Israel makes its position clear, Pope remains more commie than Catholic and immigration out of control: Links 3 on Aug. 7 – 2015”