Abdulazeez’s family — father, mother, and at least two sisters — is described by the media as “devout” and “conservative” Muslim. Abdulazeez is said to have had a mostly normal American childhood, playing ball in the street with the local kids; his sisters, to have been everyday American girls who happened to wear headscarves. Neighbors appear to have thought the children polite and well behaved. Yet, there is plainly more to the story. According to one Israeli press outlet, the shooter’s father, Youssef Abdulazeez, is a Palestinian, notwithstanding his holding of a Jordanian passport. About 4.5 million Palestinians live in Jordan, about three-quarters of them holding Jordanian citizenship. Whatever his ties to Jordan, Youssef resided in Samaria — i.e., in the virulently anti-Israeli and anti-Western territory of the Palestinian Authority on the West Bank — before relocating to Kuwait. The Israeli press outlet relates:

(And so ends the US constitutional and legal process) 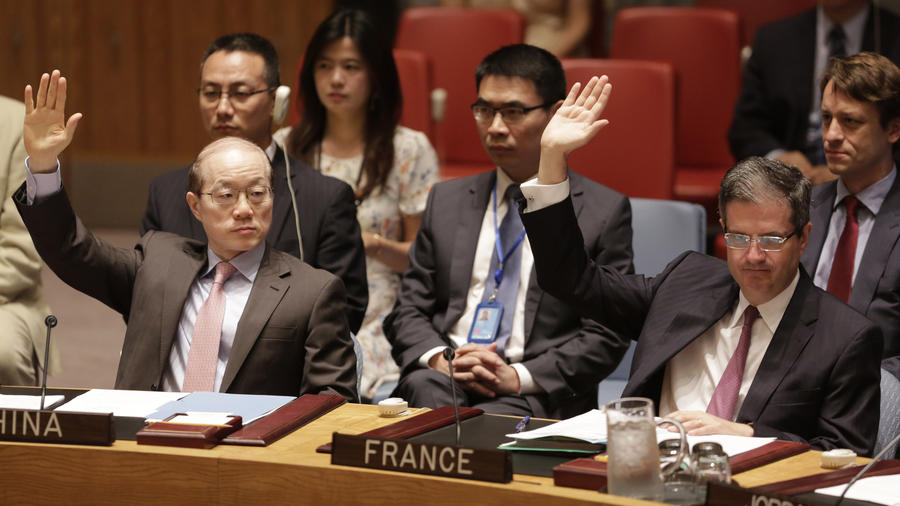 The resolution, co-sponsored by all 15 council members and adopted Monday morning, also authorizes a series of measures leading to the end of U.N. sanctions that have hurt Iran’s economy.

But the measure also provides a mechanism for U.N. sanctions to “snap back” in place if Iran fails to meet its obligations.

(Video at site of similar propaganda)

4. This appears to be video of the actual powerful bomb that went off in the Turkish border town earlier today set off by Islamic State agents.

5. ISIS set up stronghold in the heart of Europe as terrorists secretly buy land near an isolated village

Terrorists are secretly buying land in an isolated village, surrounded by deep woodland.

Security services think the area in Bosnia is used for ISIS training camps and could be a base for devastating terror attacks on the West.

6. Ashley Madison being blackmailed by hackers.

(I have little sympathy for them as the last paragraph of the article reveals, this company took money from clients to delete all personal information and did not do so, including CC info, which is now in the hands of hackers. The question is, who are these hackers? Is this a form of sharia enforcement? Is this a muslim hack attack of which so many are? They aren’t demanding money but a moral response. So it could well be islamic or far left)

Hackers claim to have personal details of more than 37 million cheating spouses on dating website Ashley Madison and have threatened to release nude photos and sexual fantasies of the site’s clients unless it is shut down, blog KrebsOnSecurity reported.

Ashley Madison’s Canadian parent, Avid Life Media, confirmed the breach on its systems and said it had since secured its site and was working with law enforcement agencies to try to trace those behind the attack.

The hackers, who call themselves The Impact Team, leaked snippets of the compromised data online and warned they would release customers’ real names, profiles, nude photos, credit card details and “secret sexual fantasies” unless their demands were met, Krebs said. (http://bit.ly/1fWNcar)

The hackers also demanded the closure of another of Avid Life Media’s sites, sugar-daddy site “Established Men”, but did not target the company’s “CougarLife” site, which caters for women members looking for “a young stud”.

7. During his speech on the nuclear deal with the US, Iran’s Khamenei was holding something the media didn’t bother to mention.

You can see it here and here Thank you M., Lolly Parton, Dan F., Ted L., ML. and all who helped out with today’s posts so far. There is more.