(One can only marvel at the speed with which the press can get ahold of people’s confidential medical records and let the world know that they are mentally ill as opposed to muslim, and one can only marvel at the fact that the mentally ill population doesn’t sue the media as the ‘Asian’ community in the UK should, since the percentage of mentally ill people who commit acts of violence is identical to the general population while Islam actually promotes mass death and violence against the unbeliever)

DEVELOPING: The son of a Boston police captain was an ISIS supporter who planned to set off an improvised explosive device and was arrested after illegally purchasing four firearms on July 4, according to a Justice Department press release and MyFoxBoston.

Authorities say 23-year-old Alexander Ciccolo, who also went by the name Ali Al Amriki and posted about martyrdom on Facebook, spoke about setting off an explosive device “in places where large numbers of people congregate, such as college cafeterias.” He was seen purchasing a pressure cooker similar to the kind used by the perpetrators of the Boston Marathon bombing.

Ciccolo’s father reported his son to the FBI after noticing suspicious behavior, according to MyFoxBoston.

2 Protestors in Greece protest the new bail out deal. 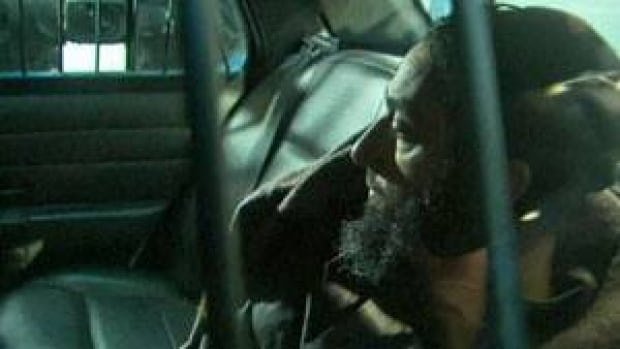 A doctor who conducted a psychiatric assessment on a man found guilty of terrorism charges in a plot to derail a passenger train says Raed Jaser was motivated by a severe drug addiction.

Dr. Jess Ghannam is telling a Toronto court Jaser did not have any consistent radical Islamic ideology but conned people because he was desperate to stay high.

He also says Jaser is a good candidate for rehabilitation.

(Who is conning who exactly in this scenario?)

4. American protestors gather to show anger at US concessions in Iran nuclear negotiations

5. French anti-terror police say gunmen who held 18 hostages at Primark store have escaped and are on the run near Paris

Police are hunting a group of gunmen believed to be on the run near Paris after they held a group of workers hostage during an attempted robbery this morning.

After successfully rescuing 18 staff members who were trapped inside the building, police have turned their attention to tracking down the armed robbers.

The gunmen – one of whom was thought to be a Primark employee – were still on the loose this afternoon.

Although it was originally thought they were hidden inside the Qwartz mall in Villeneuve-la-Garenne, just north of Paris, it’s now believed they have escaped. […]

Officers at the scene said they were initially treating the incident as a ‘suspected armed robbery attempt’ but terrorism could not be ruled out.

The Paris region remains on high alert for terrorist activity after Islamic extremists attacked a kosher supermarket and satirical newspaper offices in January, leaving 20 people dead including the attackers.

6. Today on Ottawa talk radio, CFRA, a good indicator of the extent to which left wing extremist groups are looking to set the parameters on everything from what people wear to what they say and think took place on the Ron Corbet show, which ended at 9:00 PM ET. For those with the stomach for it, it is indeed an eye opener. So typical of Canadian, and now sadly American issues, it is always about what kind of law we should have and never about the fact that there are too many laws and regulations already and its crippling our civilization.
Here is a link to the show.
It was all spawned because someone saw a man wearing a pair of shorts with a confederate flag on it, and the Ottawa chapter of ‘Black Lives Matter’ decided that Bluesfest, Royal Bank of Canada, and a non-existent media organization should apologize formally for it.
7. Some Americans will not roll over on the issue however
8. A very odd list of presidential pardons by Obama
9. UK: A Parent Was Under Investigation By Police After Posting A Picture Of A T-Shirt.

Thank you Richard, M., Gates of Vienna, Wrath of Khan, Oz-Rita and all who sent in links. More to come