Yesterday, this story found its way across much of the MSM and was posted here as well.

The first thing that needs to be understood is that this is a classic tactic by muslims. They do not care about important laws like rape and freedom of speech. So matters of urban planning are merely obstacles to be defeated with an easy lie. The lie of course, is the purpose you claim for a structure you put up. So when they don’t let you have a mosque, and as far as I know, all islamic buildings called ‘community centers’ educational centers, schools and what not are always going to be mosques, you call it one of the other things then build it and then use it as a mosque. A quick look at the etymology of the word mosque from Masjid makes it pretty clear from the gates it isn’t a church or temple.

This certainly appears to be what happened here except the locals decided that since the government would not enforce the law against muslims, they would show their displeasure in other ways. The inevitable consequence of a government failing to do its elected duty to the public.

Here below, is a little history on this masjid:

Change of use from ambulance station to conference centre and training facility, offices and ambulance station with alterations to the site layout, formation of new entrance and closure of two vehicle access points to the building

The drawings were clever: (and have subsequently been removed from public view)

Here they are however. But remember, they were submitted not for a mosque but for a ‘training center’ and hod no giant men’s prayer space on the ground floor.

There’s an online petition to stop it being used as a mosque: 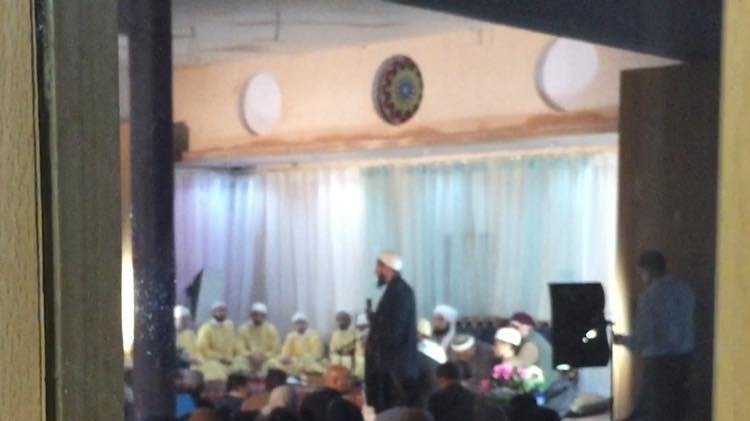 Solihull’s residents have not been consulted or informed of plans to turn the old ambulance station on Hermitage Road in to a ‘masjid’, otherwise known as a mosque.

The Council apparently say they’re “looking into it”.

Solihull community centre will not become a Mosque – councillor

The Islamic organization has taken down their website. (One of course must wonder if there list of guest speakers may have presented a problem for them, or photos of them engaging in mosque like activities, or at least why they took down their site?)

What people need to do is to write to the Council about this: [email protected] or via the online petition above. This will get the council to investigate and, should get them to require this place to submit a planning application for use for worship, which was never included in the “conference centre and training facility” planning application of 2013. Local people can then go into action to get this planning application refused.

Thank you all who helped find this information for this post.