2. First official statement from the NSA on the attack on their facilities today

(I have no idea why it is in this format)

Video on this issue where the usual denials and obvious untruths are made by government. The new Normal in Obama’s fundamentally changed world.

It’s not clear why the men were trying to enter the facility, but one senior U.S. official called it a “local criminal matter.”

(It is interesting how before anyone ever knows anything about an obvious terrorist attack the one thing they always do know is, its not a terrorist attack. Also, what does “dressed like women” mean? Did they wear miniskirts, a tight blouse with spaghetti straps and lipstick? Or was it a couple of burkas?)

3. Obama toys with cutting Israel adrift in the Security Council.

Immediately after Israel’s March 17 election, Obama administration officials threatened to allow (or even encourage) the U.N. Security Council to recognize a Palestinian state and confine Israel to its pre-1967 borders. Within days, the president himself joined in, publicly criticizing not just Prime Minister Benjamin Netanyahu, with whom Obama has had notoriously bad relations, but sectors of Israeli opinion and even Israel itself. 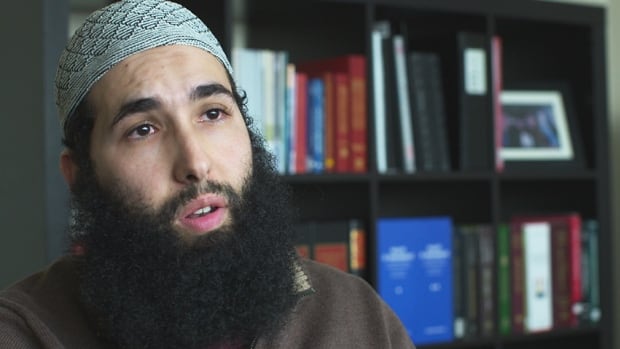 Controversial imam Hamza Chaoui has had his lawyer send a letter to Montreal Mayor Denis Coderre asking him to retract statements he made in public — or face a lawsuit.

Chaoui said he was unjustly accused of being an agent of radicalization by elected city officials and the mayor, and if he doesn’t get a public apology from Coderre he’ll sue for damages plus interest.

(I believe that every aspect of the appearance of the religious tard denotes degree of religiosity and commitment to jihad etc. For example that cap may mean he has been to the haj in Mecca. I am still looking for a good site that gives a good list of the meanings of how the facial hair is kept or not and the details as they grow increasingly important for the other people in Western cities)

A blogger was hacked to death by three Muslim attackers in Bangladesh’s capital because of his anti-Islamic writings, police said today.

Washiqur Rahman Babu was declared dead as he was taken to a government hospital shortly after being attacked in Dhaka’s Tejgaon area.

The captured suspects were students at separate Islamic schools and the third suspect fled the scene, he added.

The killing took place a month after a prominent Bangladeshi-American blogger known for speaking out against religious extremism was hacked to death in Dhaka. a couple of perps

More later. Hopefully the Geert Wilders video from Vienna will be ready tonight. Although I am editing the German version and the subtitling will be the last phase, I can already tell ilinksts a great speech and it was warmly received.

Thank you Buck, Tundra T., M., Richard, Yucki, Wrath of Khan and all.

17 Replies to “Lawfare in Canada, some transvestites attack an NSA facility and freedom of speech hacked with a cleaver: Links 2 on March 30 – 2015”