Islamic fanatics stopped their rickshaw, dragged them out and hacked Avijit to death. The wife of Avijit is alive but badly injured.

(Older piece but needs to be seen)

5. Jihadi in London waxes romantic about Jihadi John, the Islamic State executioner who then goes on to blame the UK and its culture for why he does what he does.

Notice the prayer stain on his forehead. One can determine the value of what a person says as inversely proportional to the diameter of his zebiba.

7. More on the well off Kuwaiti who is the executioner for the Islamic State, busting the absurd myth once again that all they need is jobs.

8. Please see the Gates of Vienna translation and the commentary on the dispute between the teacher and supervisor over the ‘right’ of a muslim pupil to disrupt a class to insist that all Jews are liars etc.

In this image posted on a militant social media account by the Al-Baraka division of the Islamic State group on Tuesday, Feb. 24, 2015, a fighter fires a heavy weapon mounted on the back of a pickup truck during fighting in Tal Tamr, Hassakeh province, Syria. AP Photo

A prominent bishop on Feb. 25 accused Turkey of preventing Christians from fleeing Syria while allowing jihadists responsible for their persecution to cross its border unchecked.

Jacques Behnan Hindo, the Syrian Catholic Archbishop of Hasakeh-Nisibi, made the claim on Vatican Radio, a day after the Islamic State of Iraq and the Levant (ISIL) group abducted at least 90 Assyrian Christians from villages which had been under the control of Kurdish forces.

“Every day, families are emigrating from Damascus by plane because of the blockade we have around us,” the bishop said. 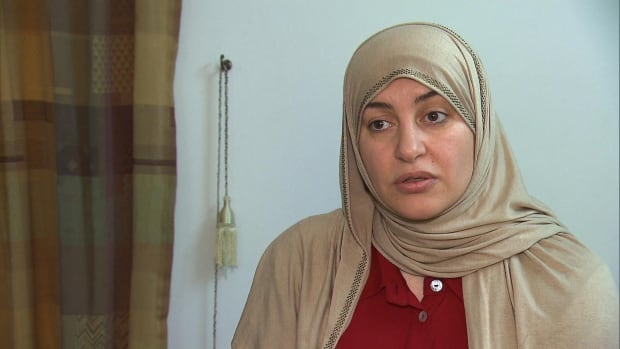 (IS it time to learn French and move to Quebec? I think I can live on poutine)

“The same rules need to be applied to everyone. I will therefore not hear you if you are wearing a scarf on your head, just as I would not allow a person to appear before me wearing a hat or sunglasses on his or her head, or any other garment not suitable for a court proceeding.”

El-Alloul was in court to apply to get her car back after it was seized by Quebec’s automobile insurance board, the SAAQ.

(This judge is too reasonable to actually spend much more time on the bench in a post modern world. Respect to her indeed. But my favorite part of the CBC take on it is how this woman says that the day she arrived in Canada with her hijab on she swore to be a good Canadian. Which to her I guess means living on welfare with kids you can’t afford, getting your license suspended then driving anyway. Funny the CBC didn’t think to ask her what she thought being a good Canadian is)

Thank you Draculea, M., Yucki, Richard, Don C., GoV., and many many more and much more to come. In fact some startling things to come.

10 Replies to “Quebec continues to protect its own values and more horror, hypocrisy and evil from islam: Links 3 on Feb. 26 – 2015”