(I hope to have some more on this later. There are connections between members of this group and various institutions in Ottawa and London On. which need to be exposed) 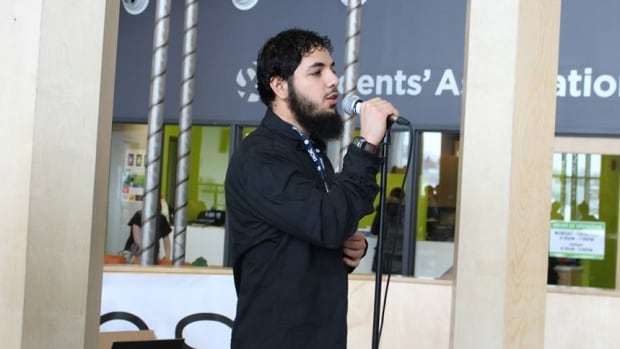 Three Ottawa men were charged Tuesday by the RCMP Integrated National Security Enforcement Team (INSET) with taking part in activities related to financial and ideological support of ISIS, the jihadist group that controls large regions in Iraq and Syria.

2. Marc Lebuis on Harper’s references to jihad dissemination via mosques in Canada

(One thing Mulcair missed was that the muslim community consistently fails to apologize to Canadians for the number of times that jihadis have attacked and attempted to attack Canada and the mosques that do preach jihad. Why does no one ever ask that?)

3. Jordanian King says Islamic State capture and slaughter of Jordanian pilot in jihad against all non-Muslim governments has nothing to do with Islam

Radical Islamists associated with the Islamic State (ISIS/ISIL) and jihad celebrated the gruesome death of innocent Jordanian pilot Mu’ath al-Kaseasbeh on Twitter. The terrorists burned him alive and recorded the death, which was released online.

“I do believe my actions to have been permissible in Islamic law, although I admit that many people would dispute that and disagree with me on that point,” Reid wrote in one of a series of letters with researchers from the Virginia-based Justitia Institute who reached out to him last June.

“However, at the same time I also believe that it wasn’t supposed to happen, not because it was displeasing to God … and rather because (a) it was not either my time to die nor that of those on the plane with me and (b) He had other plans for me which include my staying in prison,” he wrote in a letter signed with the name Abdur-Raheem.

(Is it just me, or is that kinda funny in a twisted way? ‘Allah’ and the US federal government both agree that he should stay in prison)

BUENOS AIRES — Alberto Nisman, the prosecutor whose mysterious death has gripped Argentina, had drafted a request for the arrest of President Cristina Fernández de Kirchner, accusing her of trying to shield Iranian officials from responsibility in the 1994 bombing of a Jewish center here, the lead investigator into his death said Tuesday.

The 26-page document, which was found in the garbage at Mr. Nisman’s apartment, also requested the arrest of Héctor Timerman, Argentina’s foreign minister. Both Mrs. Kirchner and Mr. Timerman have repeatedly denied Mr. Nisman’s accusation that they tried to reach a secret deal with Iran to lift international arrest warrants for Iranian officials wanted in connection with the bombing.

7. Fashion center pics from the Islamic State (Sample below)

Thank you M., Draculea, Bains, ML., UK Pete, Buck and many more. It is a busy day and more to come. The Ottawa bust needs details certainly and I hope to present them.