Below, a screen grab of a google translate from this website 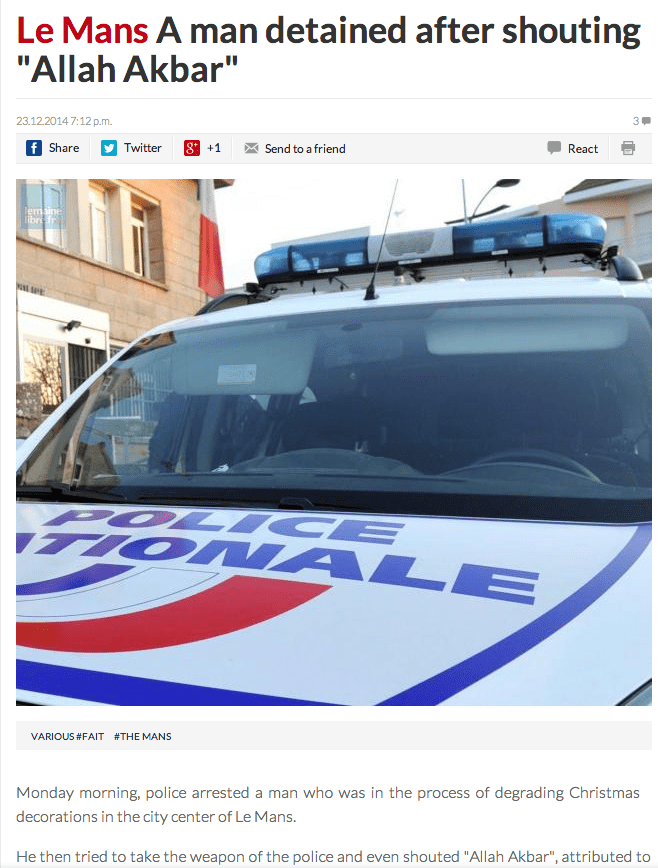 12 Replies to “Another (low level) attack in France.”