A Muslim couple were jailed today for glorifying the murder of Lee Rigby in videos posted on YouTube.

Rebekah Dawson, 22, and her husband Royal Barnes, 23, recorded and uploaded three videos shortly after the murder in Woolwich, south east London, last May. 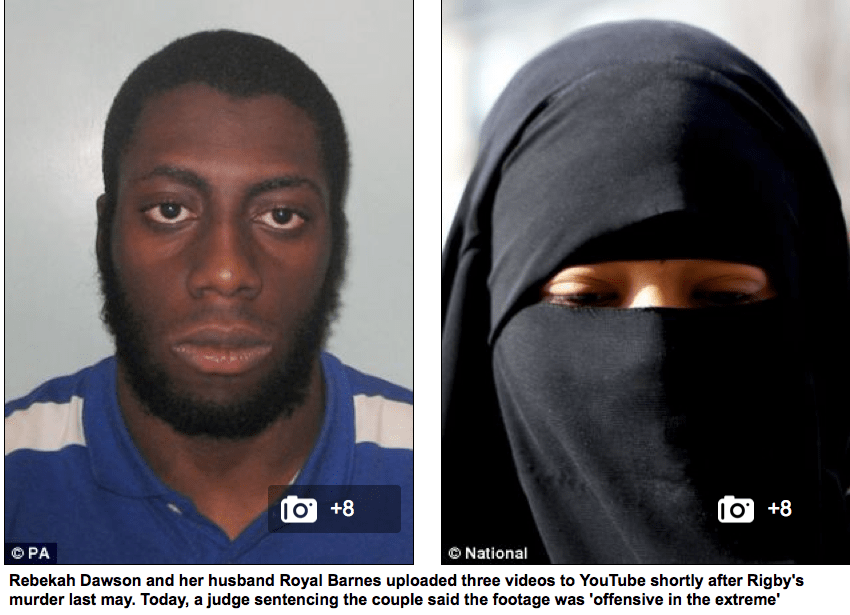 Click over to the Daily Mail for the whole story.