We here at VTB are still working to stabilize and establish all services and so on. The move, like all moves, can be stressful and cause unforeseen problems. But they do appear to be getting sorted out. So please let me know if you have any problems with comments by email or any problems with email by comment 🙂

Once fixed, it should be better than ever.

Despite Prime Minister Benjamin Netanyahu’s continued requests of the Palestinians to recognize Israel as a Jewish state within the framework of negotiations for peace, the American State Department spokeswoman Jen Psaki reportedly stated in an interview with the “Al-Quds” newspaper that the Palestinians need not heed Netanyahu’s request.

(Aww isn’t that nice of the US to set Israel’s terms for them?)

Libya’s navy and pro-government militias have dispatched boats to a port held by armed protesters to stop a North Korean-flagged tanker from leaving with crude sold without government permission, officials said on Sunday.

The tanker docked on Saturday at the eastern terminal of Es Sider, one of three ports seized by rebels since August to press demands for autonomy and a bigger share of oil revenue. Local daily al-Wasat said the ship had loaded $36 million of crude.

3. ‘I knew I was in over my head’: Trained terrorist explains why he quit the jihad as he testifies in trial of Osama bin Laden’s son-in-law

An American who trained at an al-Qaeda camp in Afghanistan in the spring of 2001 before losing his nerve testified Thursday how he encountered Osama bin Laden and the terror group’s spokesman at a safe house — and that bin Laden hinted that a suicide attack on U.S. soil was in the works.

‘Just know you have brothers willing to carry their souls in their hands,’ bin Laden told the witness, Sahim Alwan, and other recruits, Alwan said on the witness stand in federal court in Manhattan. 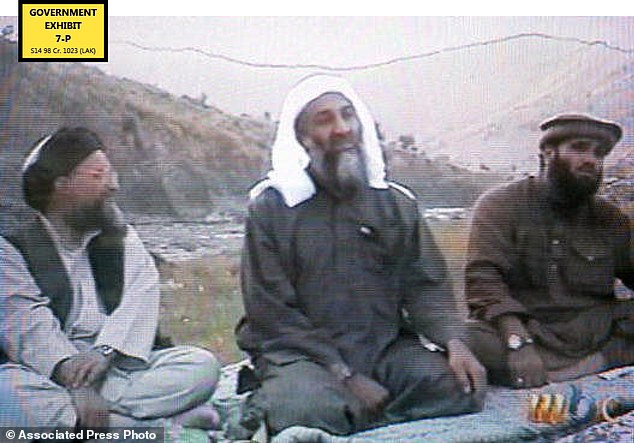 Signing them up: Osama bin Laden’s son-in-law Suliman Abu Ghayth (right) is currently on trial in New York for recruiting terrorists before 9/11

Primarily Muslim, the Tatars of Crimea were instrumental in making the peninsula one of the centers of Islamic culture. They were also known as slave traders who raided lands as far north as modern-day Poland.

The Tatars didn’t fare well in the Crimean War or in later conflicts, and many fled the region. Soviet leader Joseph Stalin may have dealt the Tatars their cruelest blow: By shipping food out of Crimea to central Russia in the 1920s, Stalin starved hundreds of thousands of Tatars. 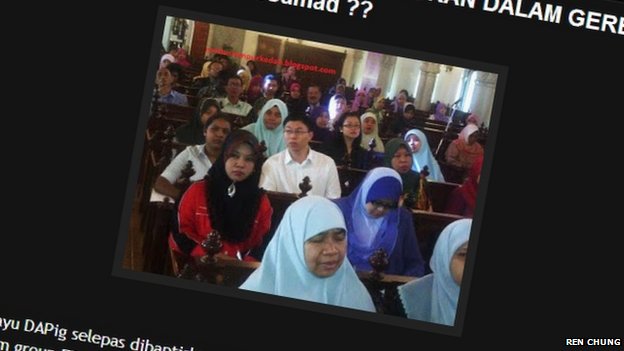 A photograph of Malaysian men and women attending a conference in what looks like a church has apparently been used to illustrate claims that they were Muslims who had just been baptised into the Christian faith.

The image shows a number of people, including human rights activist Yu Ren Chung, sitting in pews at a 2012 event held by the International Institute of Islamic Thought and Civilization in Kuala Lumpur. What was passed off as a church was, in fact, the main hall at the city’s International Islamic University, the Malaysiakini news website reports.

Thank you M, Fjordman and all.