We Europeans do not have an obligation to destroy ourselves. Africans, Muslims and others are adults and should be able to fix their own problems. Moreover, Europe and the wider Western world simply don’t have the strength to fix all of the problems of Africa, the Islamic countries and the rest of the developing world, even if we wanted to.

The full extent of the shocking links between three senior Labour figures and a vile group that tried to legalise sex with children can be exposed today. 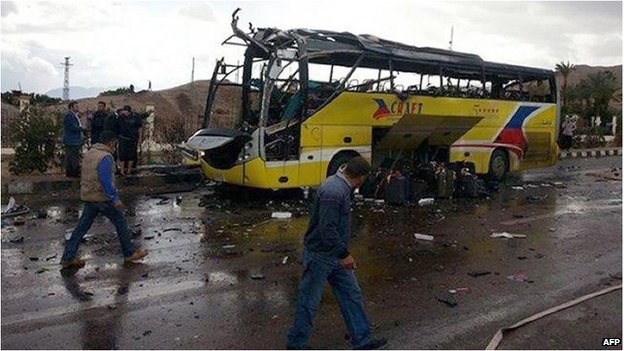 Ansar Beit al-Maqdis has claimed responsibility for an attack on a tourist bus on Sunday.
Continue reading the main story

Officials say they are taking seriously a reported ultimatum by Islamist militant group Ansar Beit al-Maqdis for tourists to leave the country.

4. Tony Pua Ticked Off For Chiding Fatwa On Valentine’s Day

(You may have to read this one a couple of times due to the massive cognitive dissonance you may experience the first time through. In essence, in Malaysia, if you pass a religious decree telling all muslims not to celebrate Valentines day, that somehow is good for community harmony and peace. But if you criticize that decree on a Facebook post, that should be punished as a threat to community harmony. As usual, islamic logic is from the other side of the looking glass)

5. David Wood: Muhammad and Black Magic: A Tale of Bewitchment in Sahih al-Bukhari

6. Interesting article from the Ottawa Citizen on the Bulgarian protests. Comments are interesting as well. Arun offers this bit of historical material on Islamic usurpation of existing holy sites to augment yesterday’s post.

More to come. Sorry to say.