1. I would guess the payload of this device would be in the area of 25 lbs. 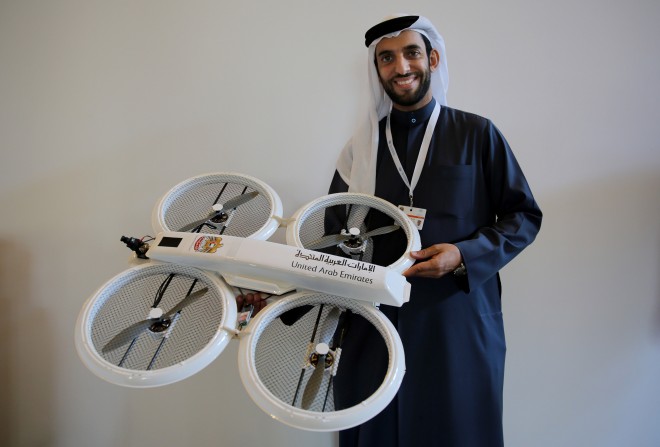 2. More bloodshed in Nigeria: ‘I do not know what to call those barbarians’

Jos, Nigeria (CNN) — In yet another gruesome attack in Nigeria, suspected Boko Haram militants torched houses in a Nigerian village and killed at least 23 people, a local governor said Wednesday.

Gov. Kashim Shettima, the leader of Nigeria’s Borno state, told reporters that he personally saw more than 23 bodies buried in the village of Konduga after an attack Tuesday night.

3. British jihadist who died driving truck full of explosives into Syrian prison is revealed to be former driver for hate cleric Omar Bakri as footage of his suicide assault emerges

The British father-of-three who blew himself up at a Syrian jail drove hate preacher Omar Bakri to his local mosque in Sussex twice a week, it has been revealed.

Bakri – a co-founder of the Al-Muhajiroun hate group who was banned from Britain in 2005 – said 41-year-old Abdul Waheed Majeed was a ‘very dear brother’.

The Dutch counter terrorism organisation NCTV is trying to have a fledgling Dutch Islamic radio station closed down for transmitting ‘jihadist ideas’.

Internet based Radio Ghurabaa has been broadcasting Dutch and English language sermons for just three weeks but the NCTV fears it could lead Dutch youngsters to travel to Syria and take part in a ‘holy war’.

(Does the CBC have branches in the Netherlands?)

A Facebook campaign has been set up in support of a woman who was inundated with hate mail and death threats from her own community for opening a wine bar.

Still no arrests in the case of a serial sexual offender who police say is responsible for at least three sexual assaults over a 17 month period.

Police are now renewing a plea for the public’s help in the case.

Last month police said the man, who is described as being of Middle Eastern descent, with a slim to medium build, and a prominent nose, may be linked to an additional seven unsolved sexual assault cases.

Thank you UK Pete, Fjordman and all who sent in material. Also, the thread that has garnered over 100 comments now is still active although it is slowing down. This comment thread is a truly excellent education in Islamic tactics and rhetorical devices when faced with polite and accurate historical information and Islamic scripture. If you have the time, have a look. There are three pages with links to newer pages of comments at the bottom.